A Look at Today

On April 30, 2018, President Phillip J. Hanlon ’77 announced “The Call to Lead: A Campaign for Dartmouth,” with a $3 billion fundraising goal to conclude in 2022. The Call to Lead is meant to transform Dartmouth, and the language of figurative accessibility can be found frequently throughout the campaign website in reference to providing new opportunities to Dartmouth students. However, a featured campaign includes future renovations to Dartmouth Hall. The Office of Planning, Design & Construction was able to confirm that the new plans for Dartmouth Hall will fully comply with regulations set forth by the Americans with Disabilities Act (ADA) and the International Building Code (IBC), including the addition of an elevator and accessible restrooms. For the first time in Dartmouth’s 250 years, community members who cannot make use of stairs will be able to look out at the Green from the upper floors of Dartmouth Hall, one of the College’s most iconic buildings.

In the Spring 2019 term, the English Department offered a course in Disability and Literature by Professor Michael Chaney and Professor Sara Biggs Chaney, whose scholarship has touched on the representation of autism in graphic novels and the rhetorical history of autism respectively. Later that same year, the Institute of Writing and Rhetoric’s senior lecturer Annika Konrad started offering a freshman writing class section on the rhetoric of disability and accessibility. While there have been certain courses throughout the years, such as “Music and Social Identity” by Professor William Cheng, that explore critical applications of disability in the humanities, these courses focus primarily on disability as an academic lens.

While all the above certainly indicate progress in terms of the social construction of disability on Dartmouth’s campus, there is much room for the College to grow. In April 2017, a legally blind student in the Class of 2018 filed a lawsuit against Dartmouth for failing to “adequately provide the accommodations that she was entitled to under the Americans with Disabilities Act.” As a part of the settlement, this alumna has a protocol named after her—The Manella Protocol—under which the College will “implement new policies and procedures that will address the needs of students with disabilities, including a mandatory training program for faculty and staff.” 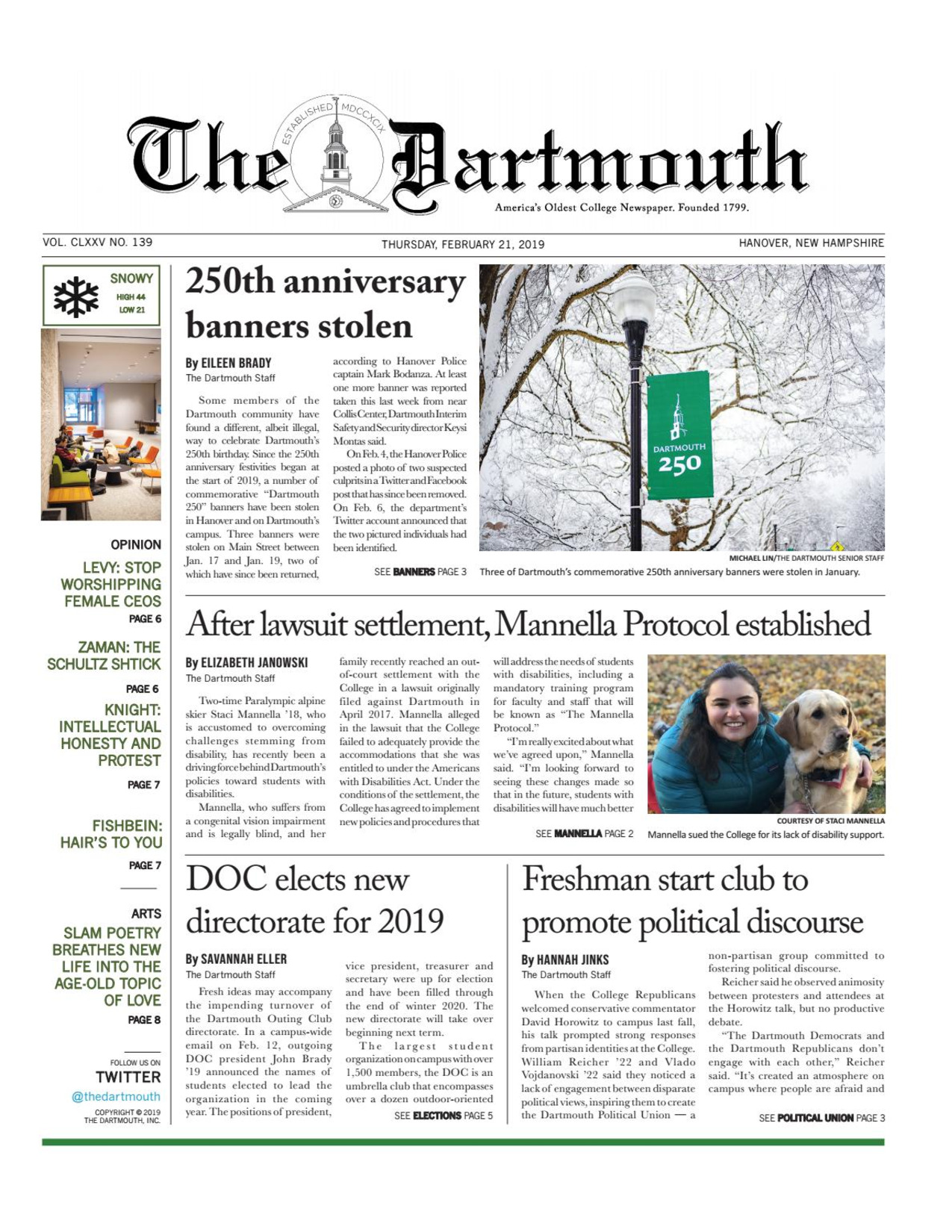 An article from The Dartmouth on the settlement of a lawsuit and resulting establishment of the Manella Protocol.