During this time period, Black students founded and contributed to multiple student publications. The use of print media gave them platforms to express themselves artistically, report community-specific news, and write articles about topics relevant to their own communities and struggles.

Unfortunately, finding records related to the establishment or history of many of these publications is difficult. In lieu of historical context, the materials here are some of my favorite portions of Blackout, Black Hand, and Black Praxis. 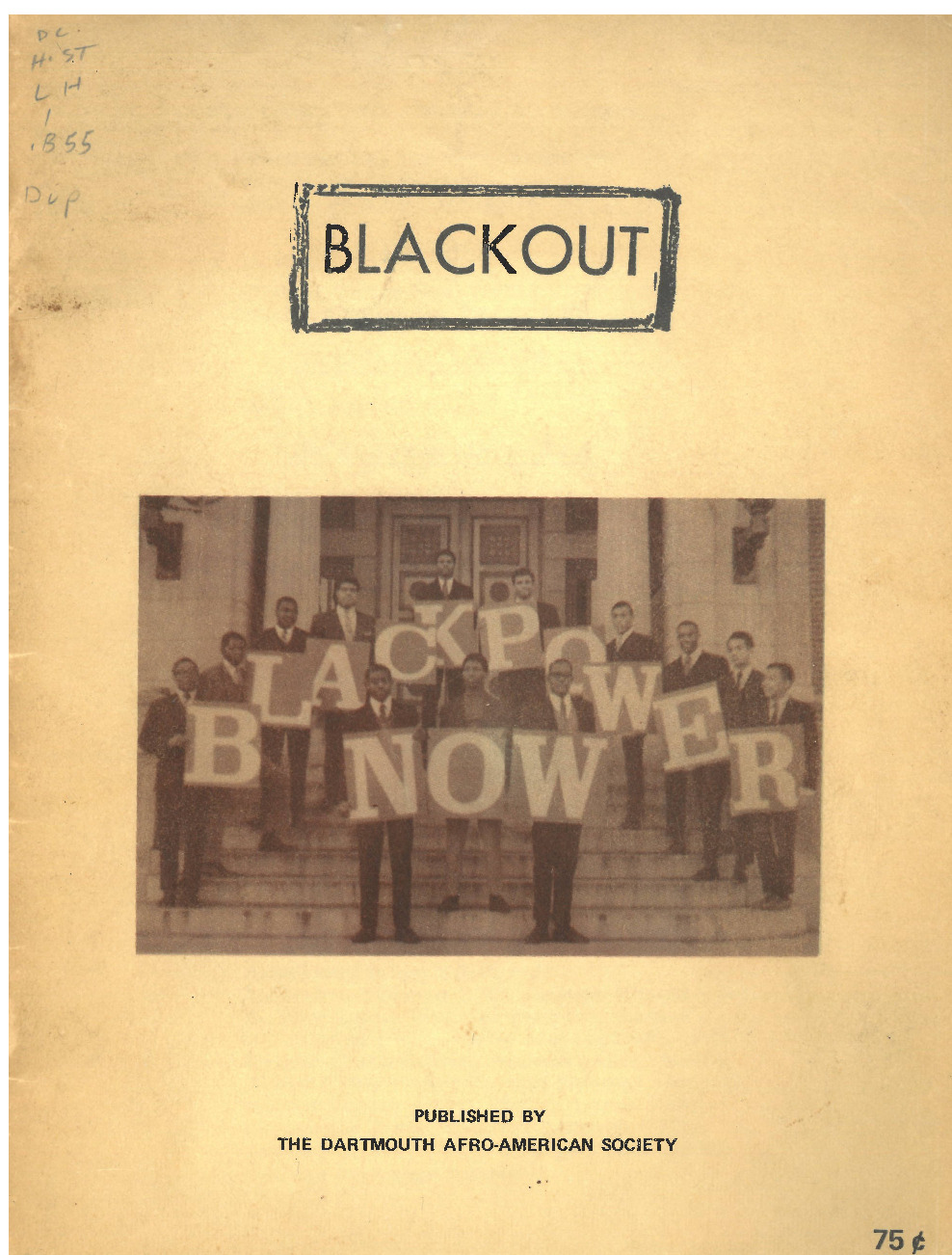 The first volume of Afro-American Society (AAS) student magazine Blackout, published in Fall 1967. The cover depicts AAS members holding signs that spell out “BLACK POWER NOW” on the steps of McNutt Hall, the home of the College’s administration offices. 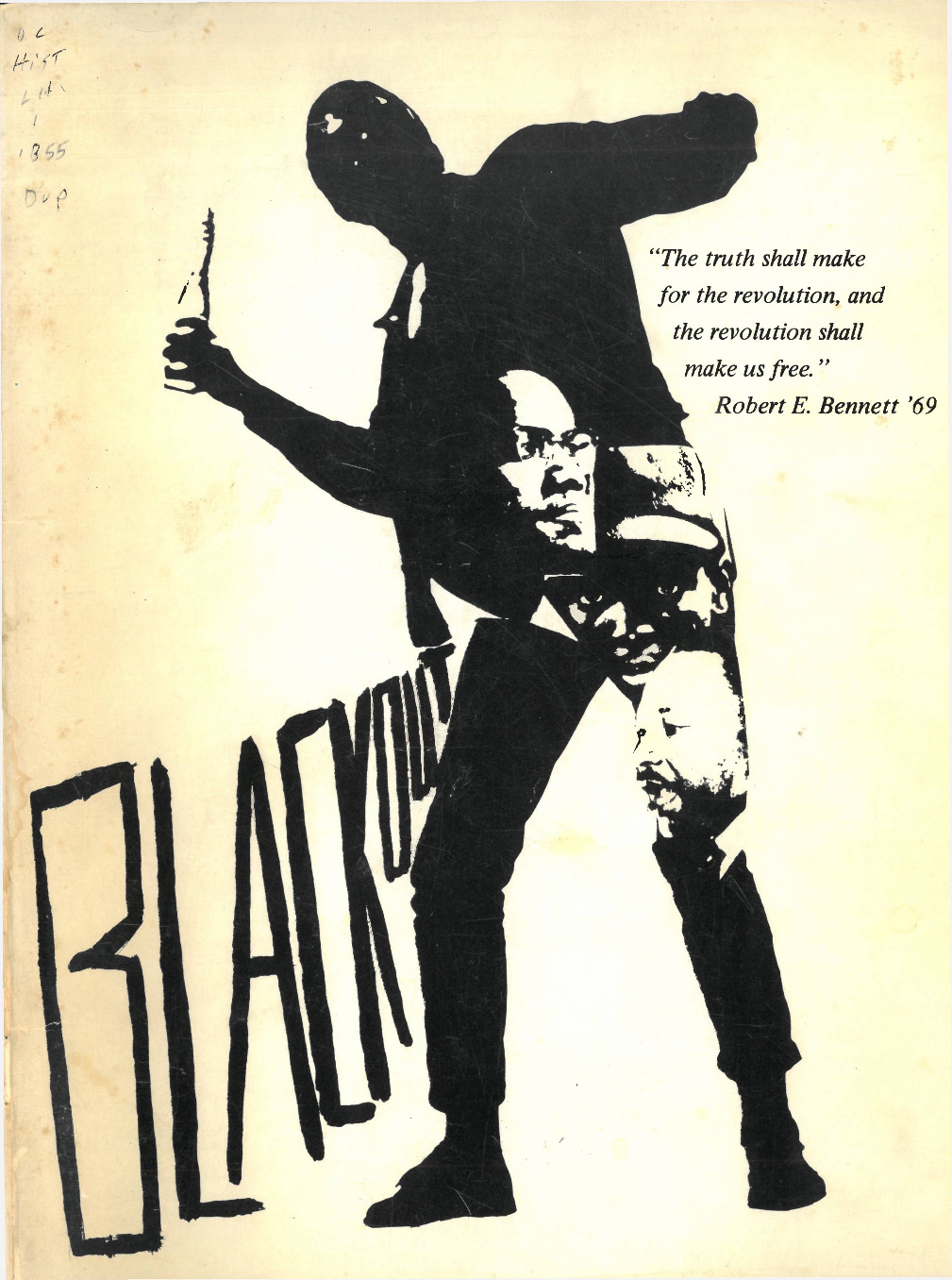 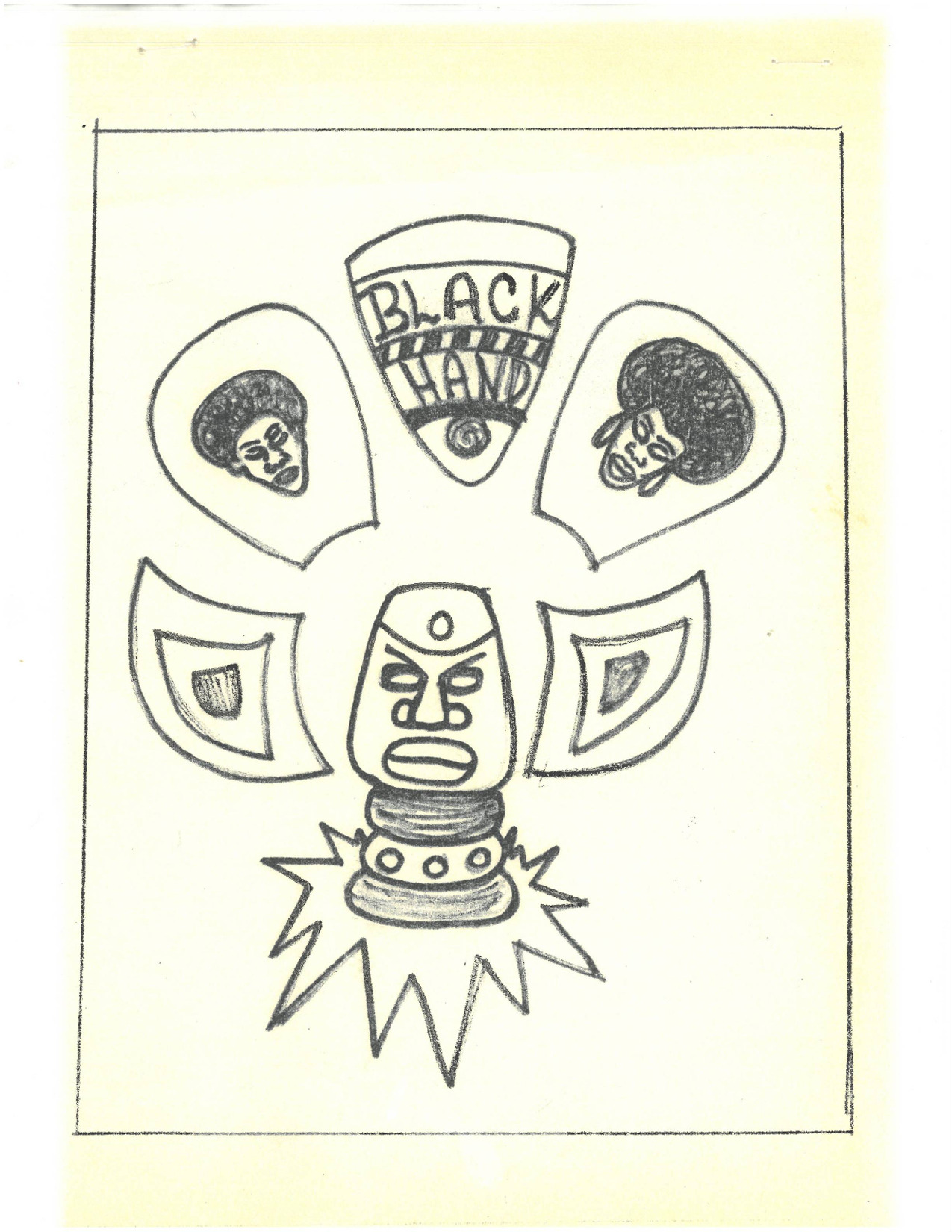 An issue of Black Hand, literary magazine and one of several publications dedicated to examining the Black experience at Dartmouth during the Civil Rights Movement. The staff briefing describes the publication as “allow[ing] us to reach further in that general direction of Blackness.” 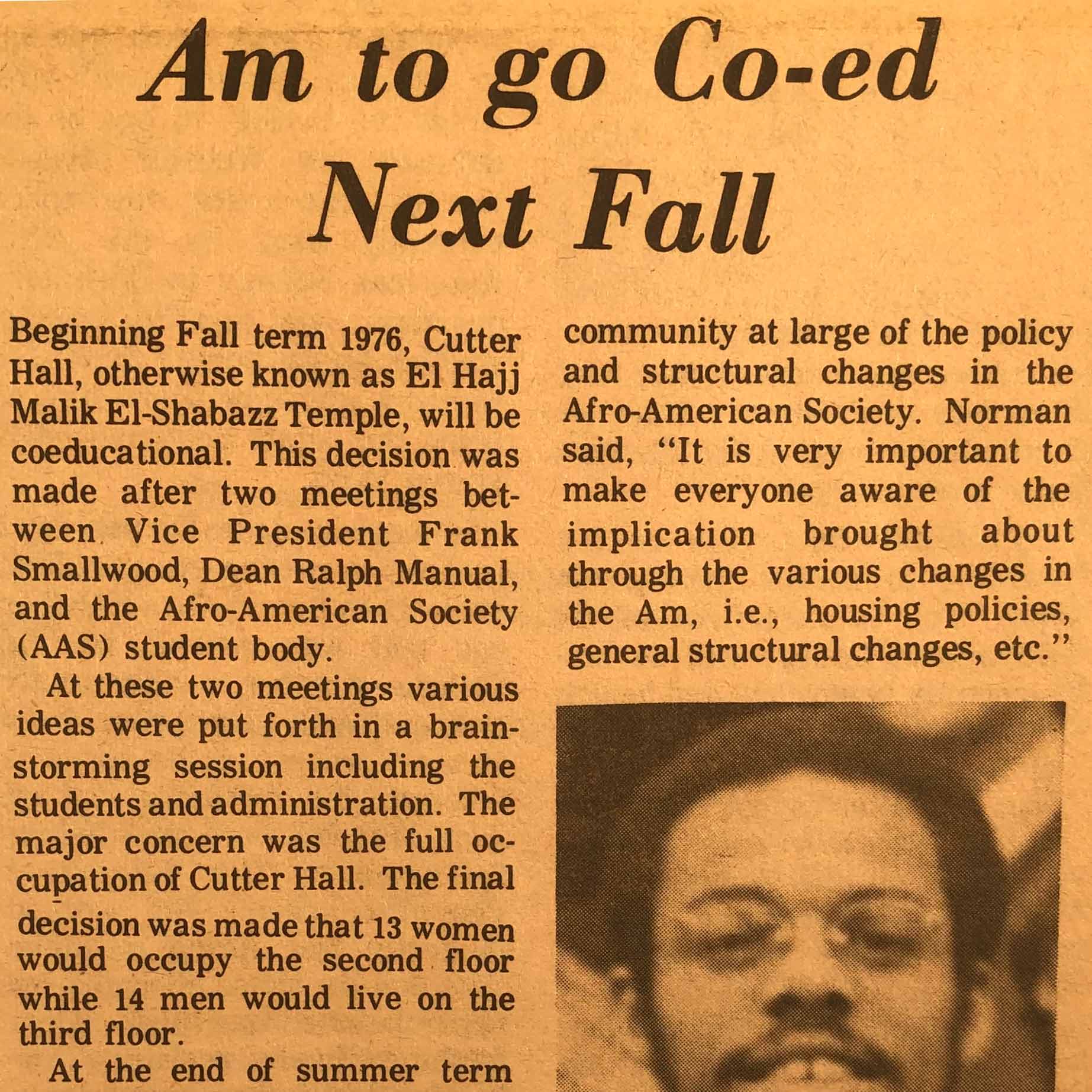 This article in Black Praxis reports on the decision made by members of Dartmouth’s Afro-American Society, Vice President Frank Smallwood, and Dean Ralph Manual to open 13 housing slots to women in the El Hajj Malik El-Shabazz Temple beginning in the Fall 1976, three years after the College became co-educational. 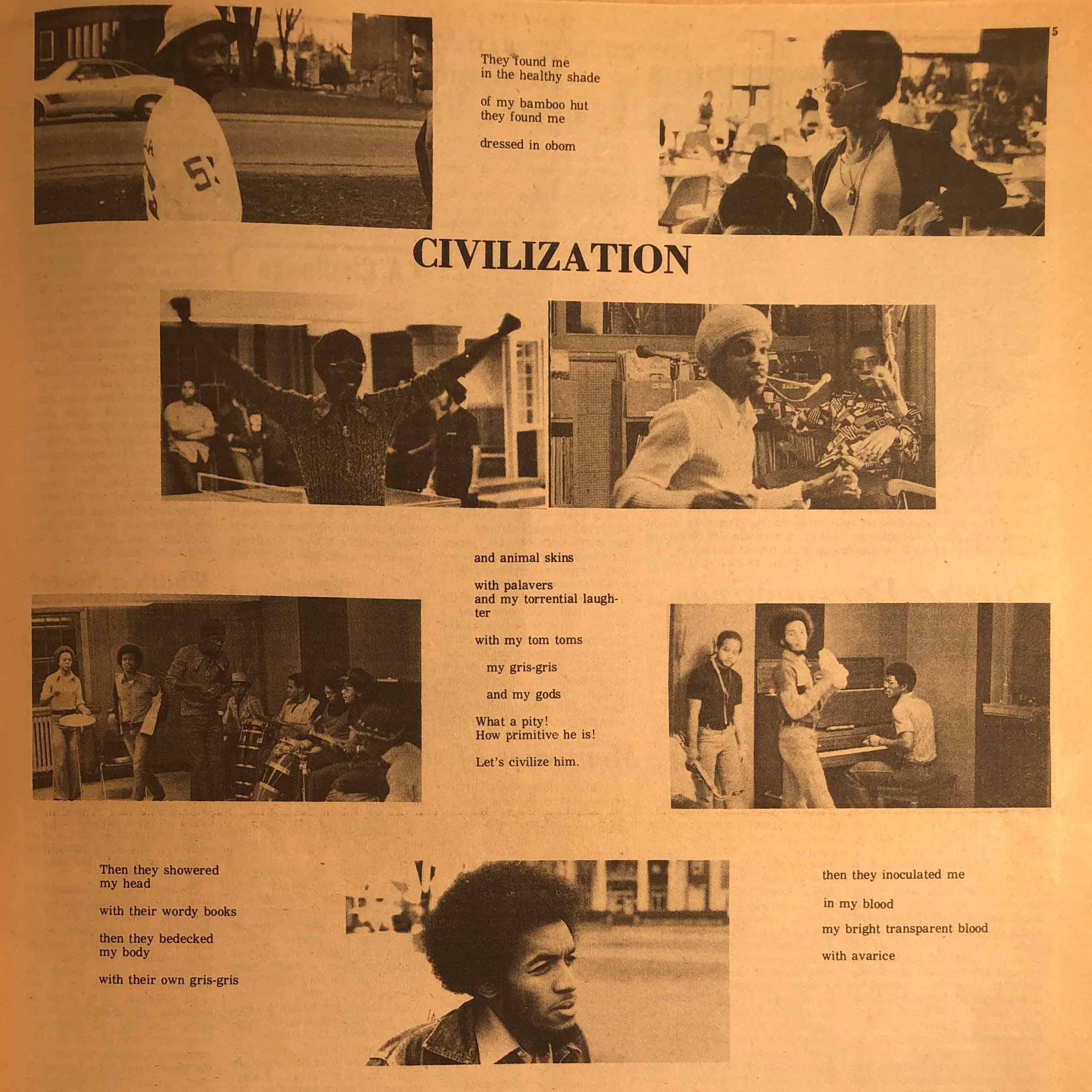 This collage in Black Praxis depicts images of Black students at Dartmouth interspersed with words from a poem by Cameroonian poet Philombe. “Civilization,” originally published in the book The Militant Black Writer in Africa and the United States, critiques colonization in Africa by underscoring the irony of Europeans seeking to “civilize” African peoples through assimilation into cultures ripe with vice and evil. 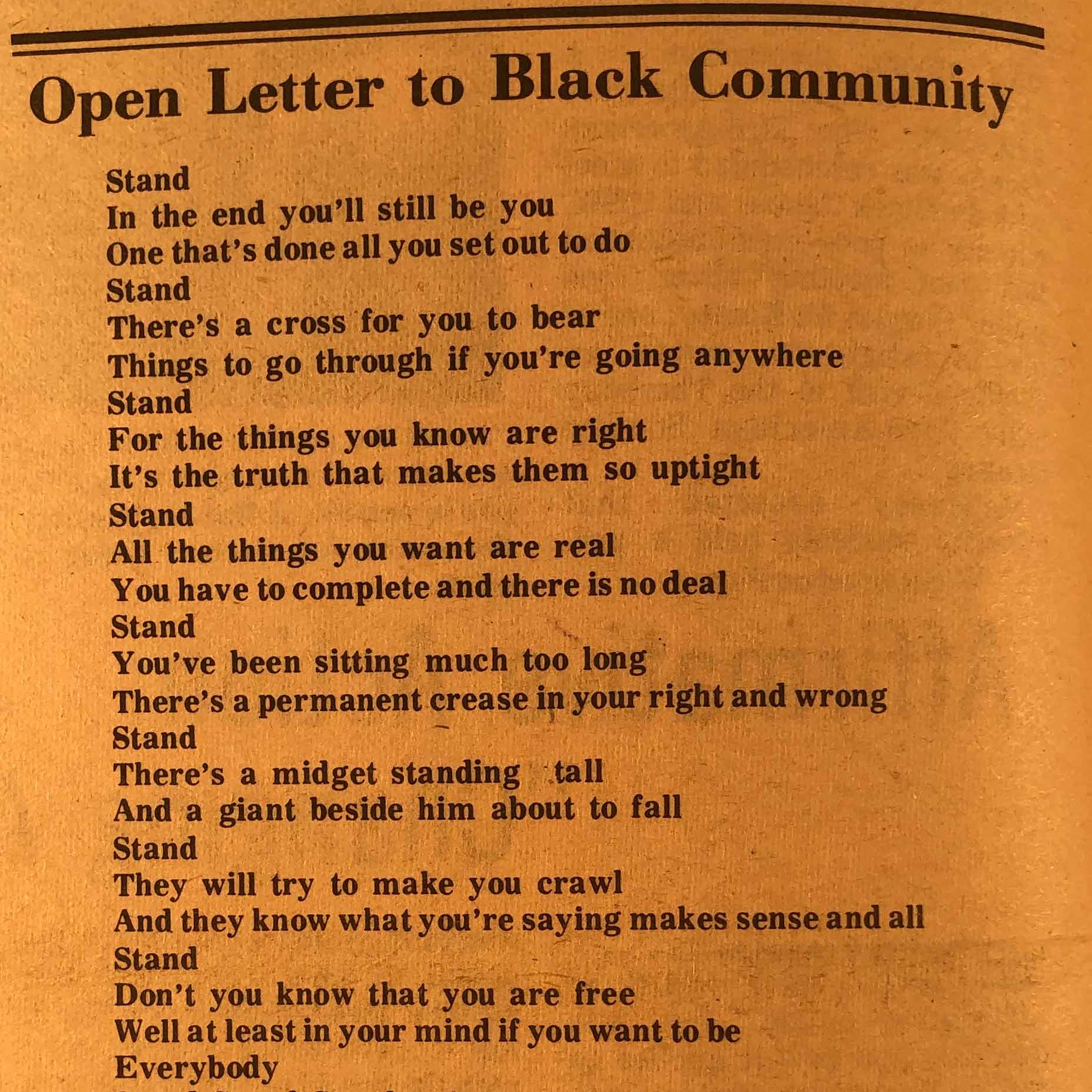 This poem in Black Praxis calls for members of Dartmouth’s Black community to stand in solidarity with one another and for what is morally right in the fight for equality. The poem's co-authors Eileen Cave, Monica Hargrove, and Judi Redding also collaborated on the July 1975 publication “Institutional Racism and Student Life at Dartmouth,” known colloquially amongst Dartmouth administrators as the “Redding Report.”