In the midst of the Civil Rights Movement, Black students on campus became cognizant of and dissatisfied with the fact that their history was underrepresented in academic courses. In 1969, the Afro-American Society presented an 18-point revision of Dartmouth’s commitment to Black students to the College, specifically calling for Dartmouth to develop a Black Studies major.

That same year, Dartmouth adopted Black Studies as a remedial academic program. At the program’s beginning stages, Dartmouth struggled with a number of issues, including establishing an all-encompassing curriculum that explored the entire spectrum of the Black experience, and hiring and retaining experienced faculty. Due to the frequent turnover of faculty, course offerings continuously changed to fit the interests and expertise of different scholars. Dartmouth was also confronted by the question of whether to open Black Studies courses to the entire student body or only to minority students.

The years 1972 and 1973 proved ushered in a period of transition for the program when a new chairman was hired. The first major task of the new Black Studies Chair was to make concrete steps to divest the program of its administrative responsibilities to the Afro-American Student Association, so as to clearly delineate academic and social supports for Black students. The Black Studies Program was relocated from the established “Am” building to Silsby Hall, where various social science programs were already being housed.

In 1973, a Visiting Evaluation Team and the Internal Committee on Instruction officially evaluated the program, recommending the continuation of the program for another five years and offering recommendations for improvements and sustainability. The years directly following proved to be successful for Black Studies, as the program stabilized and flourished in terms of course offerings, staffing, enrollment and scholarly activities. 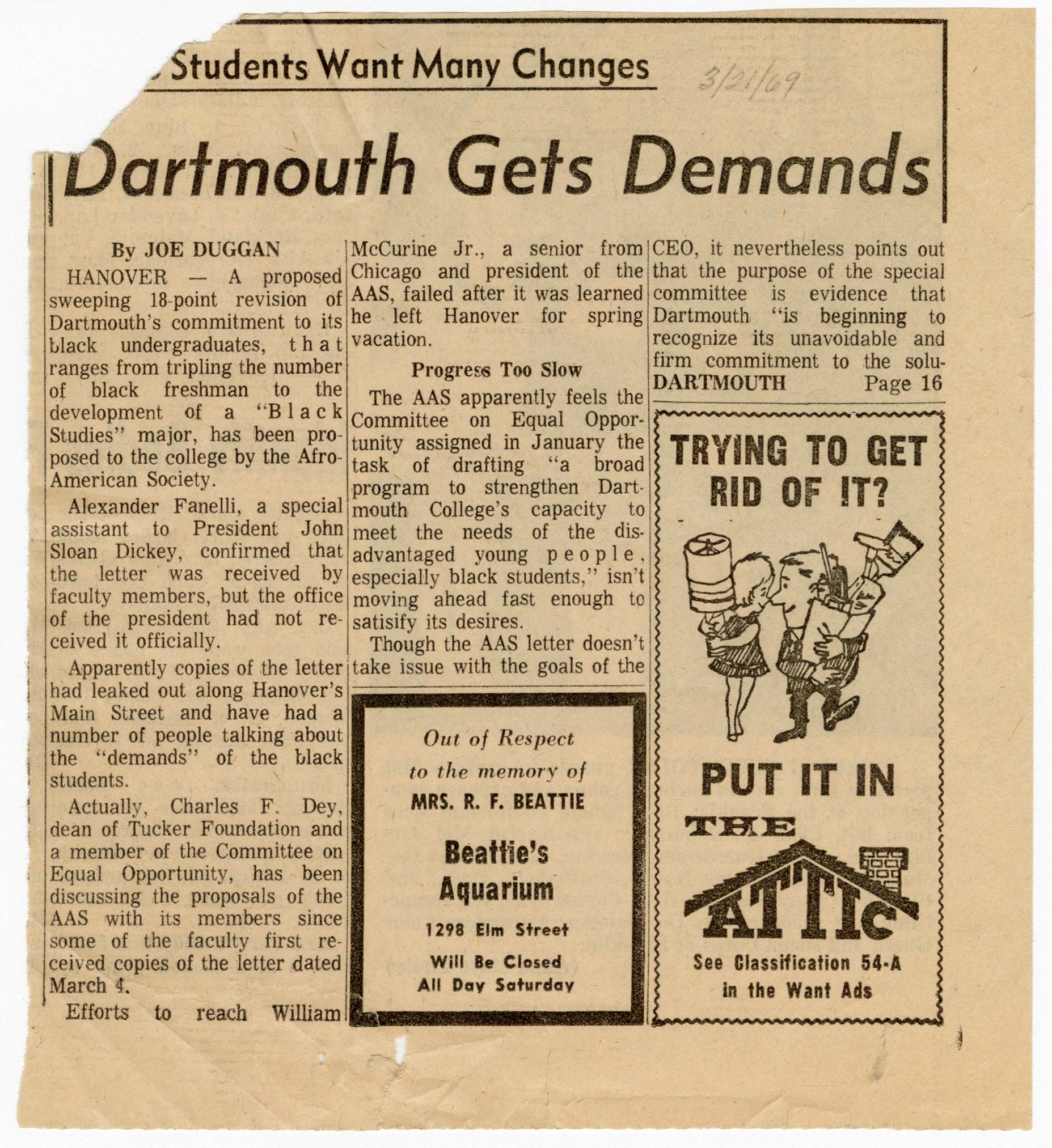 This article was published following the presentation of demands by Dartmouth’s Afro-American Society (AAS) to the College administration. The 18-point resolution was submitted to College officials to address Dartmouth’s recruitment and admissions policies, resources for current Black students, and the development of a black studies major by September 1970.

Compiled by members of an external review committee, this report acknowledges the weaknesses of Dartmouth’s program in addition to the valuable role it has played in the lives of interviewed students. The committee report concludes by asserting that a stronger Black Studies Program “can and must be established at Dartmouth.” 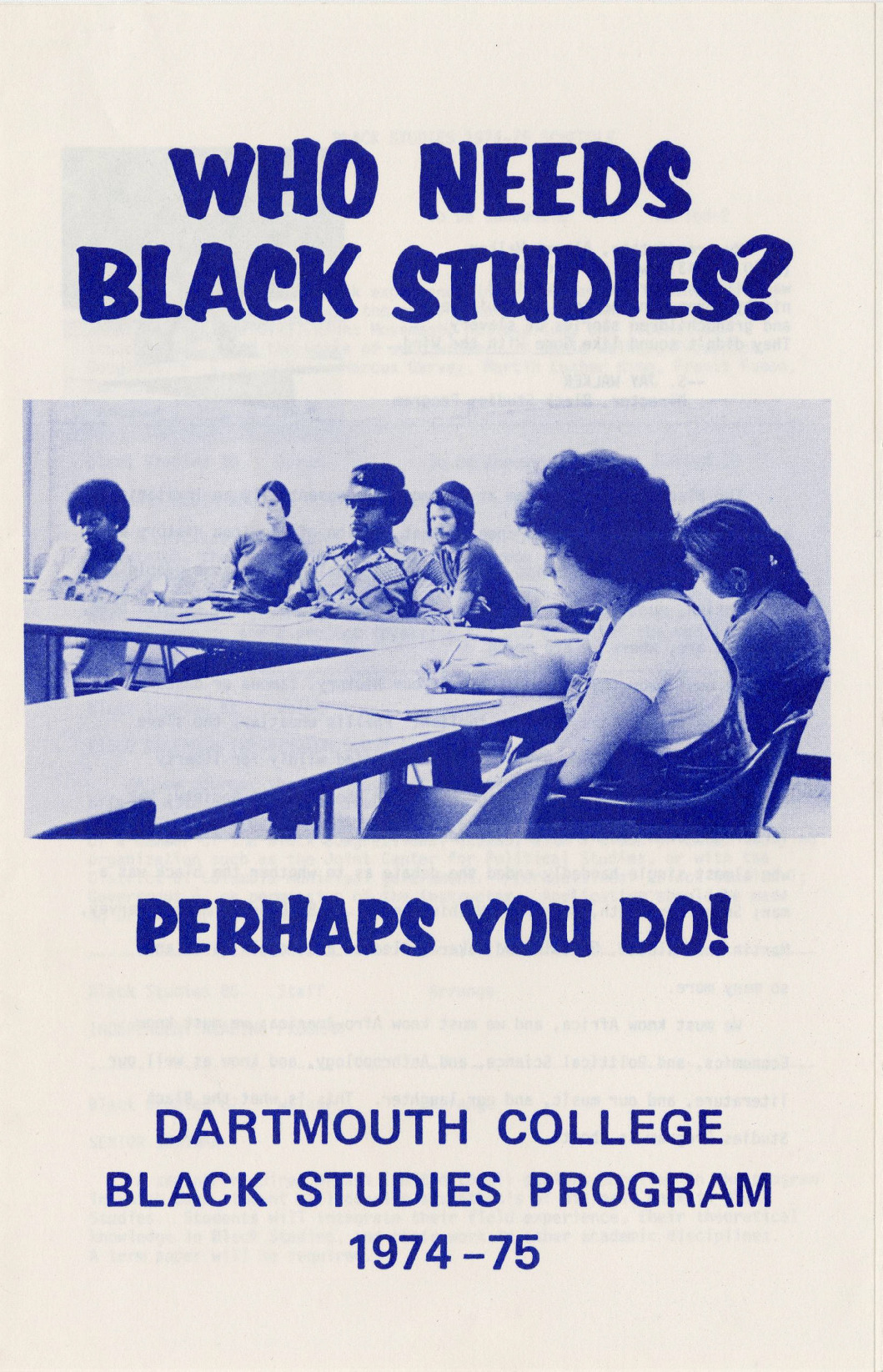 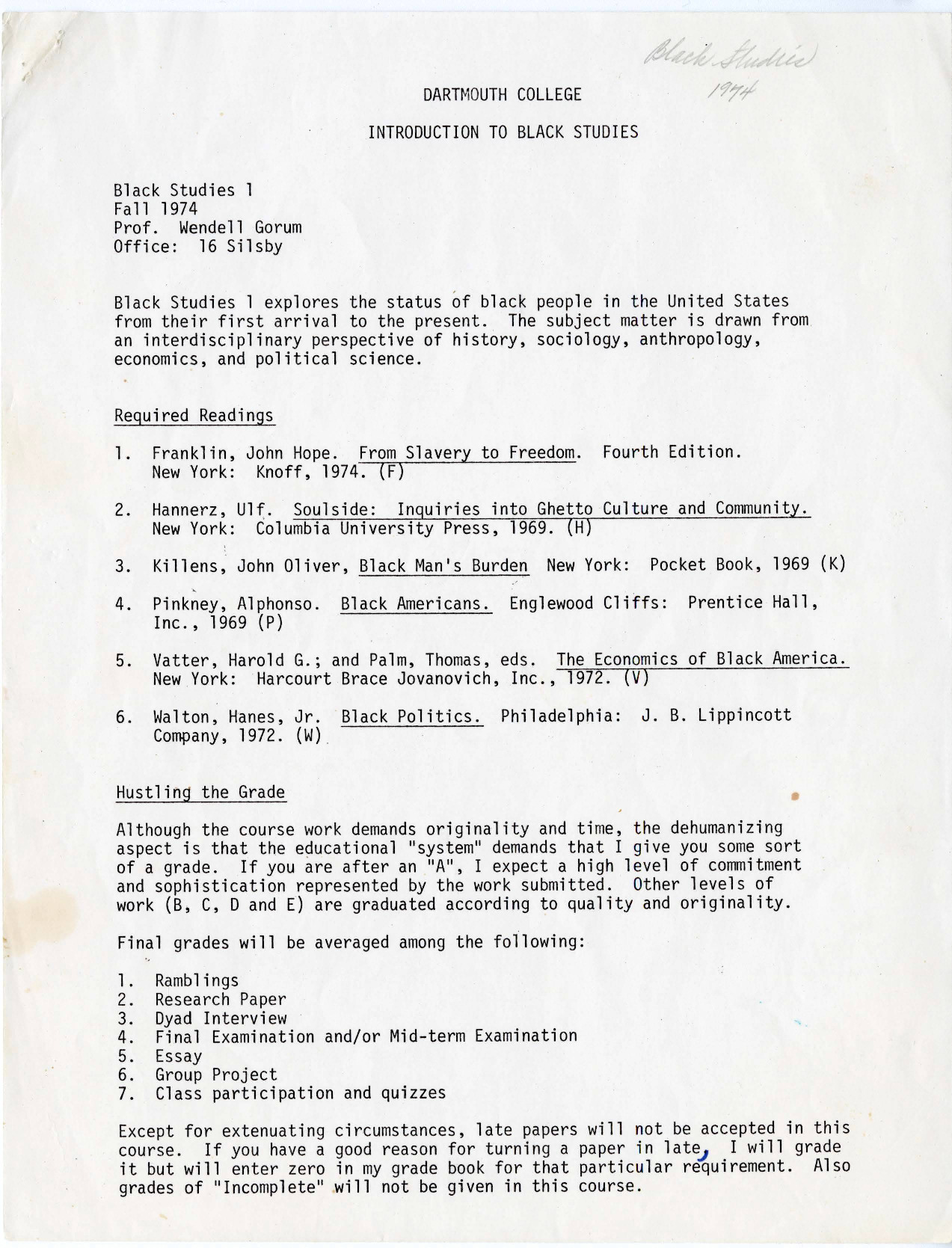 Professor Wendell Gorum’s “Black Studies 1: Introduction to Black Studies” syllabus for the Fall 1974 term. The class sought to explore “the status of black people in the United States from their first arrival to the present.” 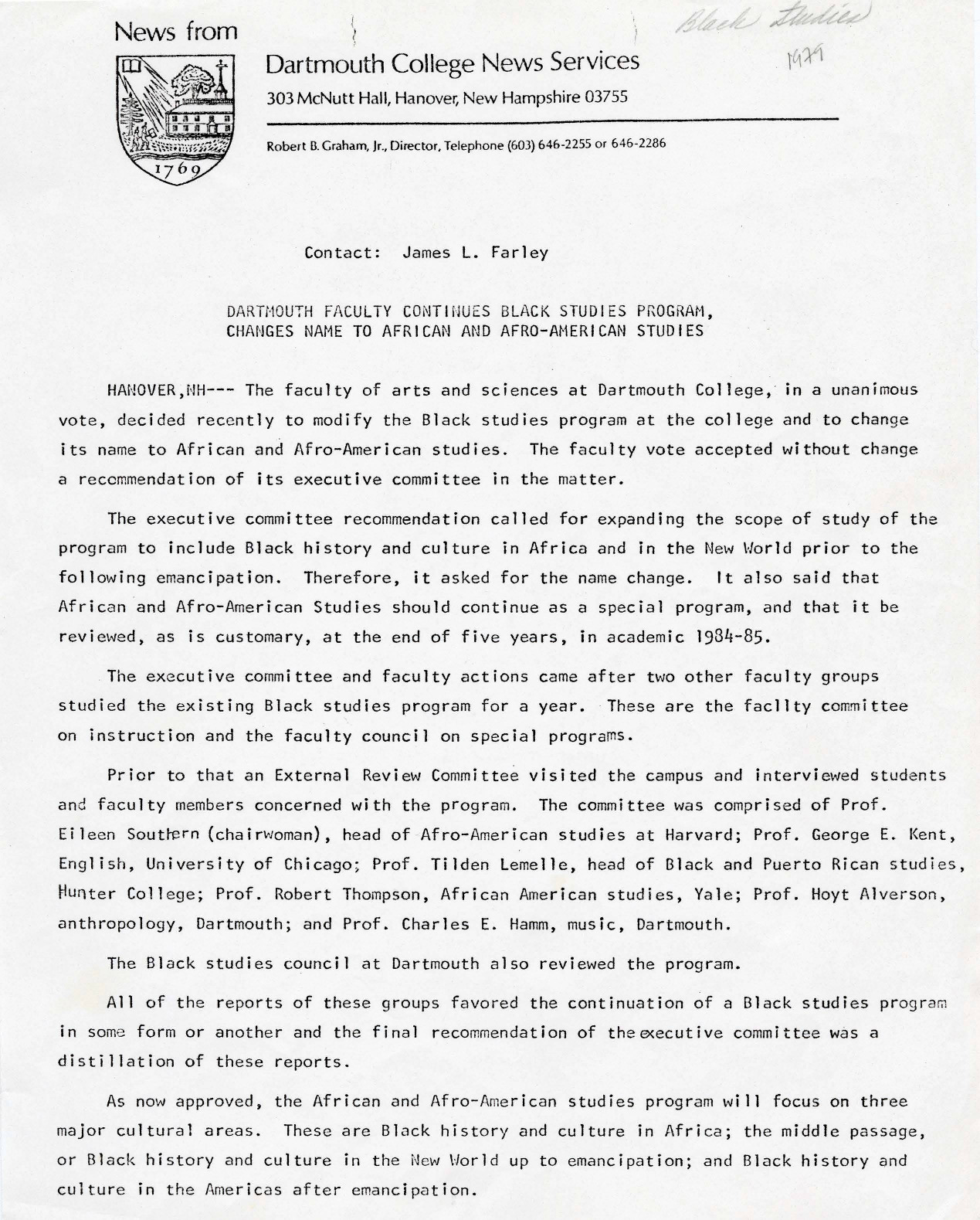