In the 1960s, the Afro-American Society initiated the Negro Applications Encouragement (NAE) program, which was later transformed into the Black Student Application Encouragement Committee (BSAEC). The program was founded with the intent of sending members of the Society to recruit Black students from their hometowns during breaks and vacations. The efforts proved to be successful, as more Black students applied to and were accepted by the College.

In his oral history, former Dartmouth Professor Richard Joseph '65 recalls his experience with the program’s beginning, explaining the methodology of the students:

“And so the students volunteered to go to their high schools, you know, during the holidays. We came up with a very simple formula. If the administration is seeing very few students applying, well, then, people will go back to their school and actually talk to the administrations and take the material from Dartmouth and say, ‘Yes, Dartmouth would like you to encourage students’ - at that time, you know, the term was ‘Negro students’ - ‘to apply to the college.”

He also mentions in his oral history that fairly soon after the program was founded, administration began its own efforts to recruit Black students. 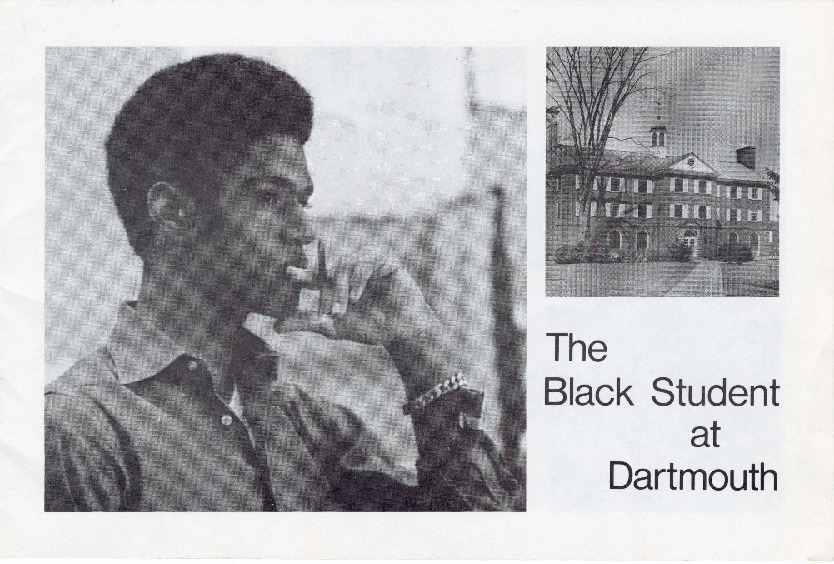 Compiled by Dartmouth undergraduates Albert Knight, A.J. Lonian, Bill Oldham, and George Riley, this informational pamphlet was used to recruit more Black students to Dartmouth College. In the publication, Black students are depicted in both academic and extracurricular settings and give testimonies about their college experiences.

Admissions Officer Edward T. Chamberlain's notes on equal opportunity recruitment include an appendix with the “three term plan” by students in the Dartmouth Afro-American Society to encourage more Black students to apply to Dartmouth College. 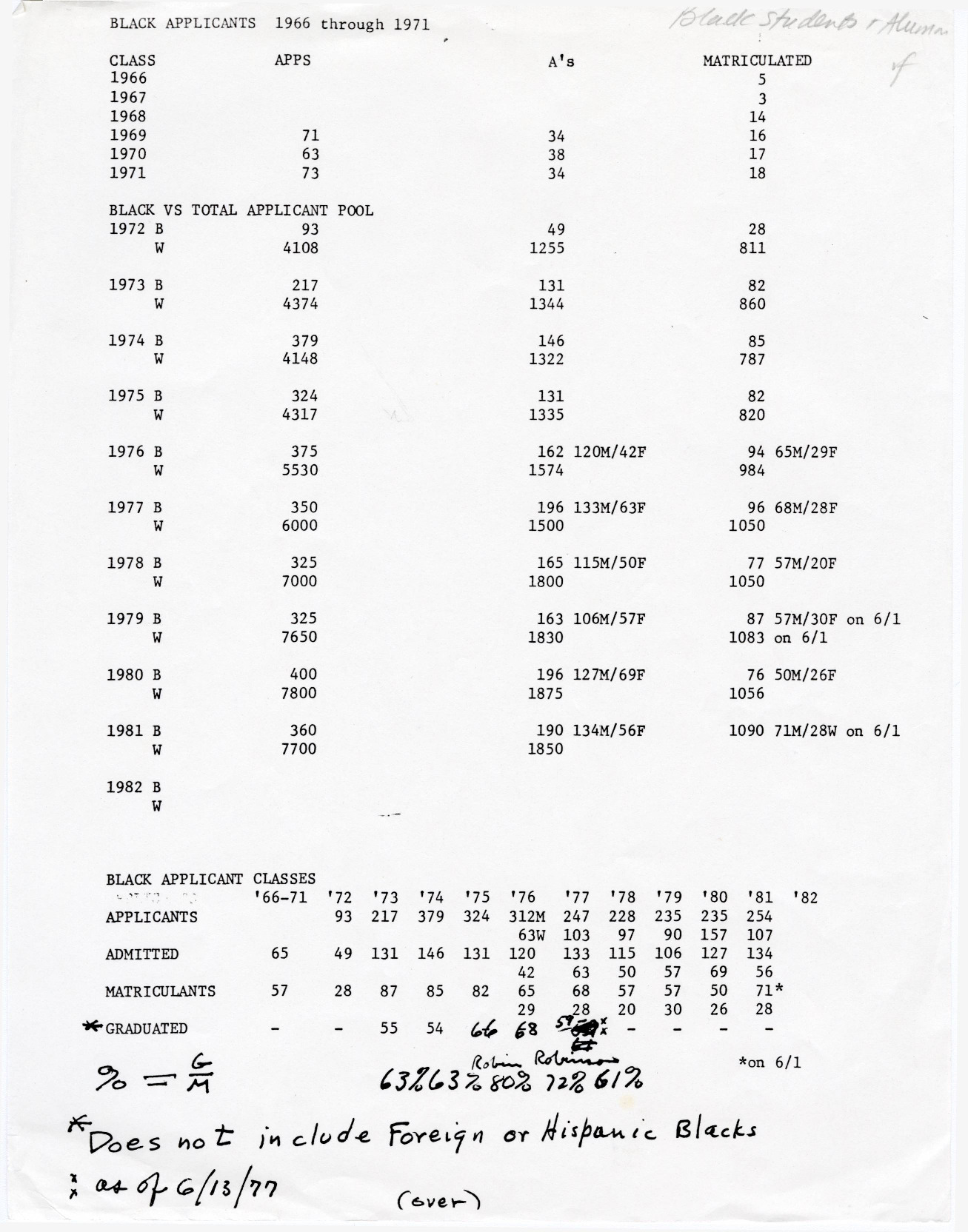 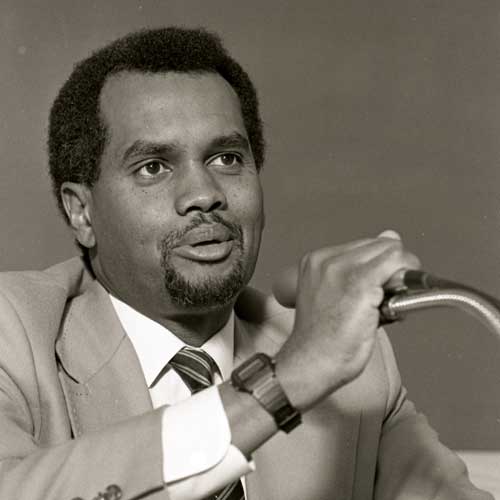