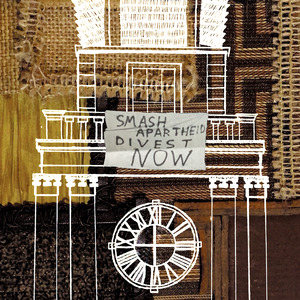 In creating a multi-part poster series based on archival material, the temporally fragmented medium gave me the power to create graphic content that could have thematic conversations between posters; each being informed and bound to one another to holistically form a story and illustrated legacy on the evolution of liberatory changemaking on Dartmouth’s campus. The second poster in the installment centers on the time period of 1978 to 1989 which corresponds to the timeline of South African Apartheid Divestment protesting at Dartmouth. This piece features an architectural illustration of Baker Tower during its occupation by Dartmouth student divestment protestors in an act to urge administration and trustees to vote for the divestment of endowment funds from South African companies.

This piece visually concentrated on Baker Tower as a prominent symbol of Dartmouth’s campus and a geographically central location to student life and subsequently, student protests as well. It is this complex symbolism found within a photograph of its occupation that inspired me to illustrate the building within the thematic context of student protesting. Digitally overlayed onto the illustration is the photographed protest sign from the seizure that read ‘Smash Apartheid Divest Now’; throughout the timeline of anti-apartheid protesting on Dartmouth’s campus, central locations like the Green and Parkhurst Hall—the administrative building—were common locations for protests and community mobilizing. Meanwhile Baker Tower, known to students for its beauty and hourly tolling overlooks both of these locations for the ideal display of the protest sign, serving as a perfect example for protest art being used as a function of utility and a method of political information dissemination. 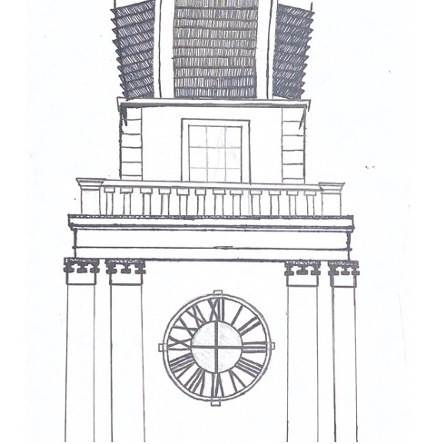 This illustration was sketched directly from the protest photograph which inspired it. In its recreation, it allowed reflection on the student-community unification that gave life to the strong divestment protest mobilization seen within the time period. Borrowing from a tradition of student solidarity and direct action with administration that was newly developing within the first period, Dartmouth’s geographic and architectural landscapes have consistently been fertile ground for protest art displays. 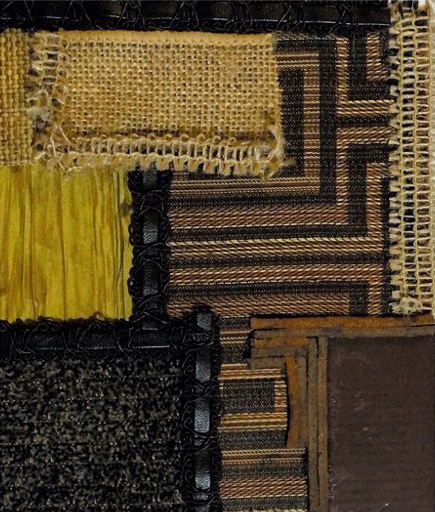 Adorning the background of the second poster is a textile collage that combined different fabric, textures and trimmings. Three different fabrics, tweed trim and brown duct tape were collaged to induce the visual imagery of overlapping geographic zones that in the entirety of the piece, plays on the duality of separated textures and zones simultaneously joined together with intersecting and converging lines within the fabric design and added trim; though visually distinct in texture, color and shape, expressive lines of trim diffuse the lines of separation and unify the piece into an interactive whole. The contrasting materials represent the student body, faculty and community members that came together in the fight for local and global liberation from apartheid and inequity. Groups like the Upper Valley Committee for a Free South Africa (UVCFSA) crossed lines and merged backgrounds under a common cause and created organizing grounds for a multifaceted collaboration to effect change and promote institutional accountability.

After scanning the poster background and hand drawn illustration, I decided to invert the color of the drawing to allow the background to be seen. In meshing the two, the final design displays Baker Tower amidst the textured backdrop to represent the Dartmouth community—students, faculty and community members—coming together to manufacture their own identity, goals and accountability for Dartmouth as the direct benefactors of administrative decision-making.