Hannah Thompson Croasdale was born in 1905 in Berwyn, Pennsylvania to John Pusey and Mary Croasdale. Hannah was frequently sick as a child, which kept her at home in her early years rather than joining her brother at the local public school. Croasdale was taught at home by her mother, an impressive woman who was active, politically and otherwise, in the local community. Her paternal grandmother—one of the first practicing female physicians in Philadelphia and the woman from whom she took her name—lived with the family. During her young and impressionable years, Croasdale’s proximity to these two examples of strong women prevented her from internalizing the message that women could not accomplish as much as their male counterparts.

Croasdale started attending the public school in the sixth grade, but although she had been surrounded by books and encouraged to learn as a child, she found school tedious and exhausting. However, she quickly rose to the top of the class when she entered Radnor High School and went on to join the long line of Croasdales at the University of Pennsylvania in the fall of 1924.

When Croasdale matriculated at Penn, she found herself in a jarring environment in which women were still second-class citizens despite gaining admission to the university. Women were not allowed inside certain buildings on campus, were prohibited from singing school songs or cheering at football games, and only had the choice of three majors: education, architecture, and biology. She graduated from the University of Pennsylvania with a Bachelor’s of Science in 1928, and returned soon after for her Master’s and Doctorate degrees. Her Ph.D. thesis, “The Freshwater Algae of Woods Hole, Mass,” was awarded the Sigma Xi Prize in 1938. 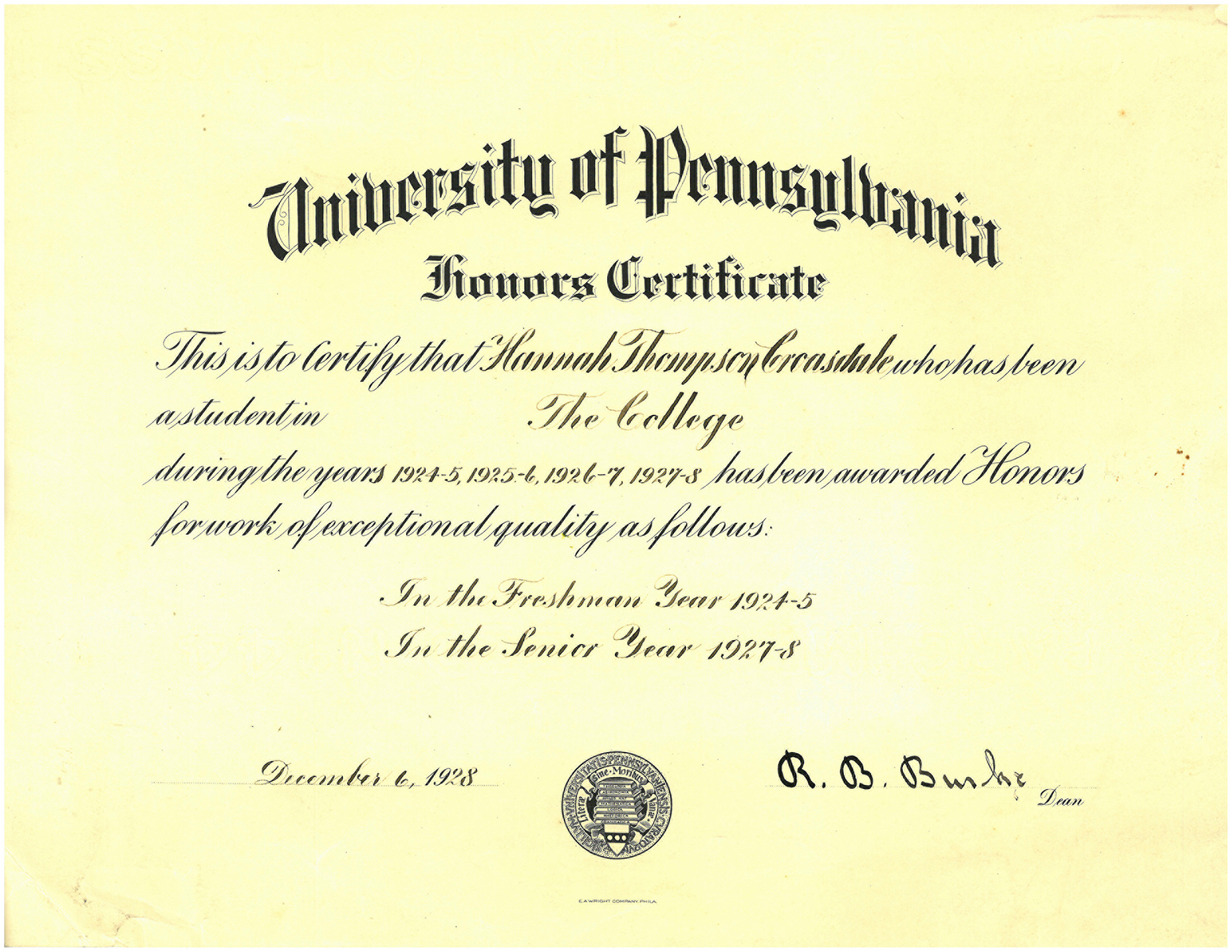 A certificate acknowledging Croasdale's academic performance in her freshman and senior years of college.

Hannah Croasdale's doctorate degree from the University of Pennsylvania, awarded in 1935. 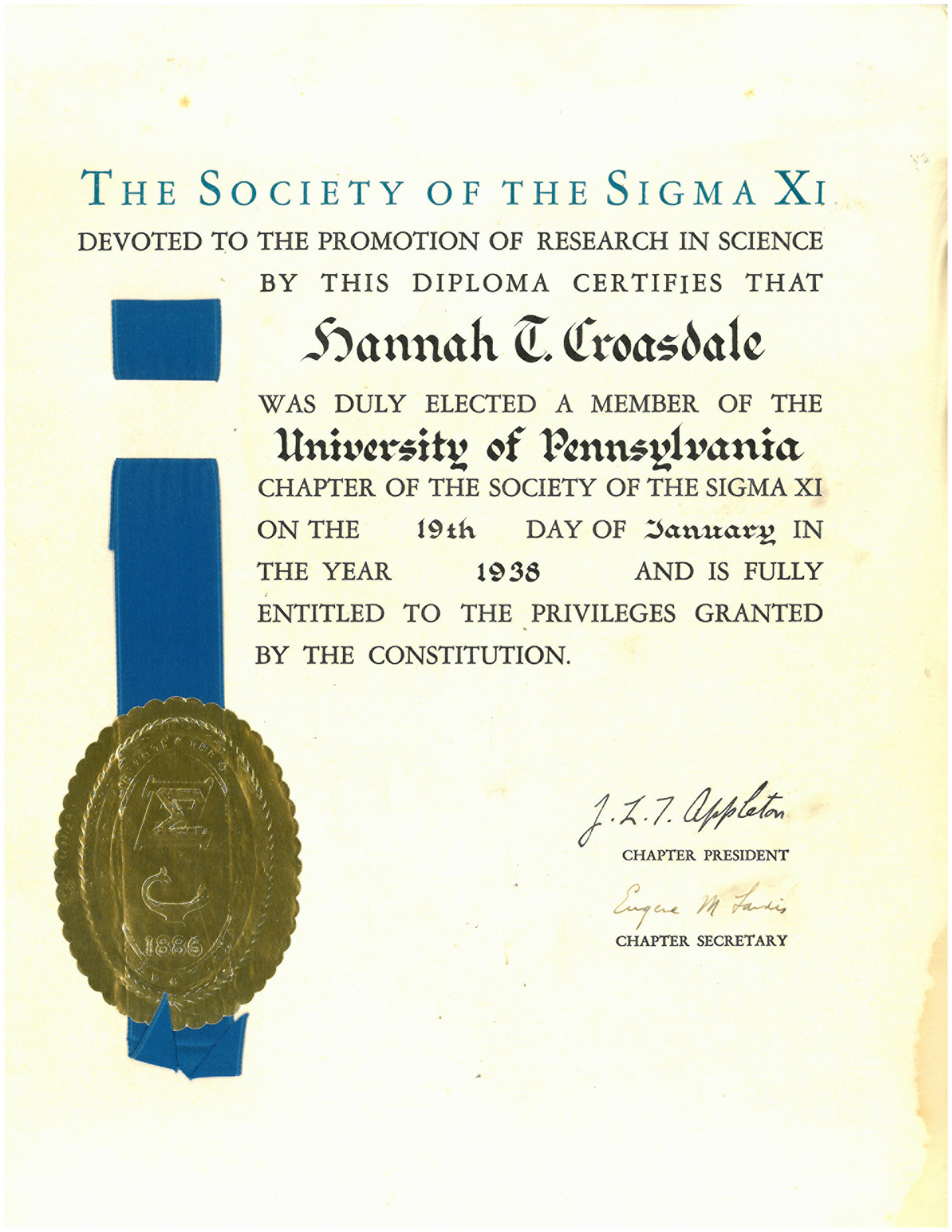 A certificate acknowledging Croasdale's admittance to the University of Pennsylvania's Society of the Sigma Xi.