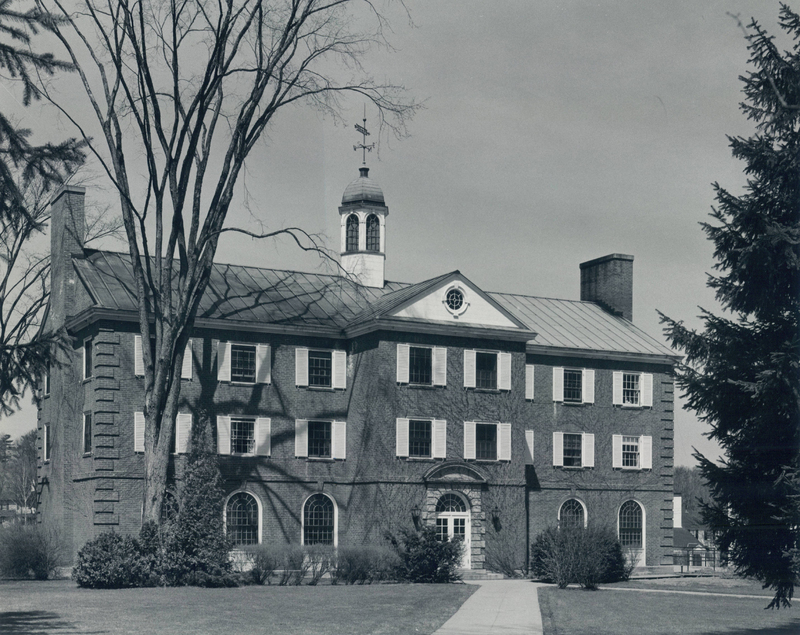 Prior to its affiliation with the Afro-American community, Cutter Hall was an international dorm, open to international students, as well as anyone who completed its application and had an “interest in all things international.” The Nathan Lord House was deemed the social center for Black students; however, the size of this house was unsatisfactory for the Black students on campus, prompting the big move. In 1970, the College designated Cutter Hall as the focus of a multi-purpose experiment in the Afro-American area. This “experiment” flourished into the Shabazz Center for Intellectual Inquiry, an affiliate of the African and African-American Studies Program, and a home away from home for Black students and the Afro-American Society offices.

After the move to Cutter Hall, the Afro-American Society proposed a name change to the El Hajj Malik El Shabazz Temple to celebrate and accentuate the Society’s dedication to the life of Malcolm X. When the College rejected this proposal, the Society decided to commission a series of murals that paid homage to the life and work of Malcolm X. In 1972, artist Florian Jenkins received a commission for the Temple Murals. Jenkins later explained that the mural themes “were developed jointly with the students and the images serve to reflect the nature of the struggle they have identified and are committed to.” 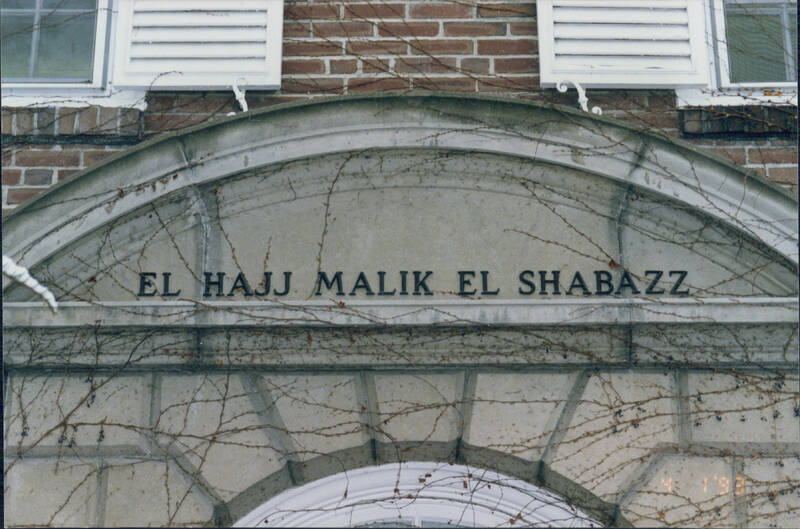 Despite the completion of the mural cycle, the Society still formally adopted their proposed name for Cutter Hall, fondly referring to the building as “The Temple.” The widespread use of the Afro-American Society’s unofficial name eventually obtained the recognition of the College. In the 1980s, “El Hajj Malik El Shabazz” was inscribed over the doorway of the building. 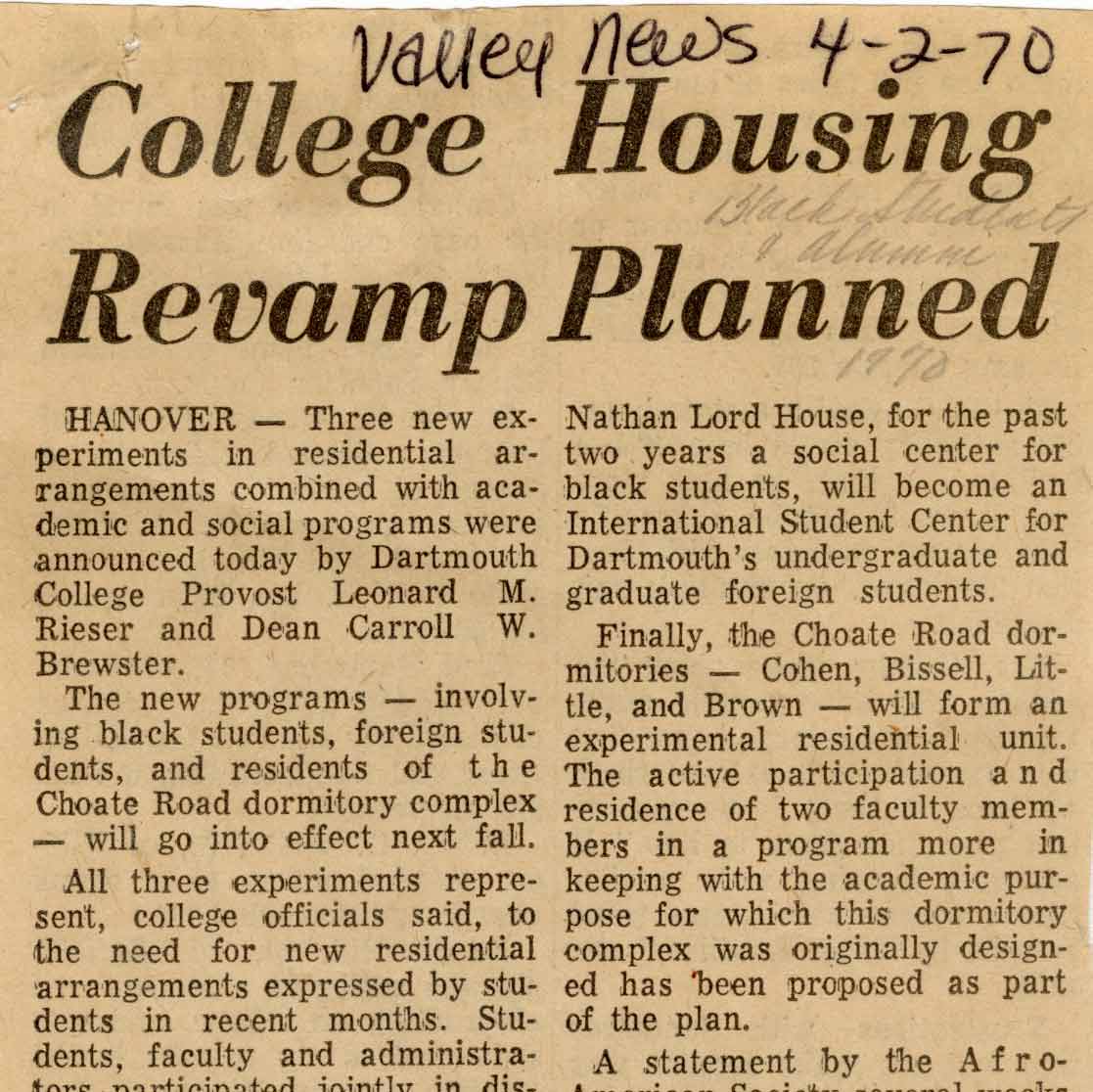 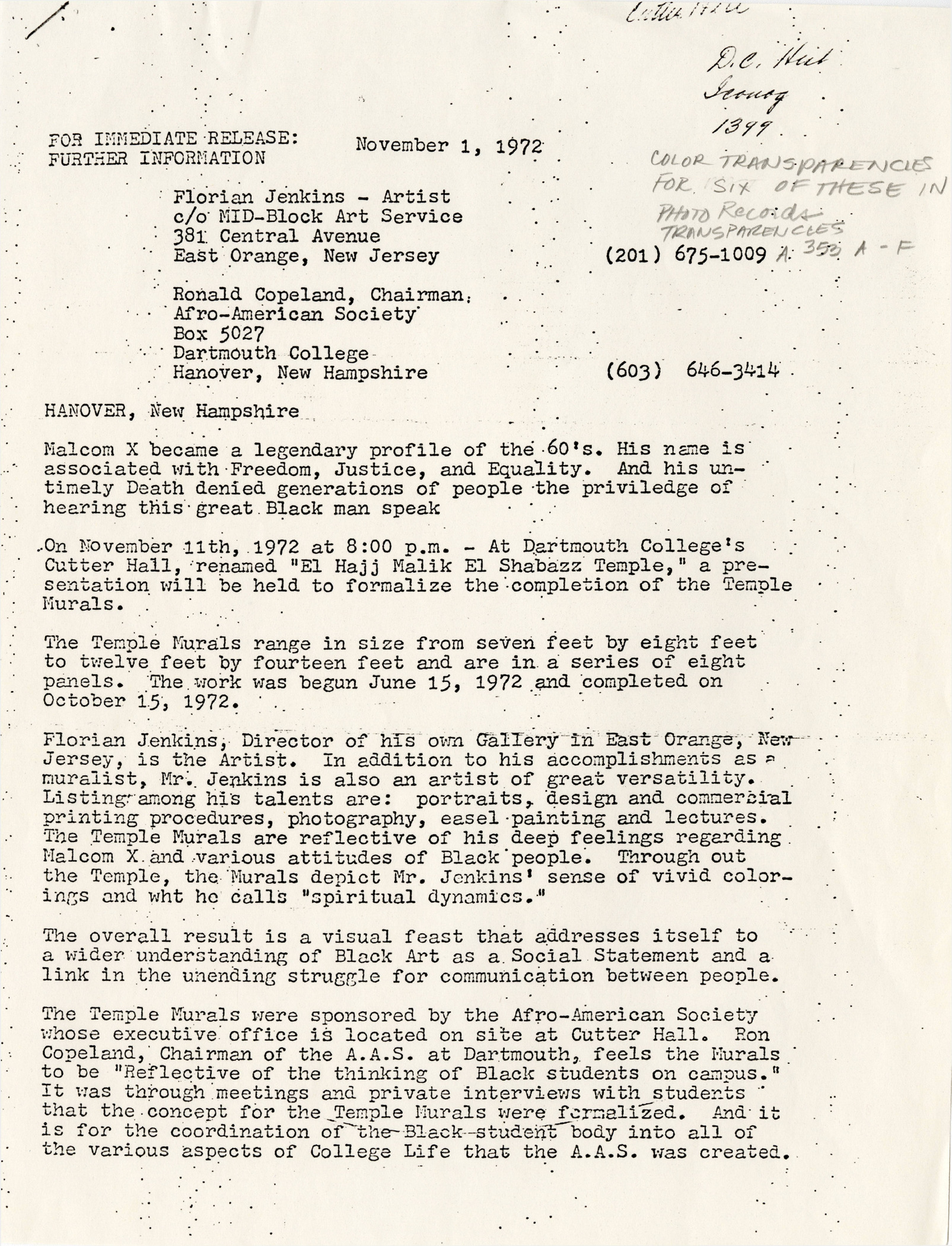 This press release details the upcoming dedication ceremony for the “Temple Murals” painted by artist Florian Jenkins in the Shabazz Temple. The Temple Murals are described as a “link in the unending struggle for communication between people,” a depiction of the life and legacy of Malcolm X, and the “thinking of Black students on campus.” 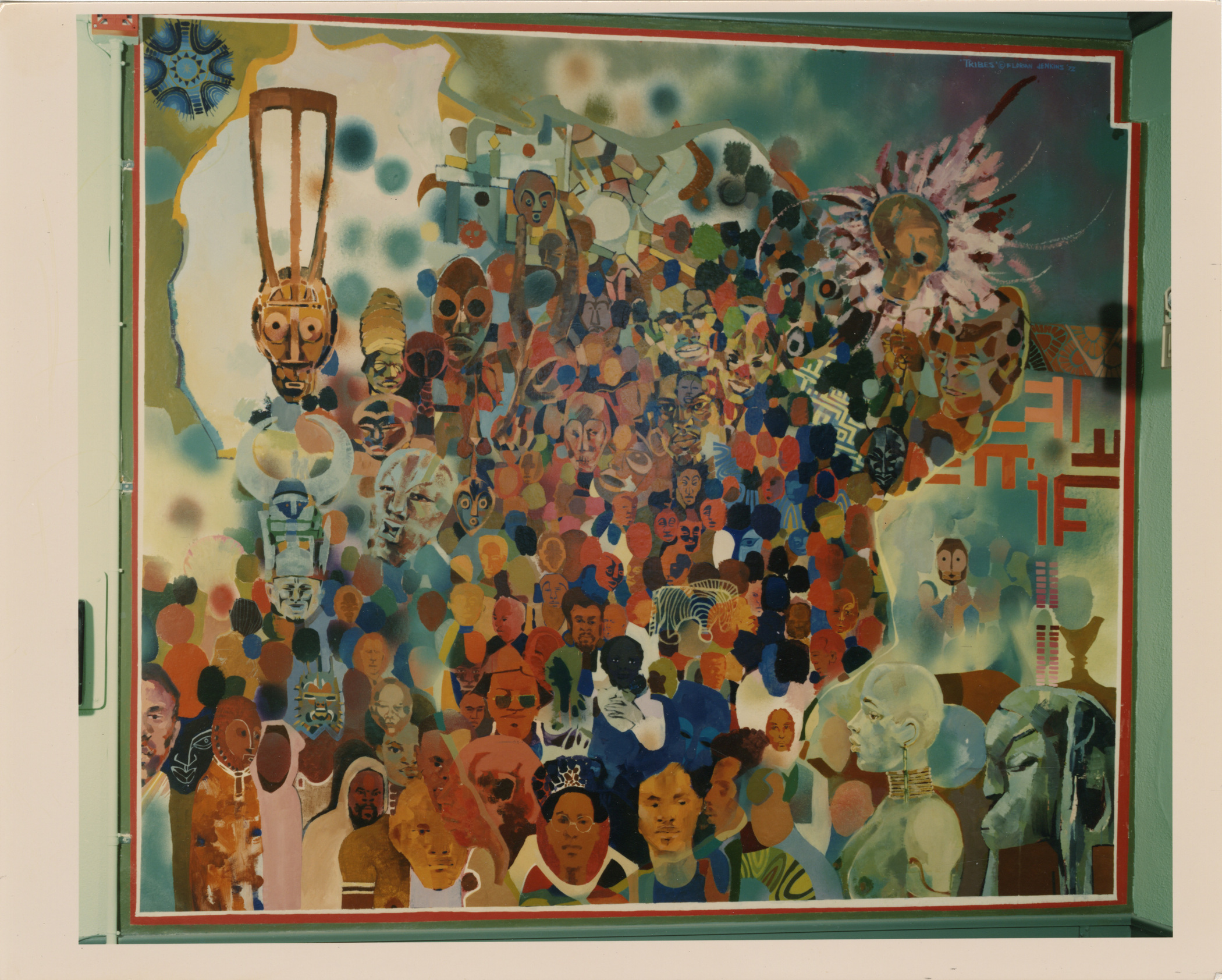 The second acrylic panel The Temple Murals series is located on the left side of the hallway when facing the Shabazz Library. The panel depicts faces and masks that represent different African cultures, each painted near their geographic point of origin around the shape of the African continent. 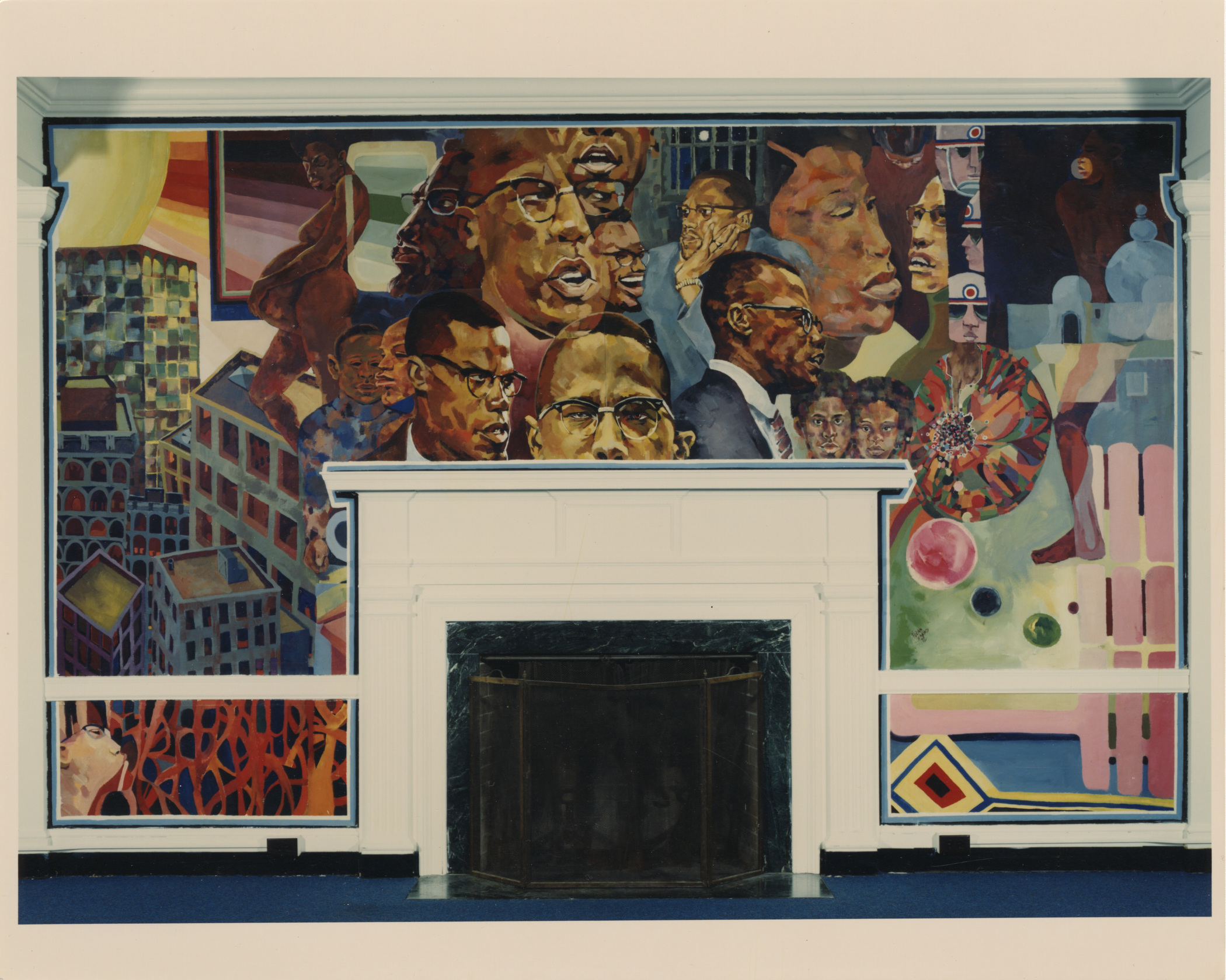 Florian Jenkins painted seven acrylic panels in 1972 for a series called The Temple Murals: The Life of Malcolm X. This panel seeks to full encapsulate Malcolm X as a person, showing Malcolm at varying stages of his life, from a spirit or consciousness to an unborn child, and into childhood and adulthood. 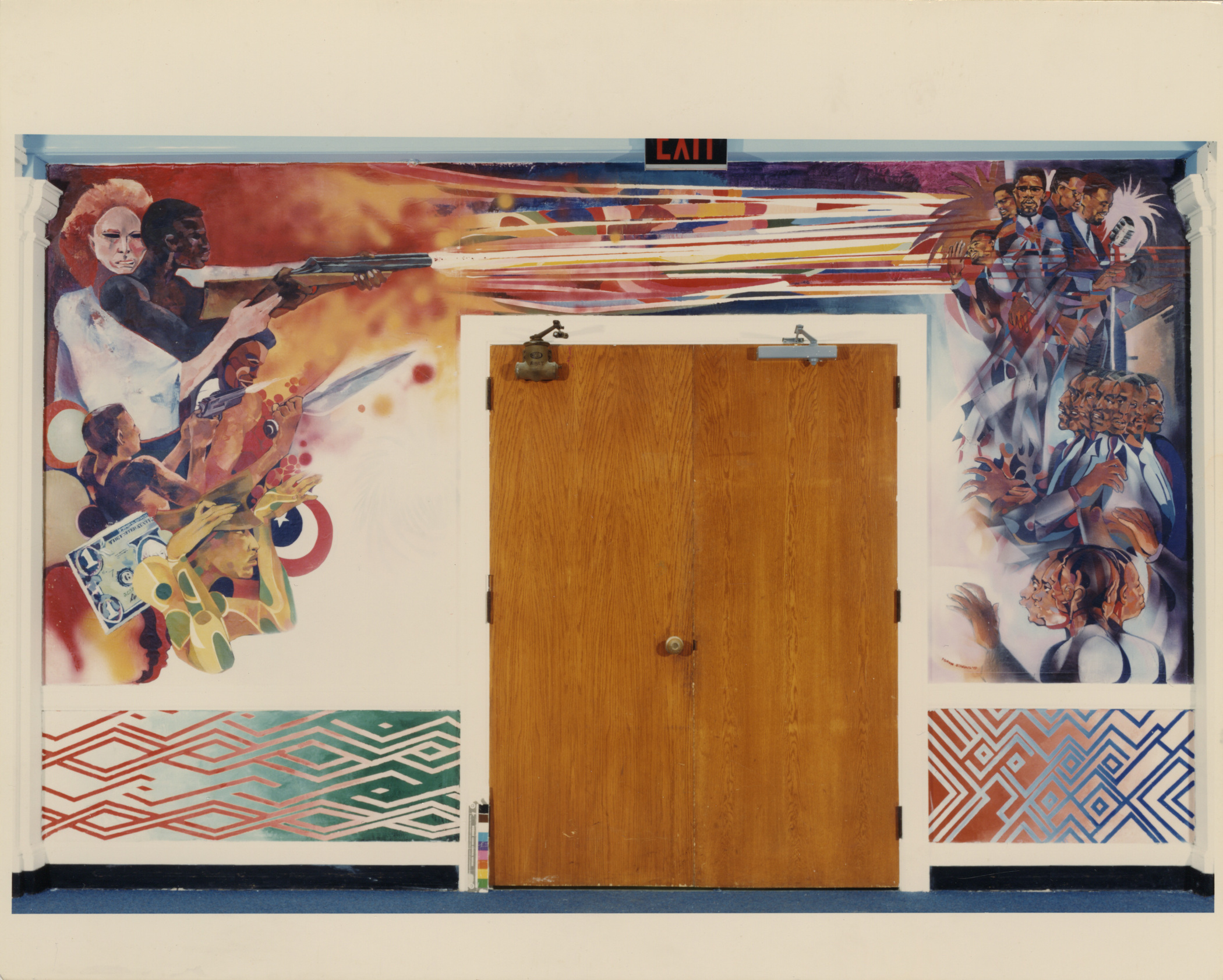 The fourth panel painted The Temple Murals series, “The Assassination,” greets viewers as they step into the central lounge inside the Shabazz Center. The panel depicts the turmoil and shock amid Malcolm X’s assassination, beginning a few seconds before he was shot at a rally (only three weeks after visiting Dartmouth). 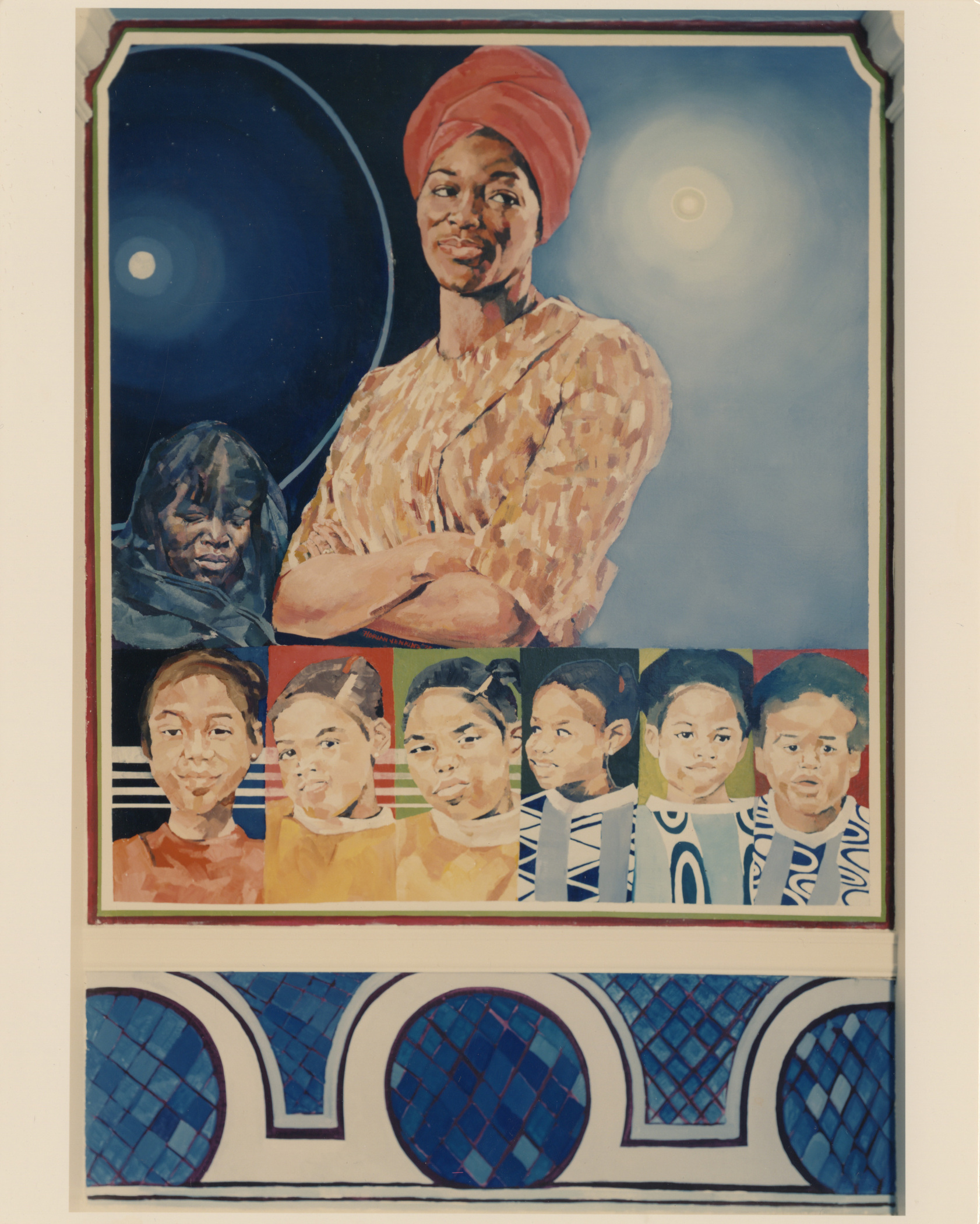