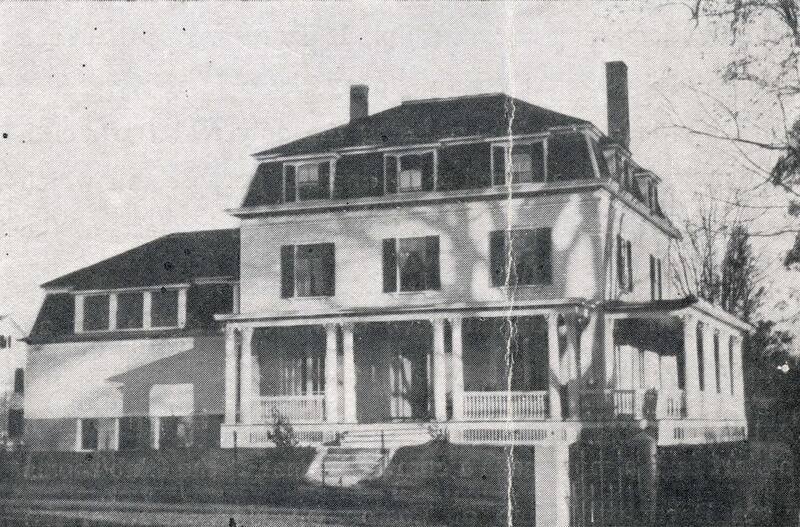 This is a picture of the first fraternity house on Dartmouth's campus, owned by Kappa Kappa Kappa, in 1894.

“Any graduate or undergraduate of a college or university may be elected a member of this fraternity.”

More fraternities would be established at Dartmouth over the next few decades, but the issue of discriminatory membership clauses in fraternity constitutions would not arise until 1884, with the founding of Dartmouth's ninth fraternity, Phi Delta Theta, whose constitution contained a clause permitting only “Aryan” individuals to become members.

Rauner Special Collections Library holds the original constitutions of Psi Upsilon, Kappa Kappa Kappa, and the third fraternity founded on campus, Alpha Delta Phi, and there is no mention of membership discrimination in any of their original documents. There were 11 fraternity chapters established at Dartmouth by 1900—three of which contained discriminatory membership clauses in their constitutions: Phi Delta Theta, Beta Theta Pi, and Sigma Chi. 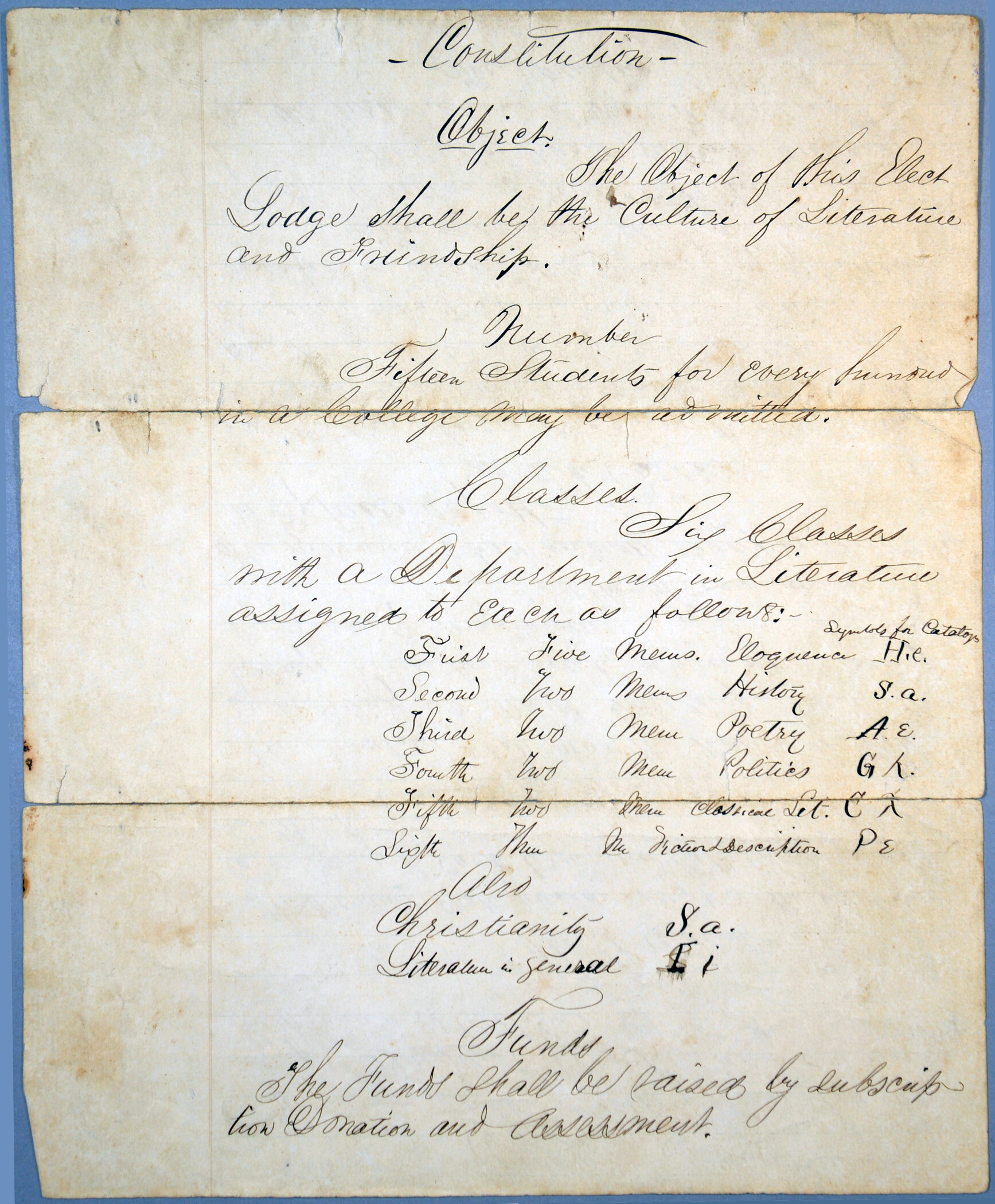 The original constitution of Alpha Delta Phi presented members with annual requirements to remain in good standing, and their only membership clause placed a limit on the number of students the chapter could pledge. 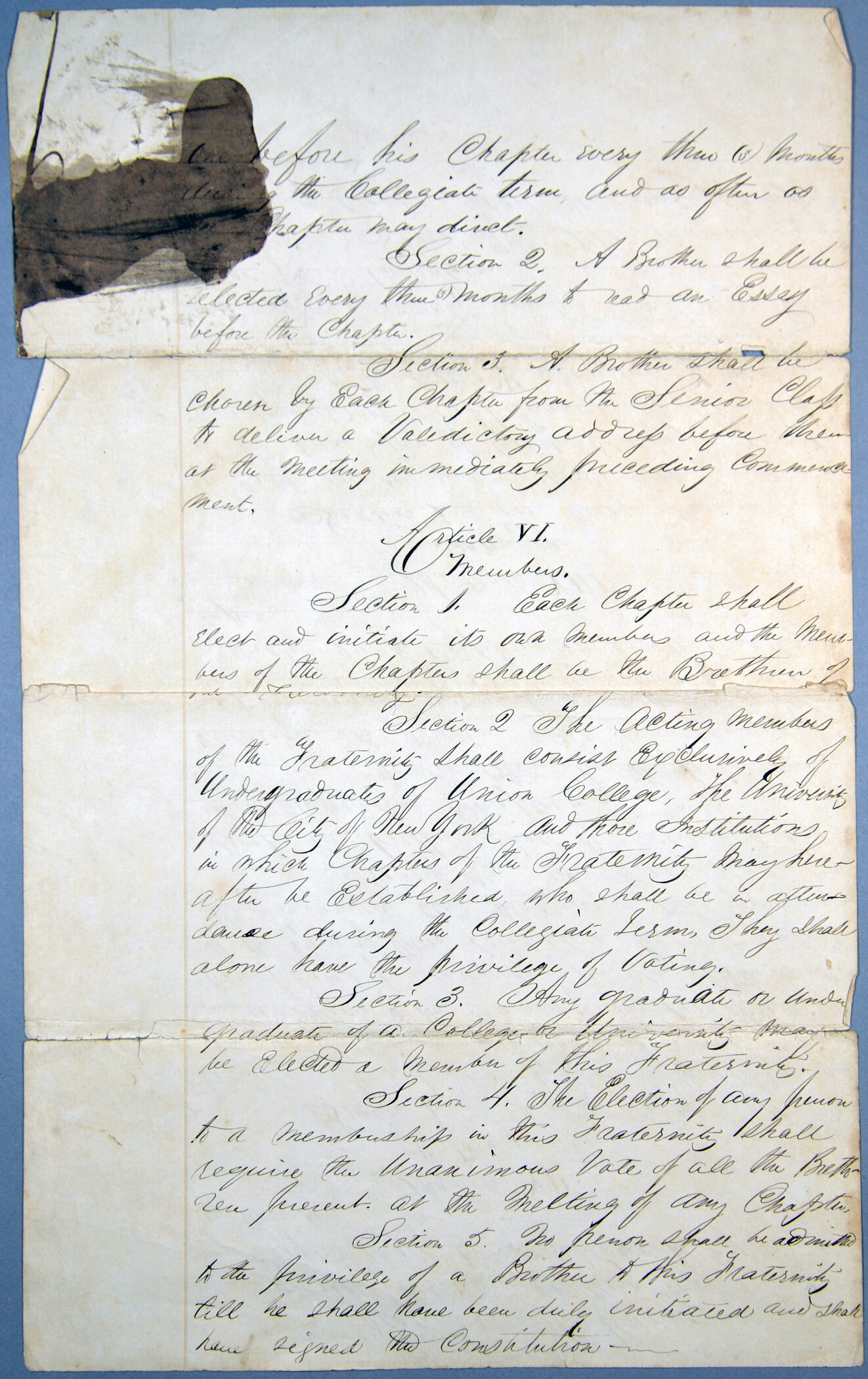 In Psi Upsilon's original constitution, Article VI on membership policy consists of six sections, none of which expressed a discriminatory clause to prevent certain groups of students from joining the fraternity. 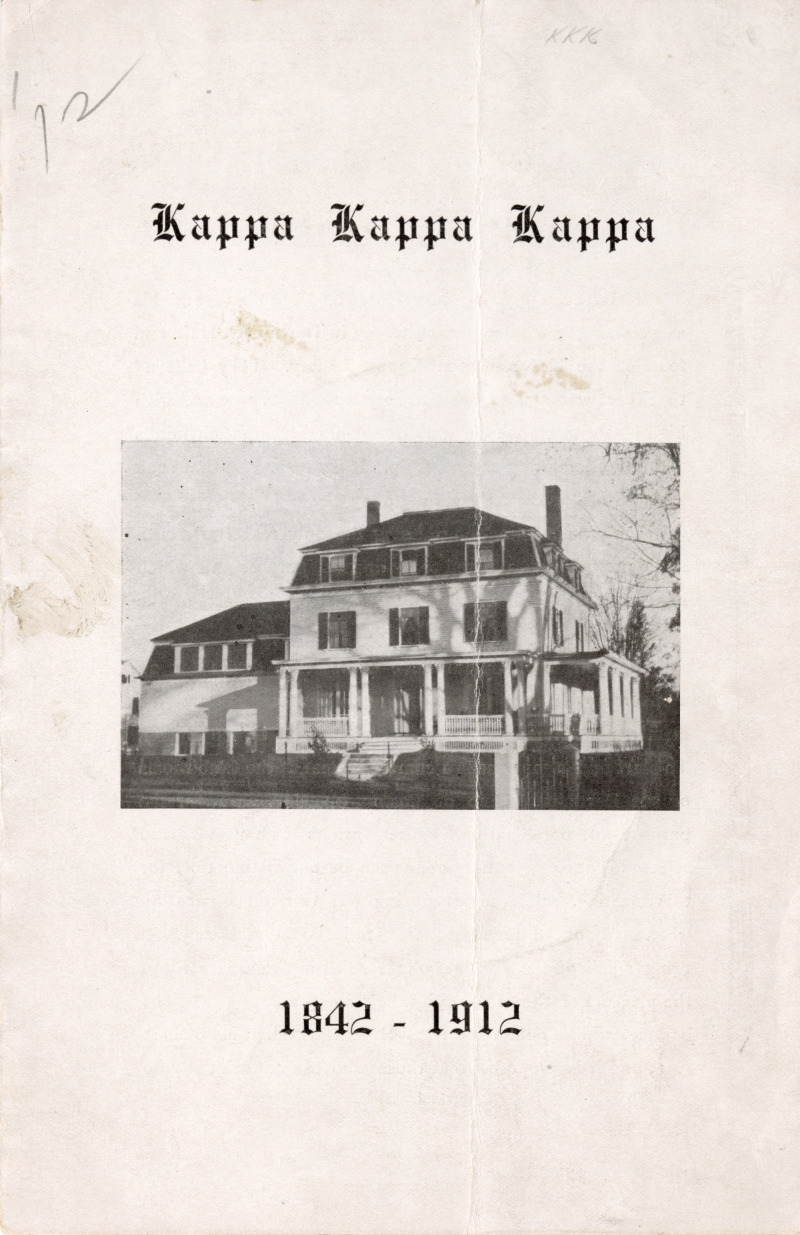 Title page of the 70th anniversary pamphlet of Kappa Kappa Kappa, which features the image of their fraternity house shown above.