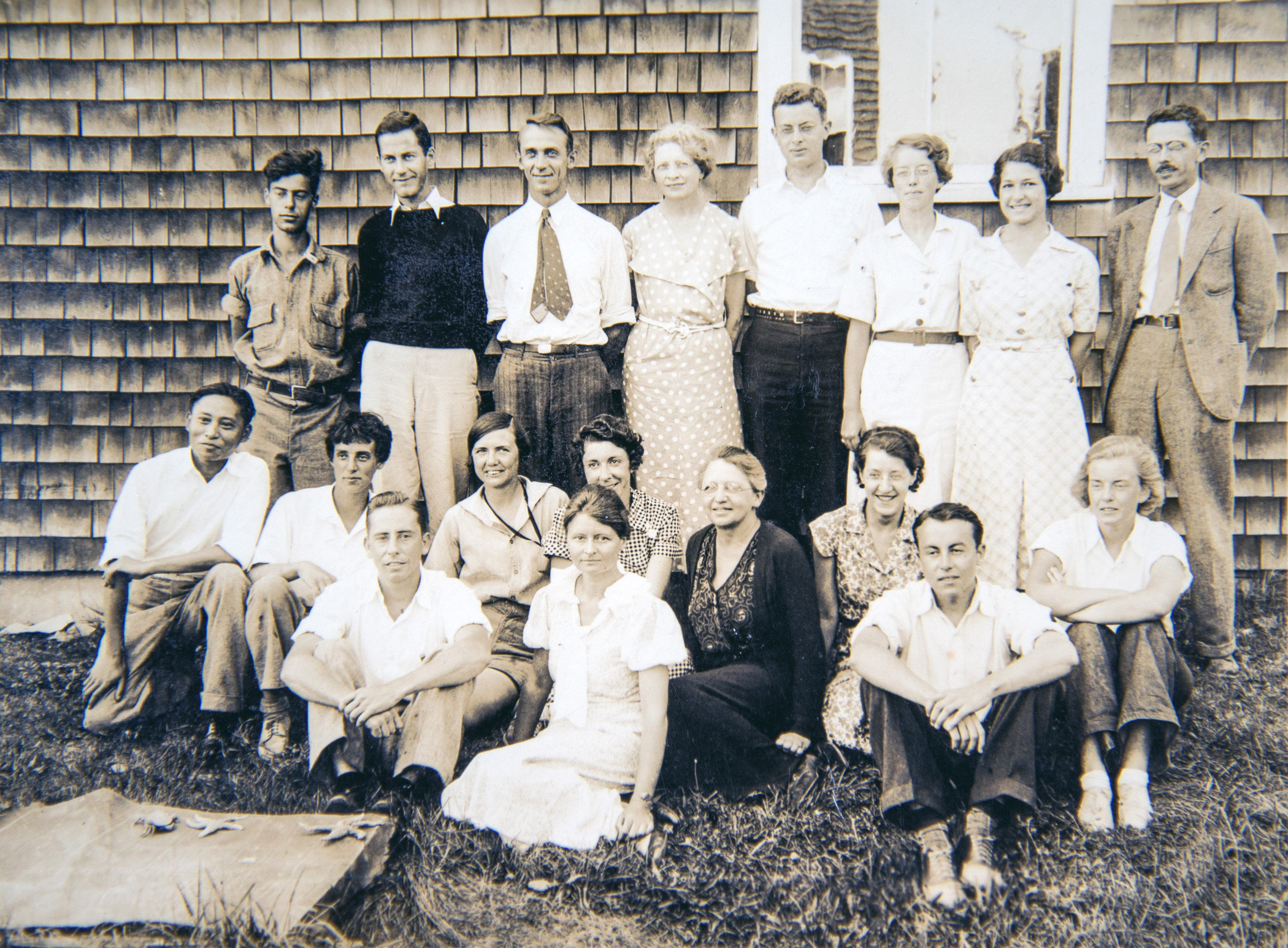 Woods Hole Marine Biological Laboratory was where Croasdale gathered samples for her Ph.D. thesis, but she had been taking summer courses and conducting her own research there for several years. The summers she spent at Woods Hole were arguably more influential on her scientific skills and confidence than any instruction she received at Penn.

Croasdale was not even a minority at the Marine Biological Laboratory, whose classes were almost equally populated with male and female students.  She not only lived with other women scientists in a house they rented together, but a group of these women even co-owned a sloop, called the “Ginger-Ann,” that they used for collecting algae samples. The Ginger-Ann infamously sunk during its maiden voyage in an incident described by contemporary and friend Margie McCouch as “a sample of the kind of frolic any scientist might have been in in those high and far-off times at Woods Hole.”

“I didn’t feel that I was needed at Dartmouth, but it was open to [women], I could do as much as I wanted.”

Woods Hole is also where Croasdale met her life-long friend Dorothy Stewart. Her father, Dr. C. C. Stewart, needed a research assistant for his work at Dartmouth College and Dorothy convinced him to give the position to Croasdale, although the subject matter was nothing close to Croasdale’s area of expertise. While she and Dr. Stewart did not get along well, he was Croasdale’s foot in the door at this new institution full of opportunities. Dartmouth was still all-male when Penn had accepted her as a student, but Croasdale immediately noticed its male-centric culture manifested itself differently: “I didn’t feel that I was needed at Dartmouth, but it was open to [women], I could do as much as I wanted,” she said. Unlike at Penn, Croasdale was not prohibited from certain buildings and she recalled how excited she was to cheer at football games. “I didn’t have much to compare it to. I wasn’t in a position to criticize.”  This attitude would buoy Croasdale through her early years at the College.

After two years toiling in Dartmouth Medical School Department of Physiology, it became clear to Croasdale that Professor Stewart would not be publishing his research, so she looked elsewhere for work. In 1937, she was once again at Woods Hole when she saw a flyer for a job opening in the Dartmouth College Department of Zoology as a Technical Assistant. She sent her job application to W. W. Ballard and received the position, starting her career in that department in 1938. 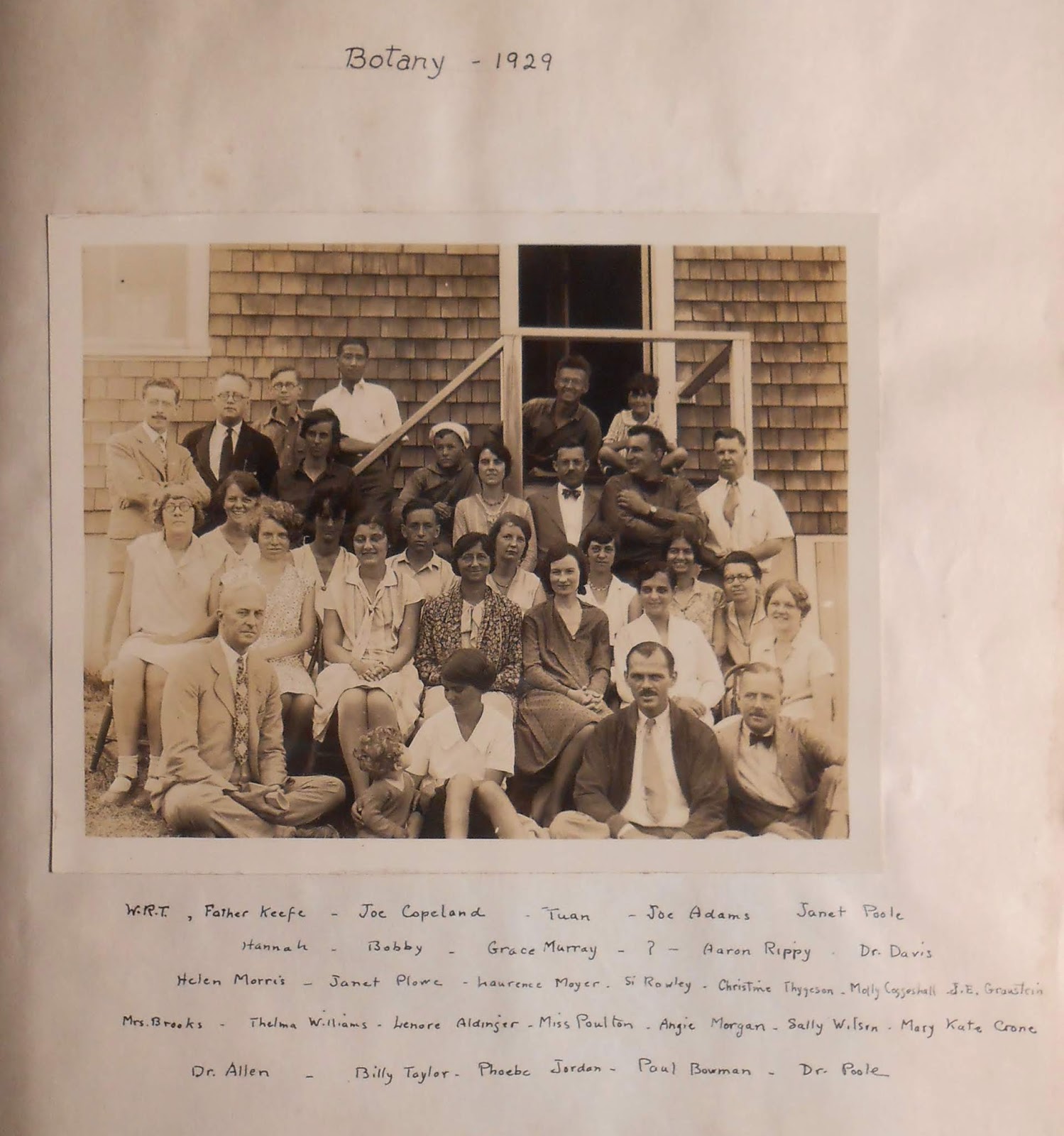 A photo album chronicling the summers Croasdale spent at the Marine Biological Laboratory. The album includes pictures of Croasdale and her friends and instructors sailing boats, collecting samples, and breaking for lunch on the beach. 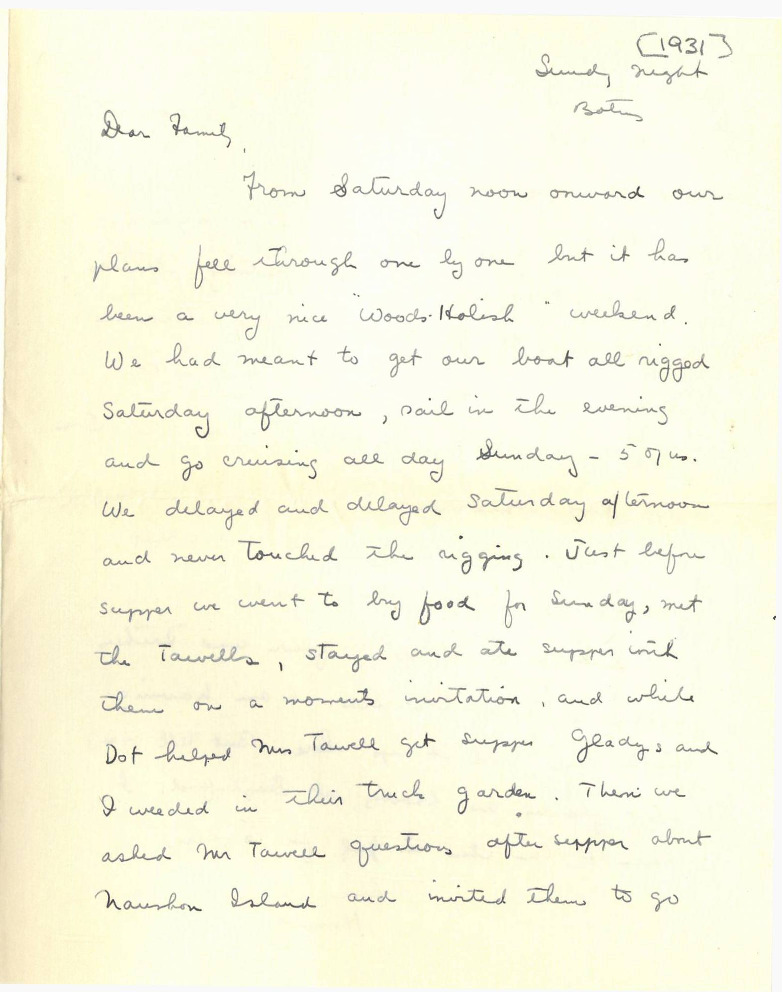 Croasdale writes to her family about having spent a very "Woods Holish" weekend during the summer of 1931. She describes her intentions to go sailing with her friends in their boat and working in the lab until midnight. 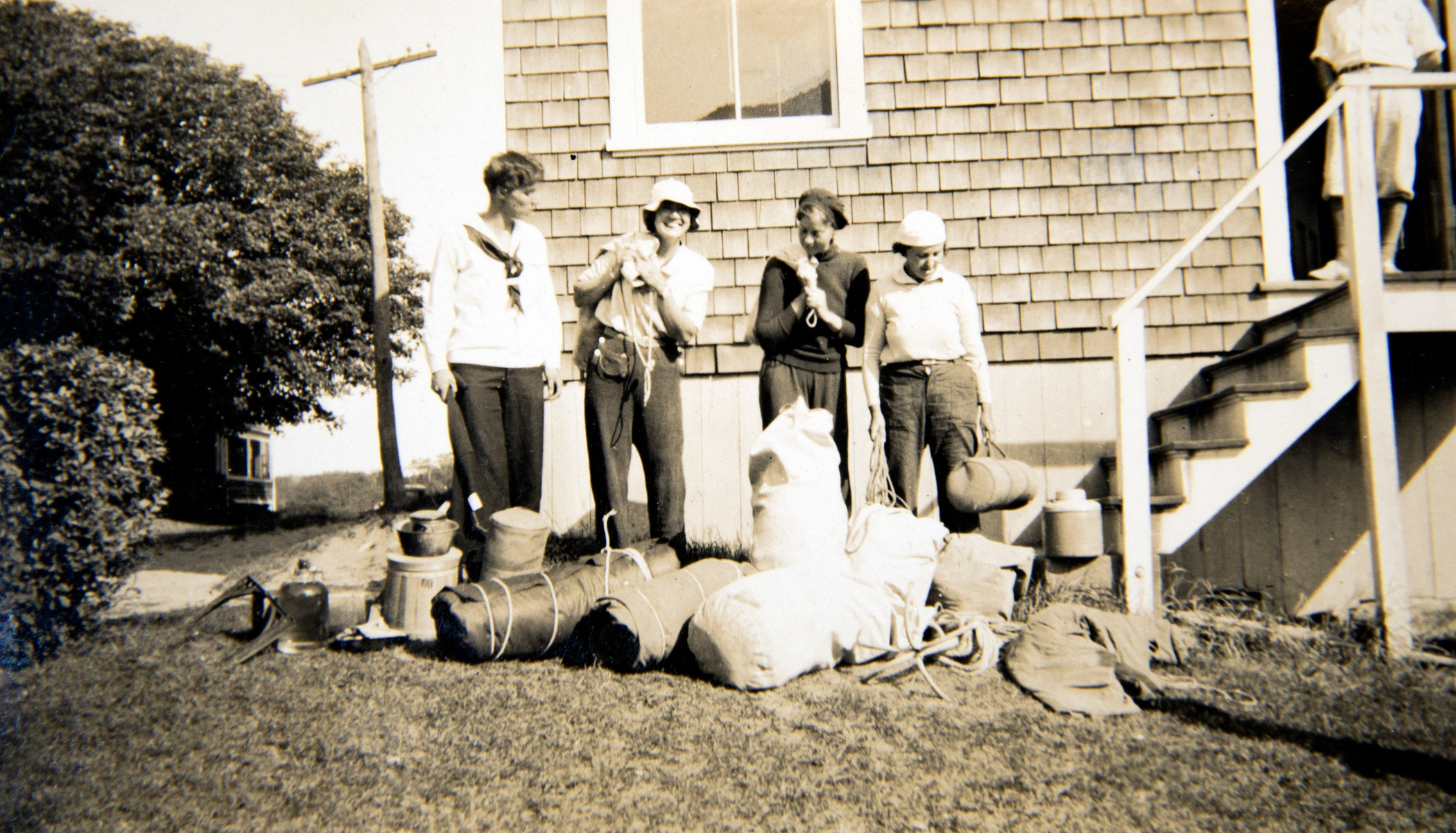 A photograph of Croasdale and her friends at Woods Hole in the summer 1934. They appear to be preparing to go sailing or camping. 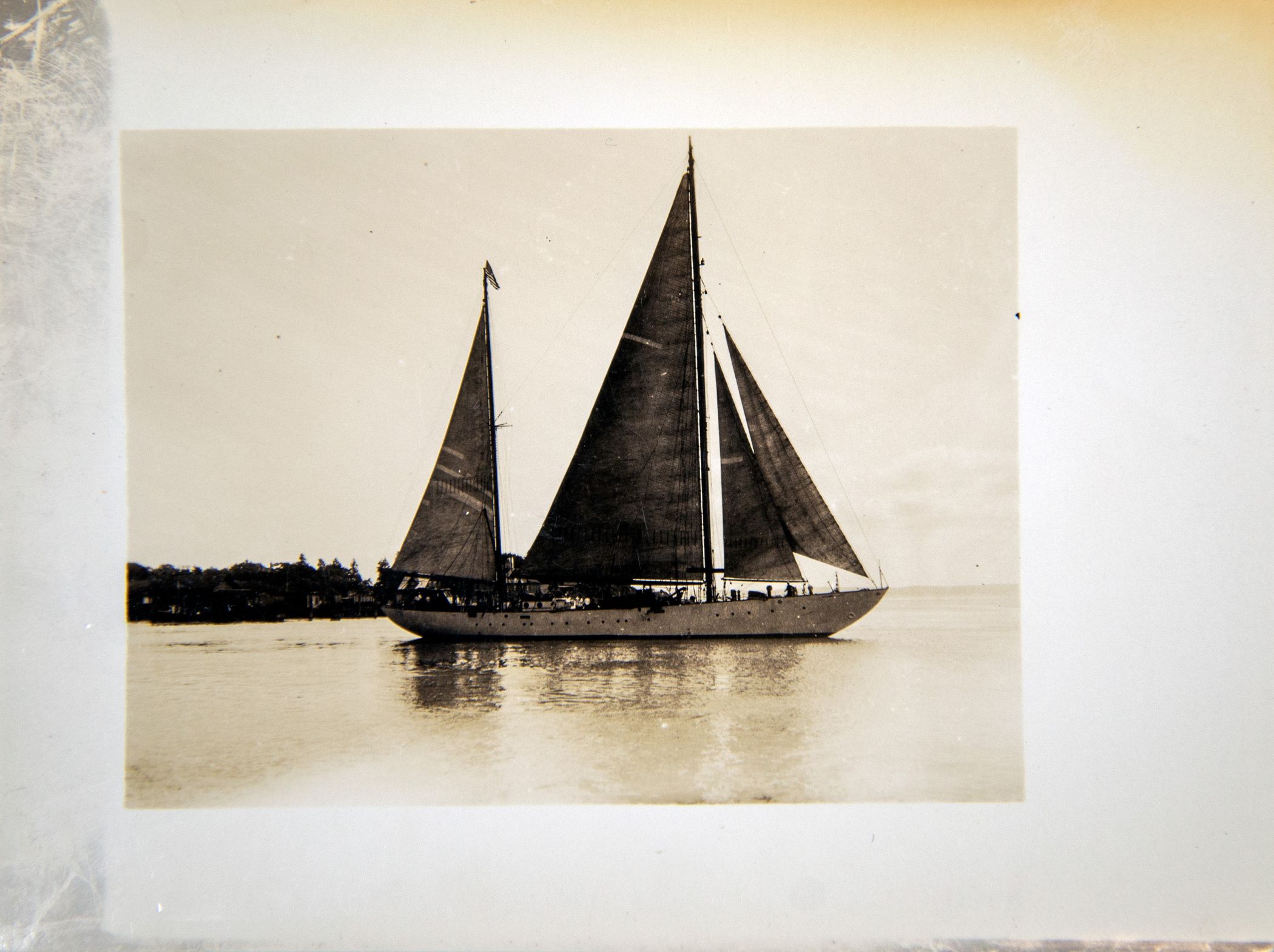 A photograph of the Woods Hole Oceanographic Institute's boat, the “Atlantis,” in the summer of 1934. 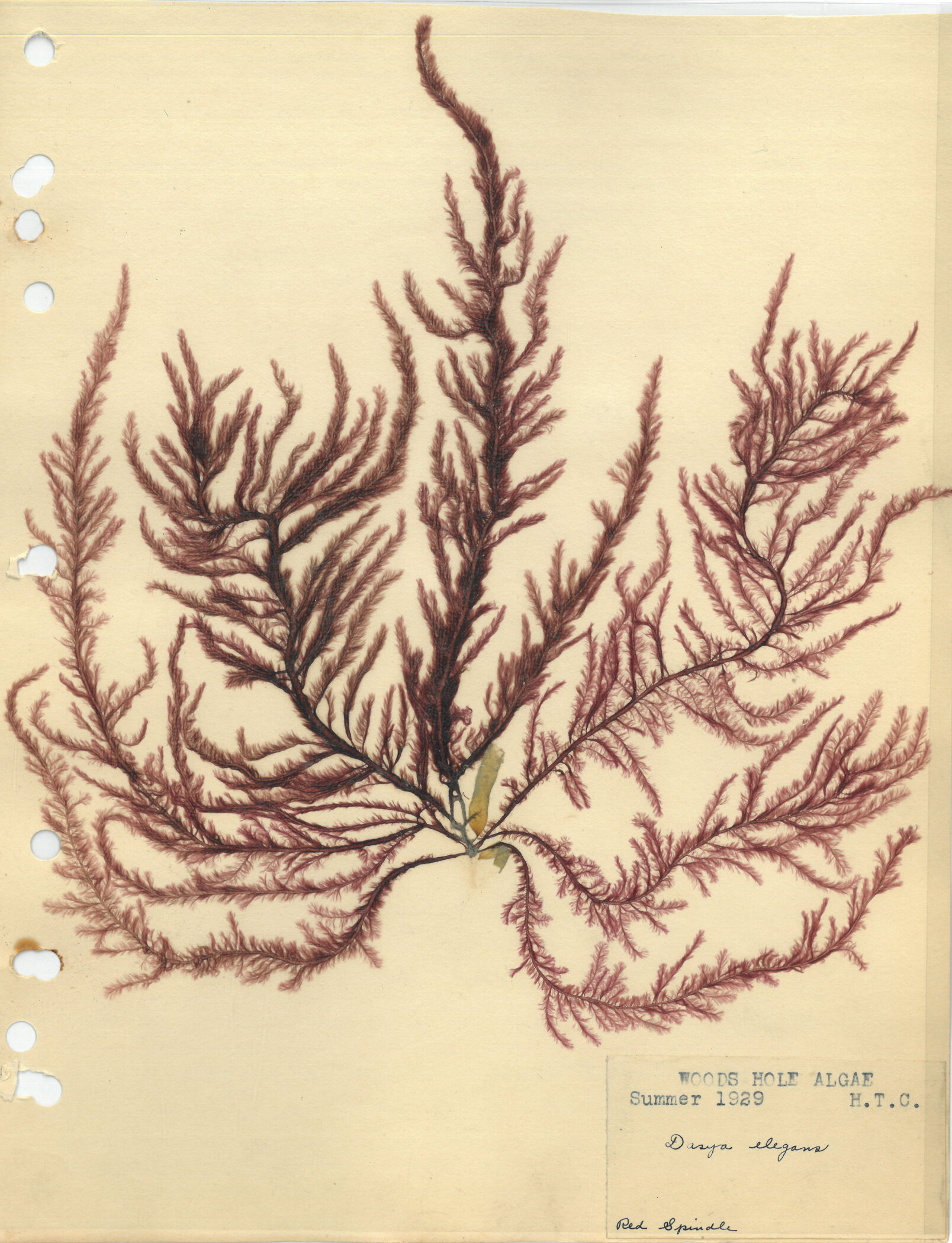 Biological sample of algae, Dasya elegans, identified and mounted by Croasdale in 1929 during a summer at Woods Hole. 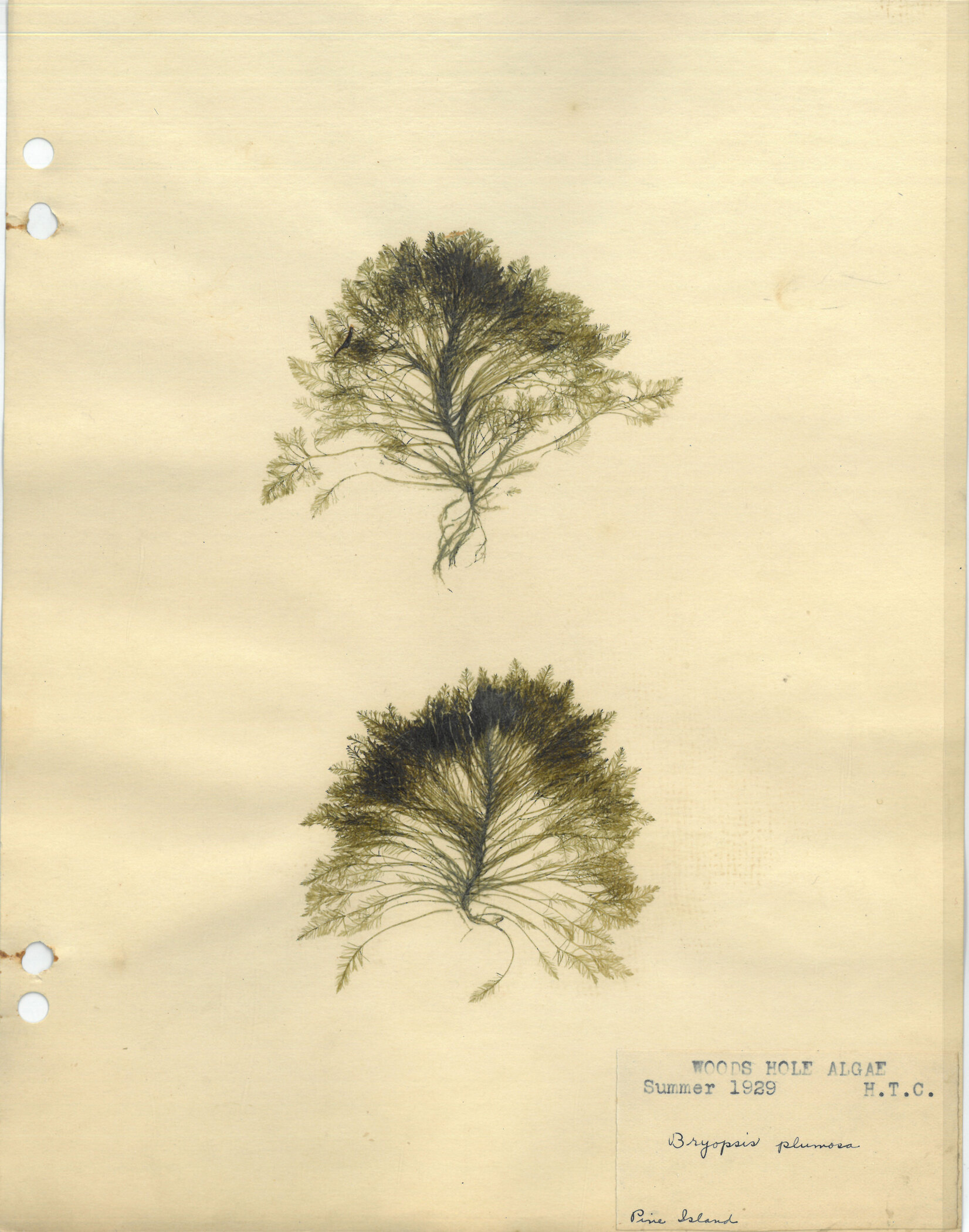 Biological sample of algae, Bryopsis plumosa, identified and mounted by Croasdale in 1929 during a summer at Woods Hole. 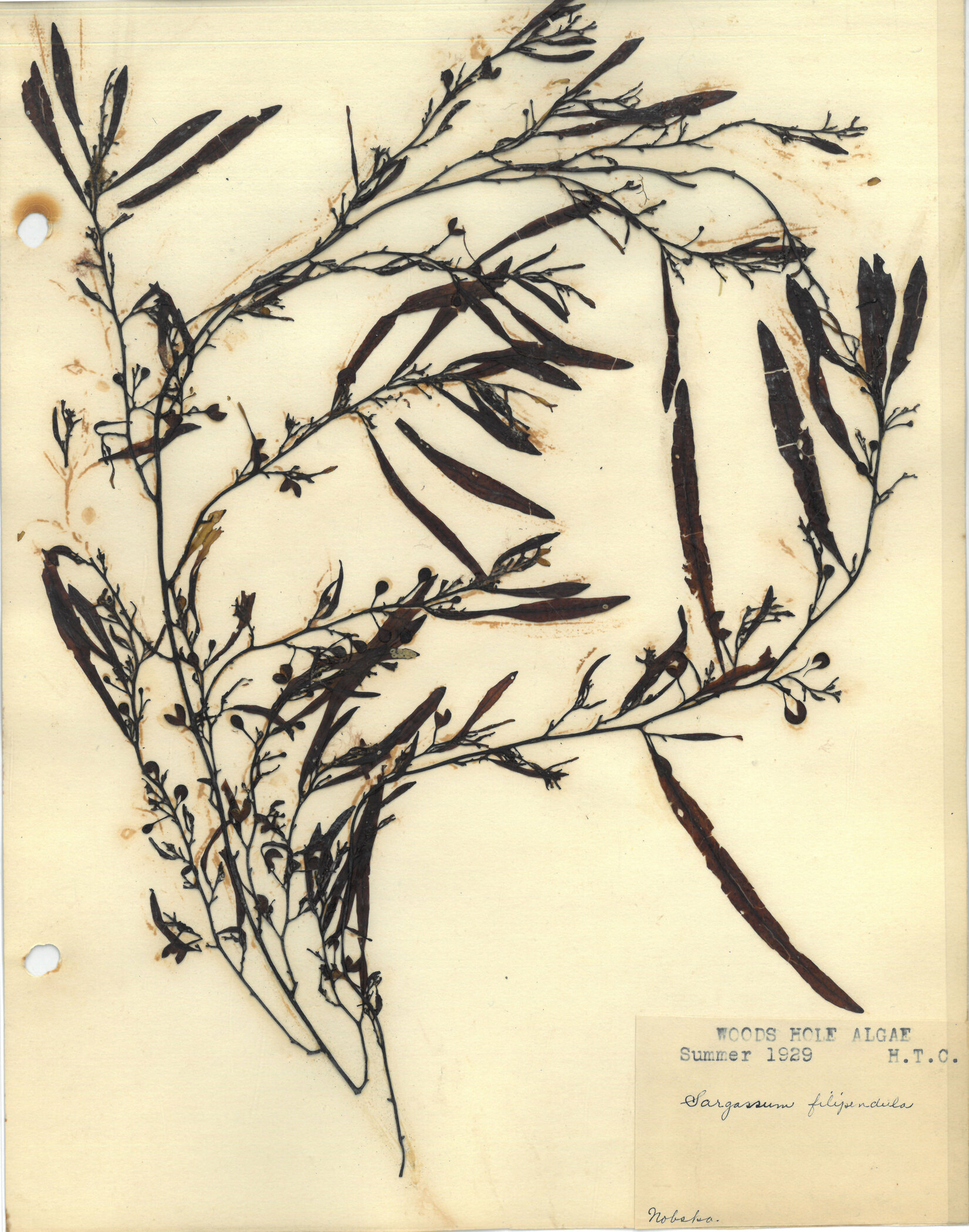 Biological sample of algae, Sargassum filipendula, identified and mounted by Croasdale in 1929 at Woods Hole. 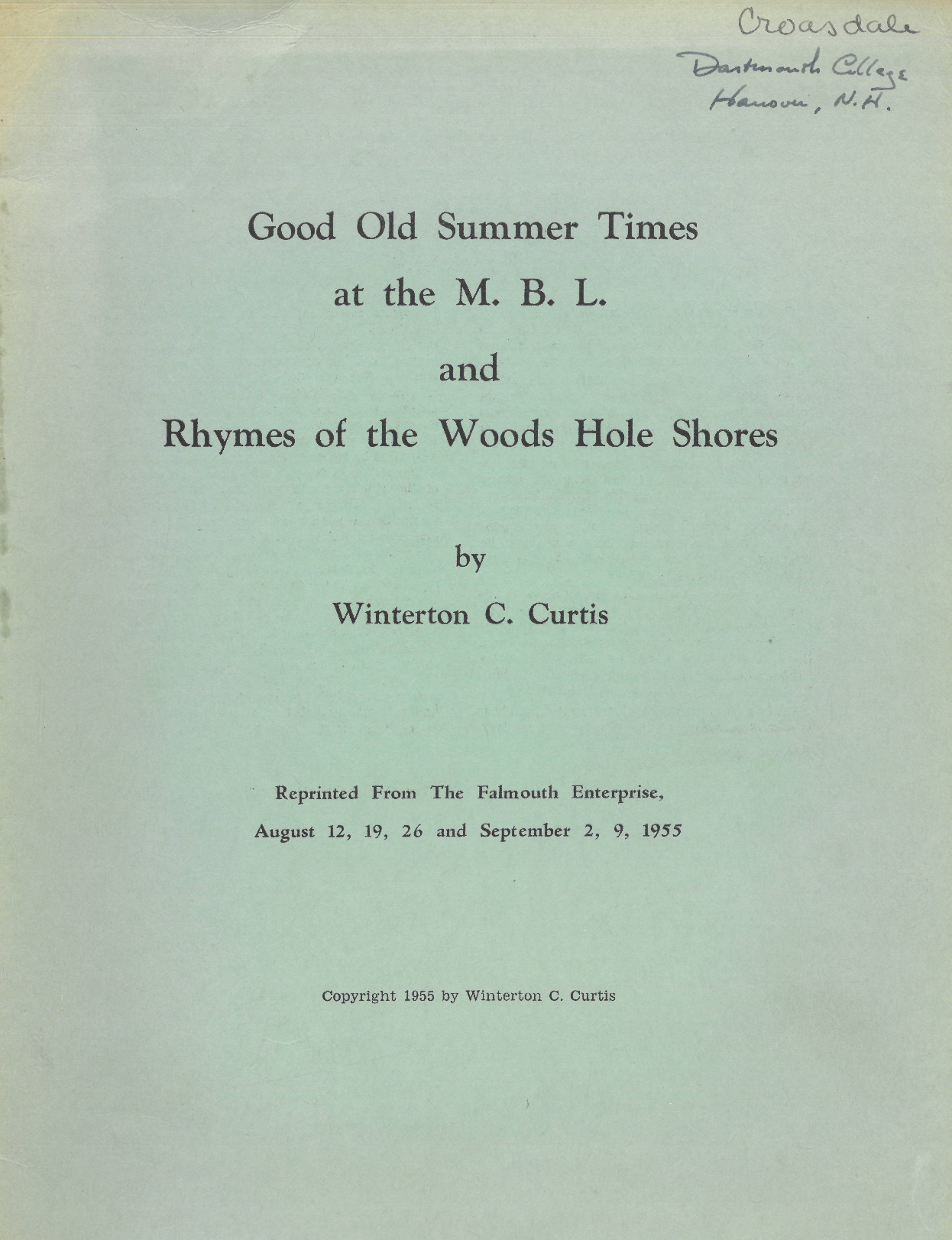 Croasdale's fondness for Woods Hole is evidenced in the fact that these reflections and poems about summers at the Marine Biological Laboratory remained in her papers from 1955 until her death in 1999. 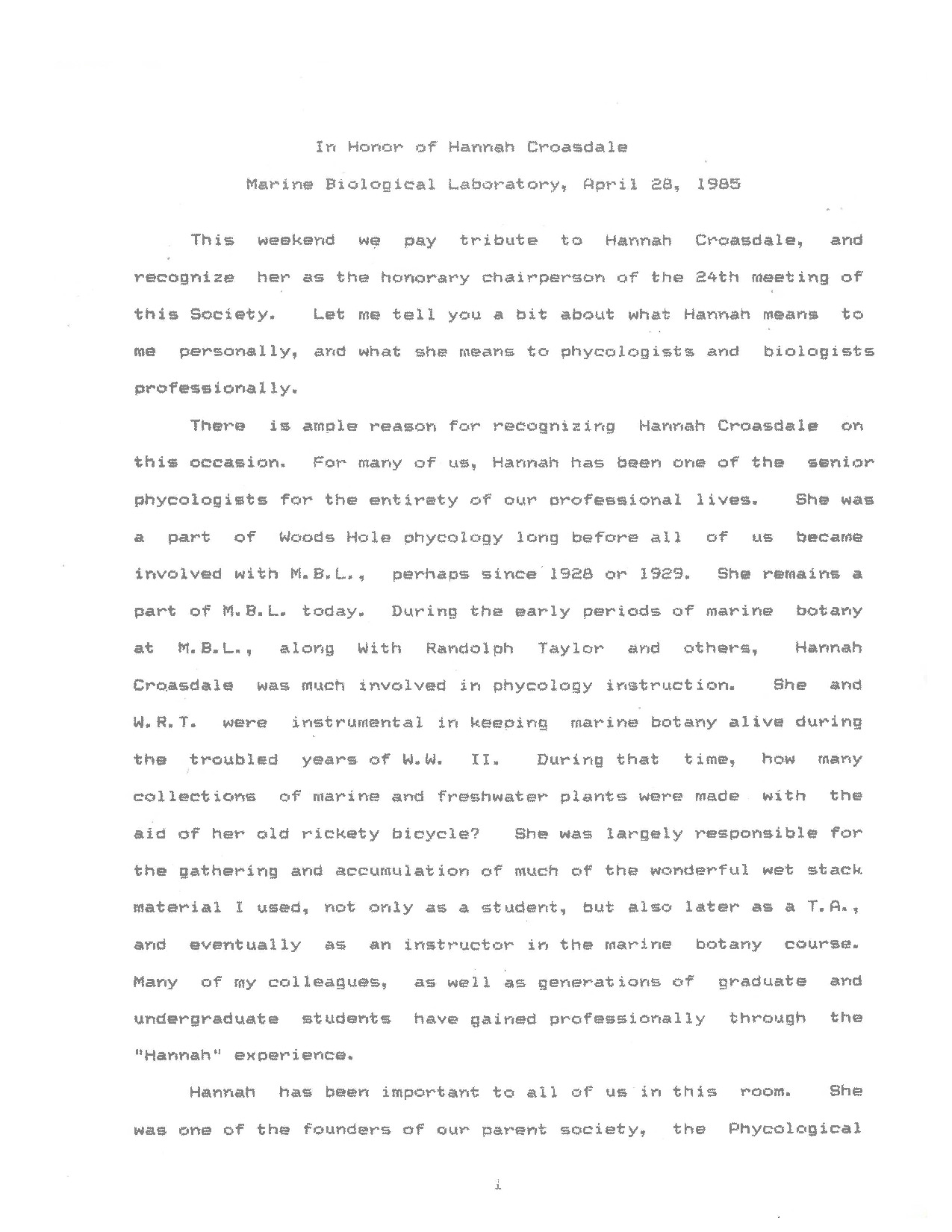 R.T. Wilce pays tribute to Croasdale in this 1985 speech at the 24th Annual Northeast Algal Symposium at the Marine Biological Laboratory, Woods Hole.