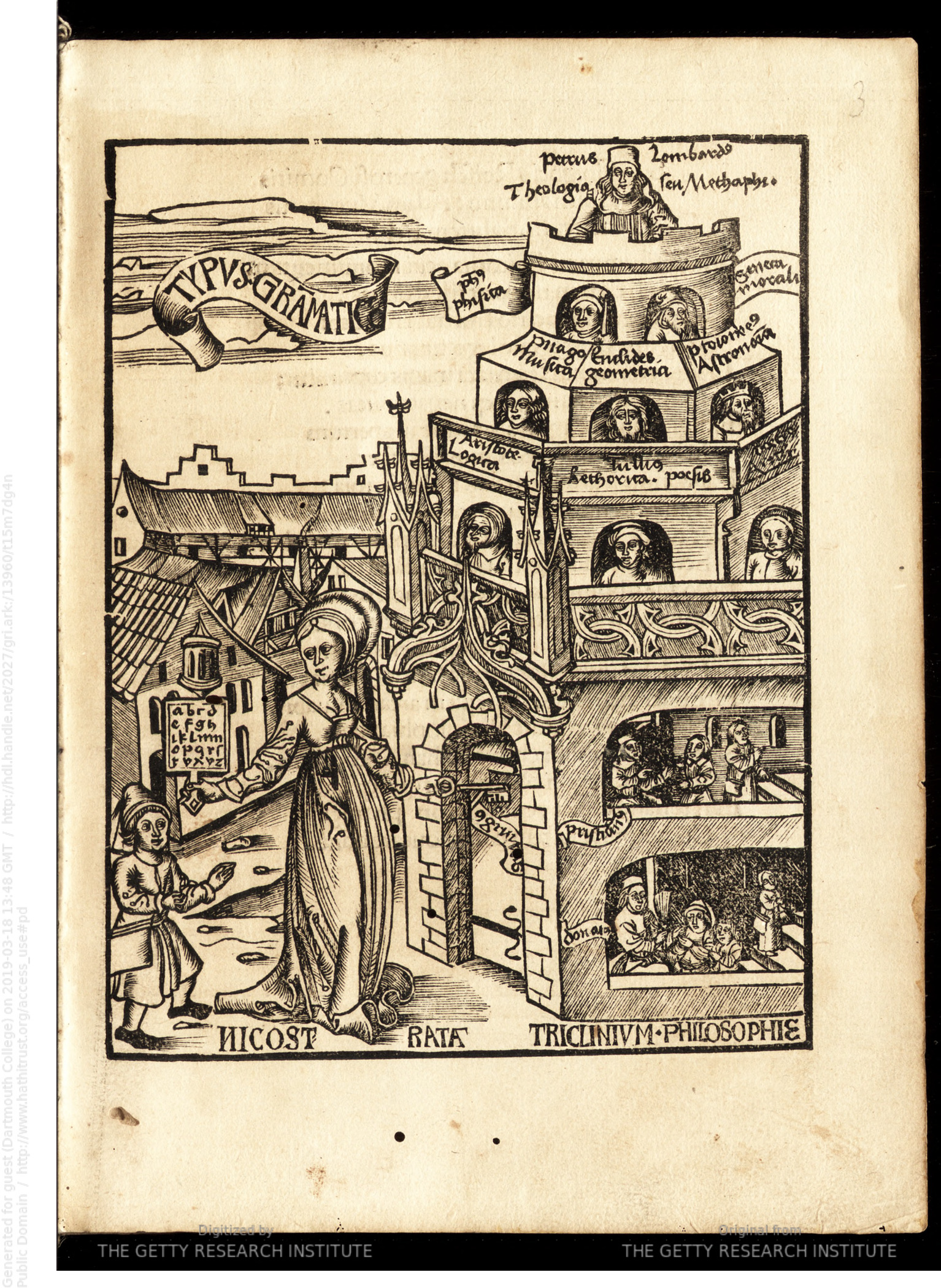 For many, “liberal arts” denotes college majors that are not science, math, or business. But this definition is a relatively modern one. The phrase initially meant “the kind of studies worthy of a free man.” The idea of the liberal arts is an ancient one that was centered on Latin grammar, logic, and rhetoric. At their highest expression in the Middle Ages, the liberal arts had grown to include arithmetic, geometry, music, and astronomy. In the Renaissance, men of letters (re)defined liberal arts as the languages and literature of Greece and Rome, and dropped logic in favor of ethics. The liberal arts had assumed a form familiar to us today.

Latin for “a course of life,” a curriculum vitae can be a written summary of past accomplishments, but it can also be understood as the arc of experience that runs through our lives. In this exhibit, we invite you to reflect on the course of the liberal arts throughout the life of Dartmouth College.

You can view "Curriculum Vitae" in the Baker Library Main Hall. The exhibition will be up from April 3rd until June 19th, 2019.

Next: What the Liberal Arts are, or Ought to Be