"No very good reason for not doing this": Dartmouth Trailblazers 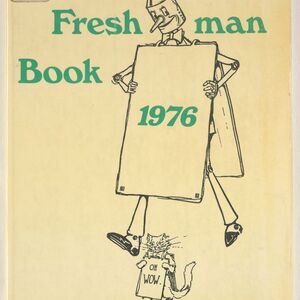 Dartmouth has been slowly taking steps to become a more inclusive place for all its students. In 1972, the first women students matriculated, and in the early 1970s, a renewed commitment to education of Native American students lead to the creation of the Native American Studies program.

The urgency, the immediacy, the importance of what needed to be done was sensed here, and things were done and changed very, very dramatically. And it became, you know, a bit of a model for what should be done everywhere. The New York Times had this article: DARTMOUTH ADMITS 100 BLACK STUDENTS, ... something like the most ever in the Ivies. It happened in 1972 I think. It really did become a model for what is possible. And, you know, I carried that with me for the rest of my life, that -- what a few guys can do.

Trustee Thomas W. Braden later wrote: "So here we are... sitting around a long polished table in the trustees' room, trying to decide whether to admit women to Dartmouth, and hold classes the year around, partly so as to make room for the women. Now there was no very good reason for not doing this, except the reason that it would change things. But you would have thought to hear us talk that we were about to bulldoze the place...."

-- President David T. McLaughlin discussing coeducation in his 2007 book, Choices Made: a Memoir.

"We knew we were a part of history in the making. You don't get that chance very often and as any pioneer would find, there were times where the going was tough... We were all so grateful to be part of bringing Dartmouth into the world serving the entire population and not just half the population. I mean could you imagine today if Dartmouth wasn't coed?" 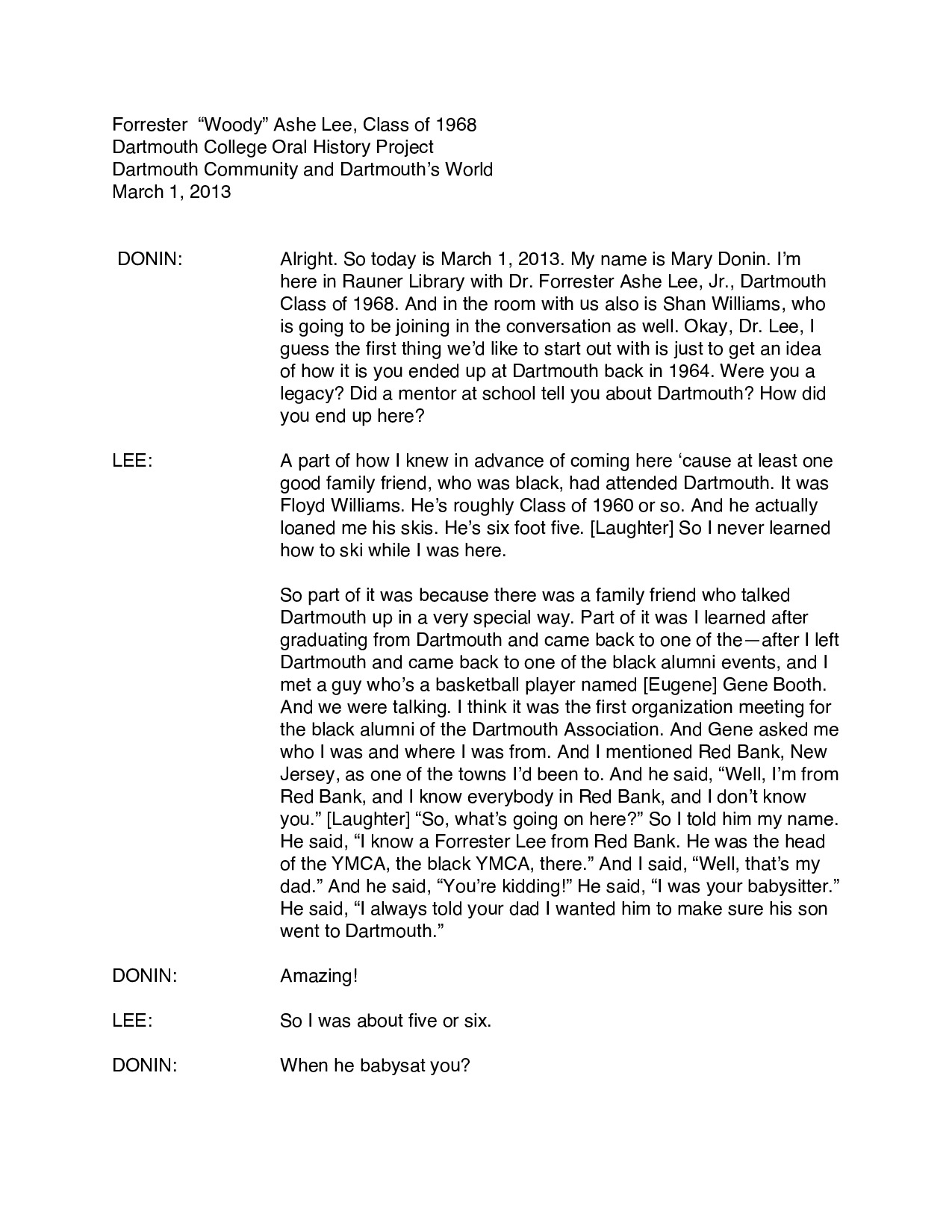 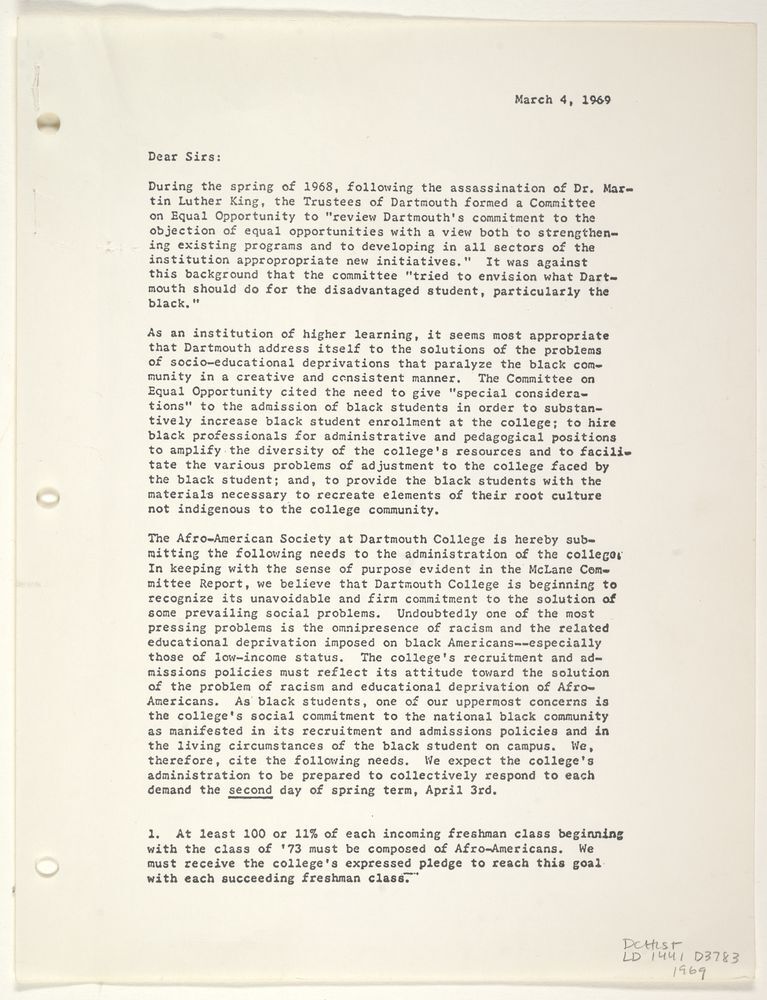 In 1969, Dartmouth's Afro-American Society wrote a letter to the administration, demanding increased recruitment, admission, and support for Black students, as well as the creation of a Black Studies program. 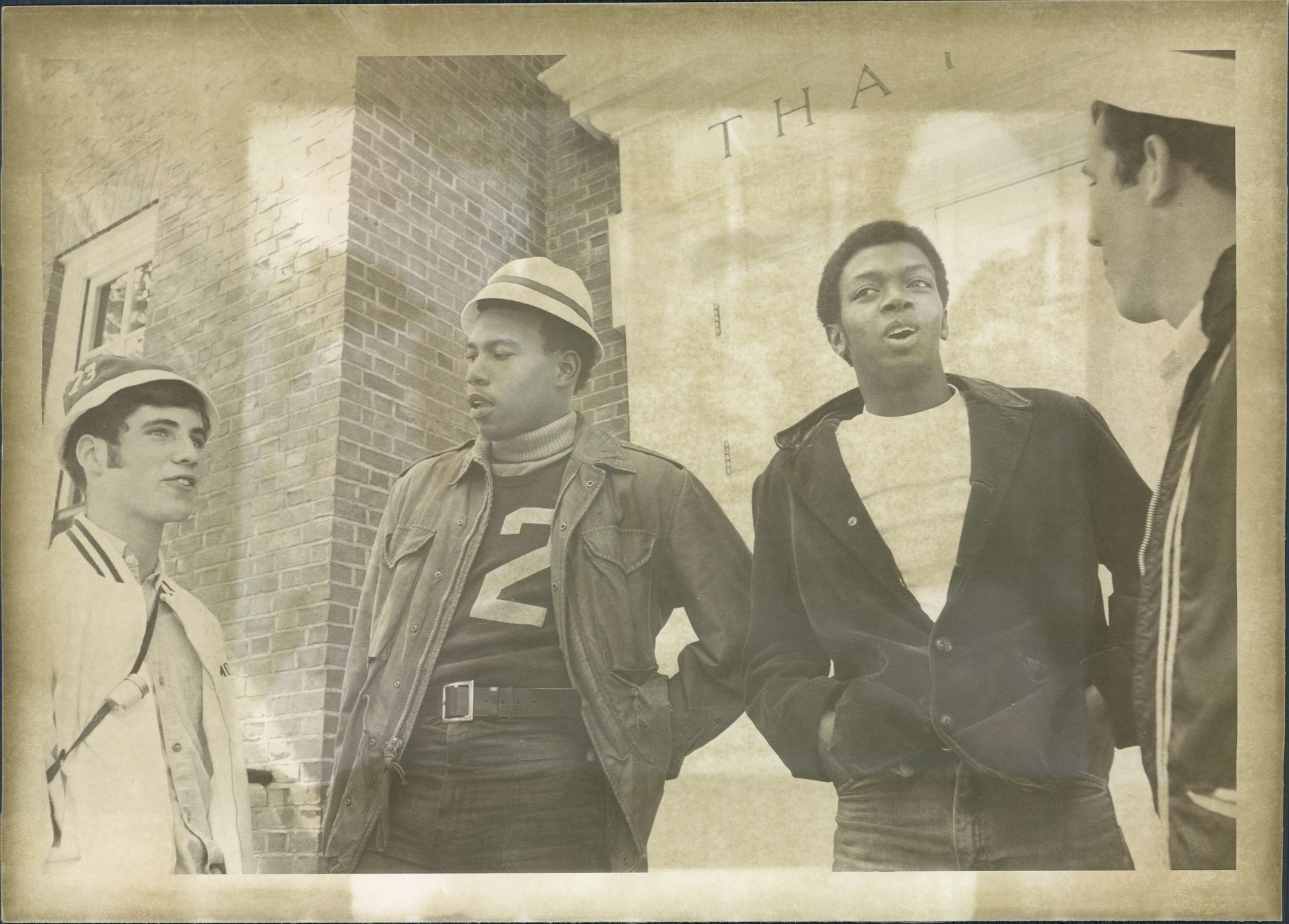 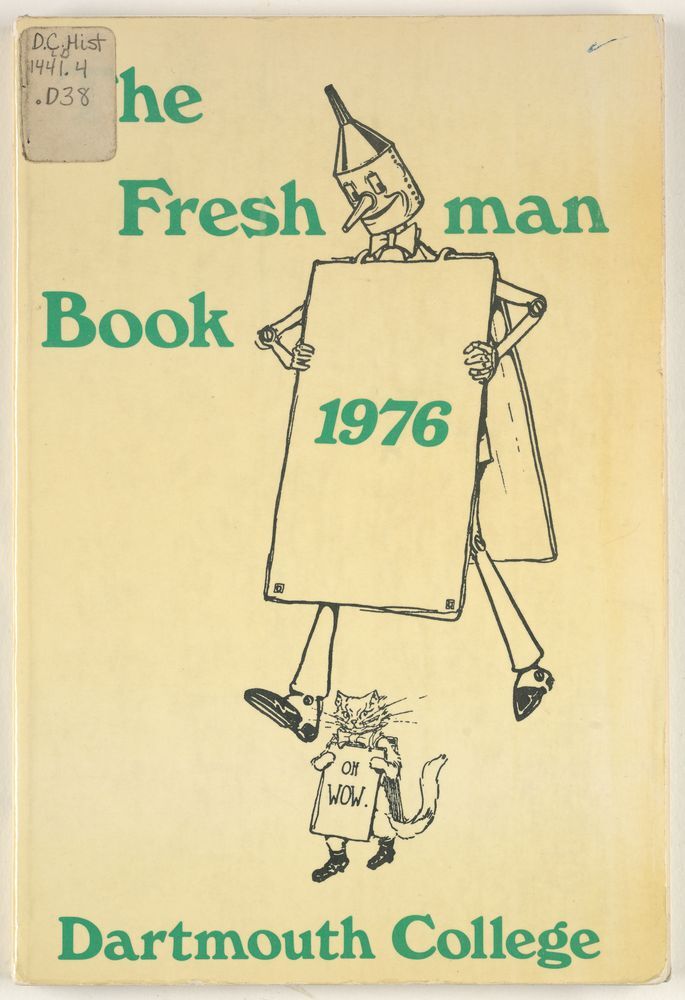 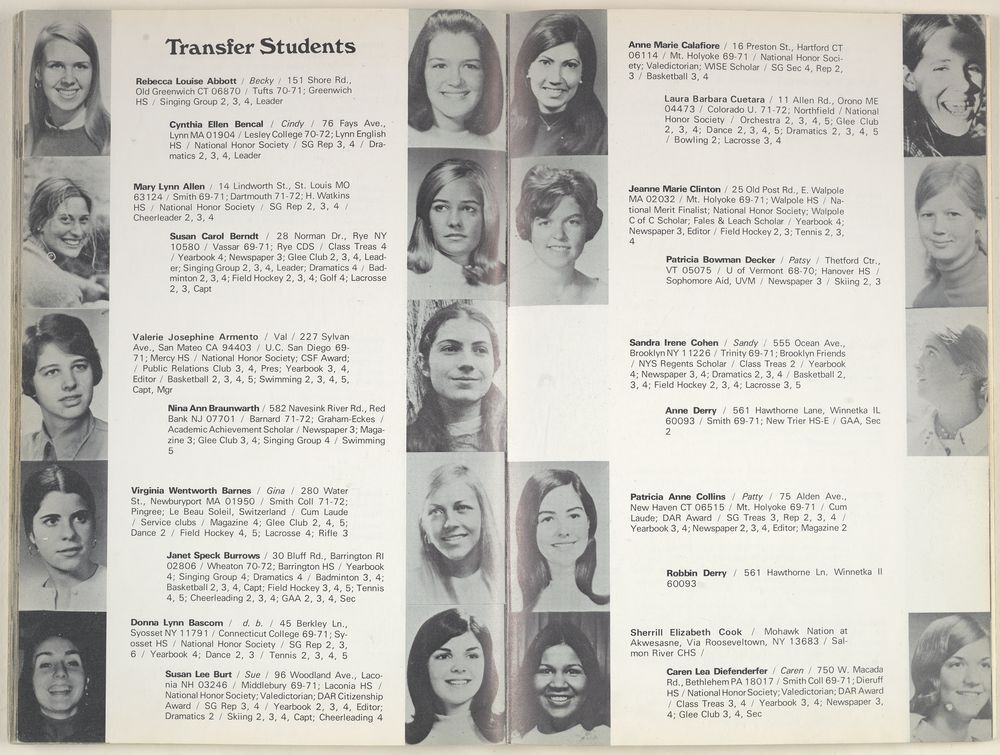 The Freshman Green Book for the Class of 1976, issued Fall 1972.  Most of the transfer students that year were women, many of whom were awarded Dartmouth degrees in 1973. 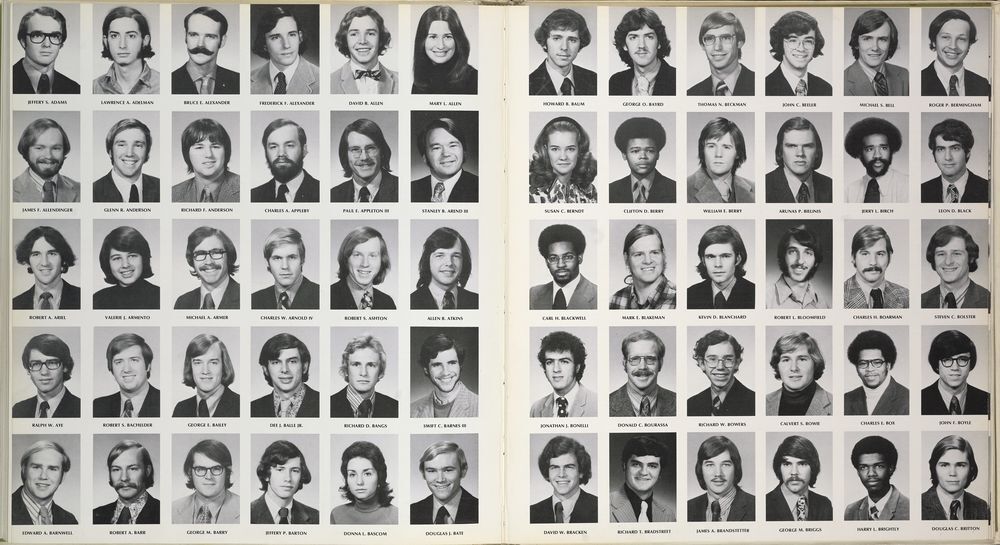 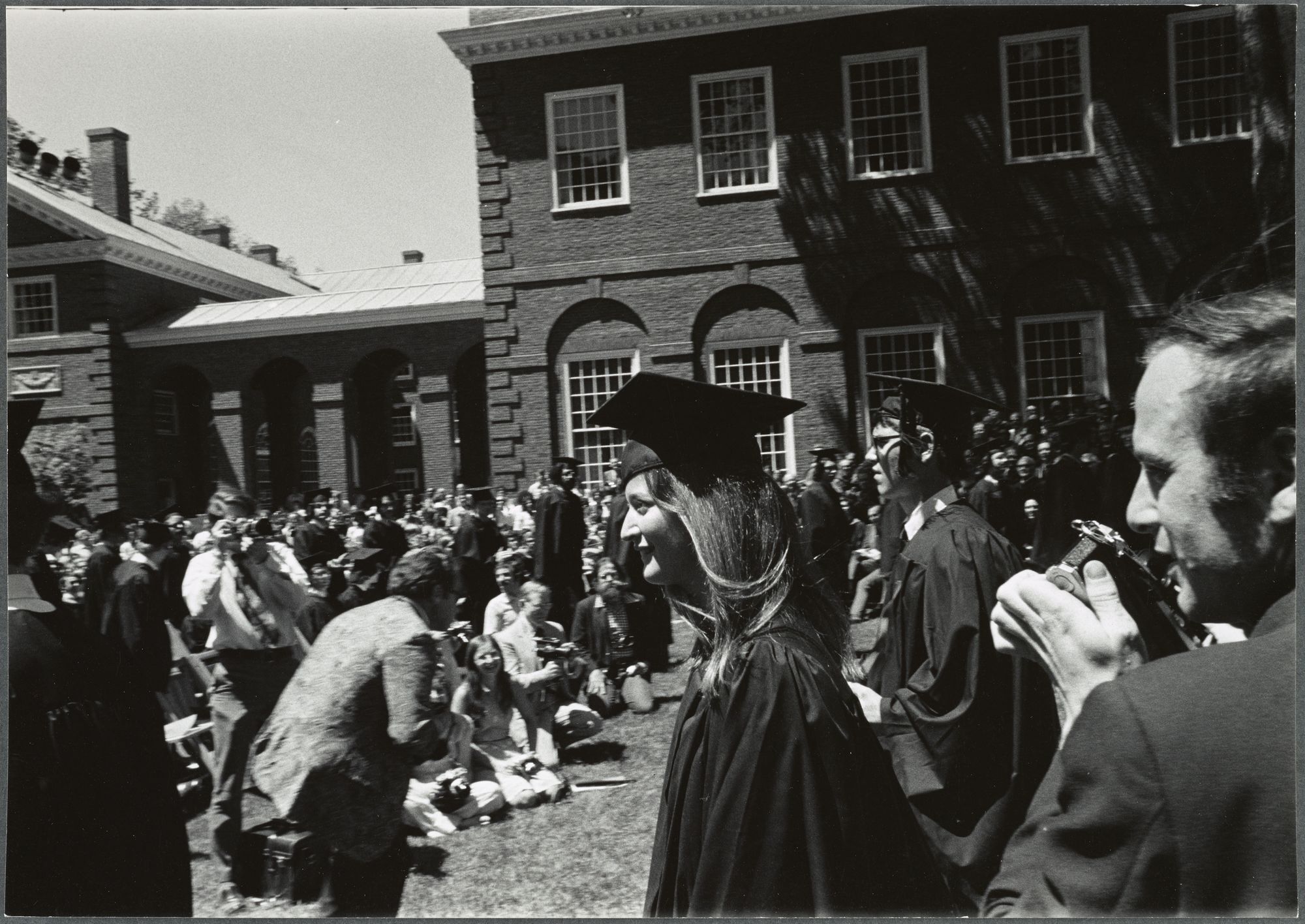 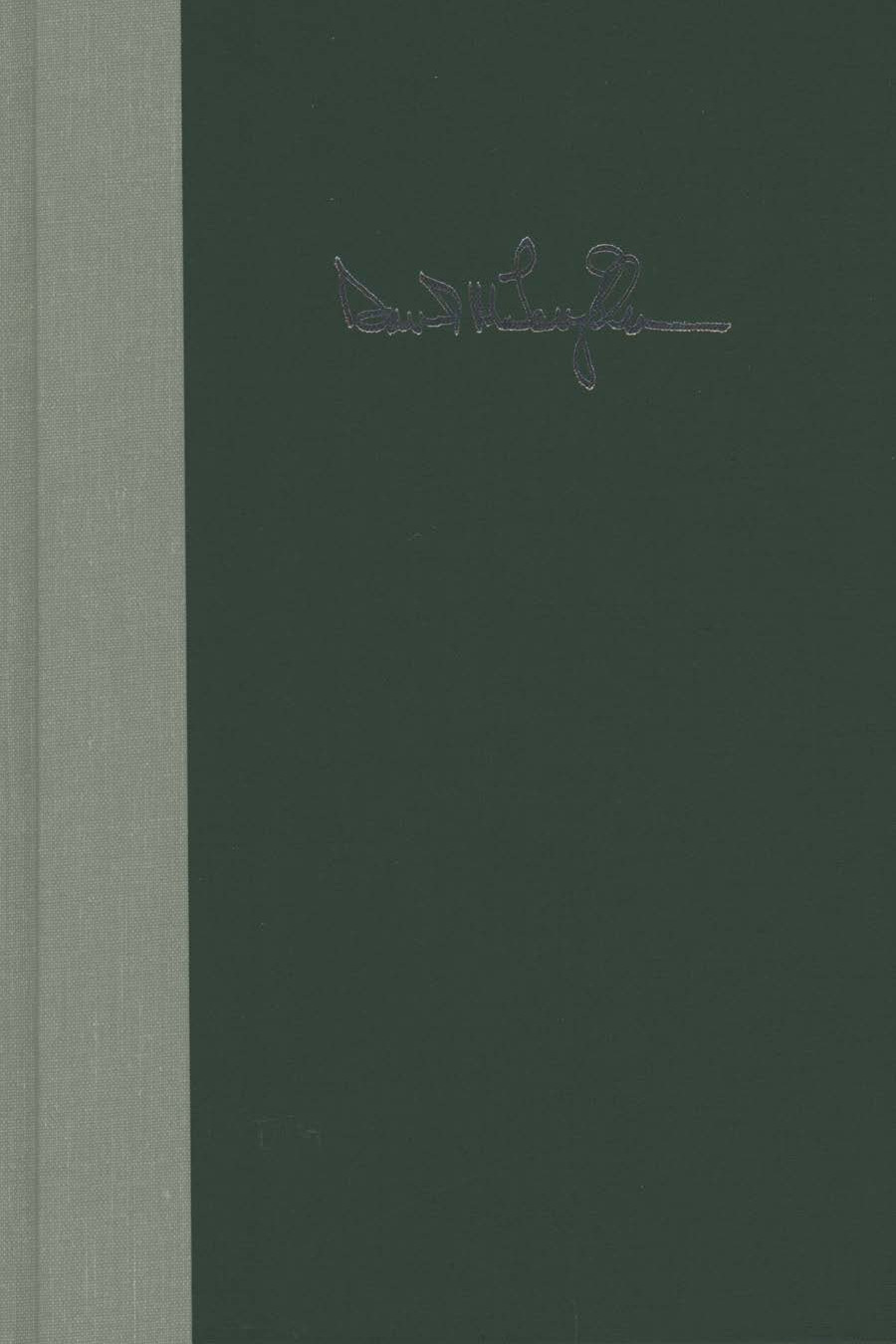 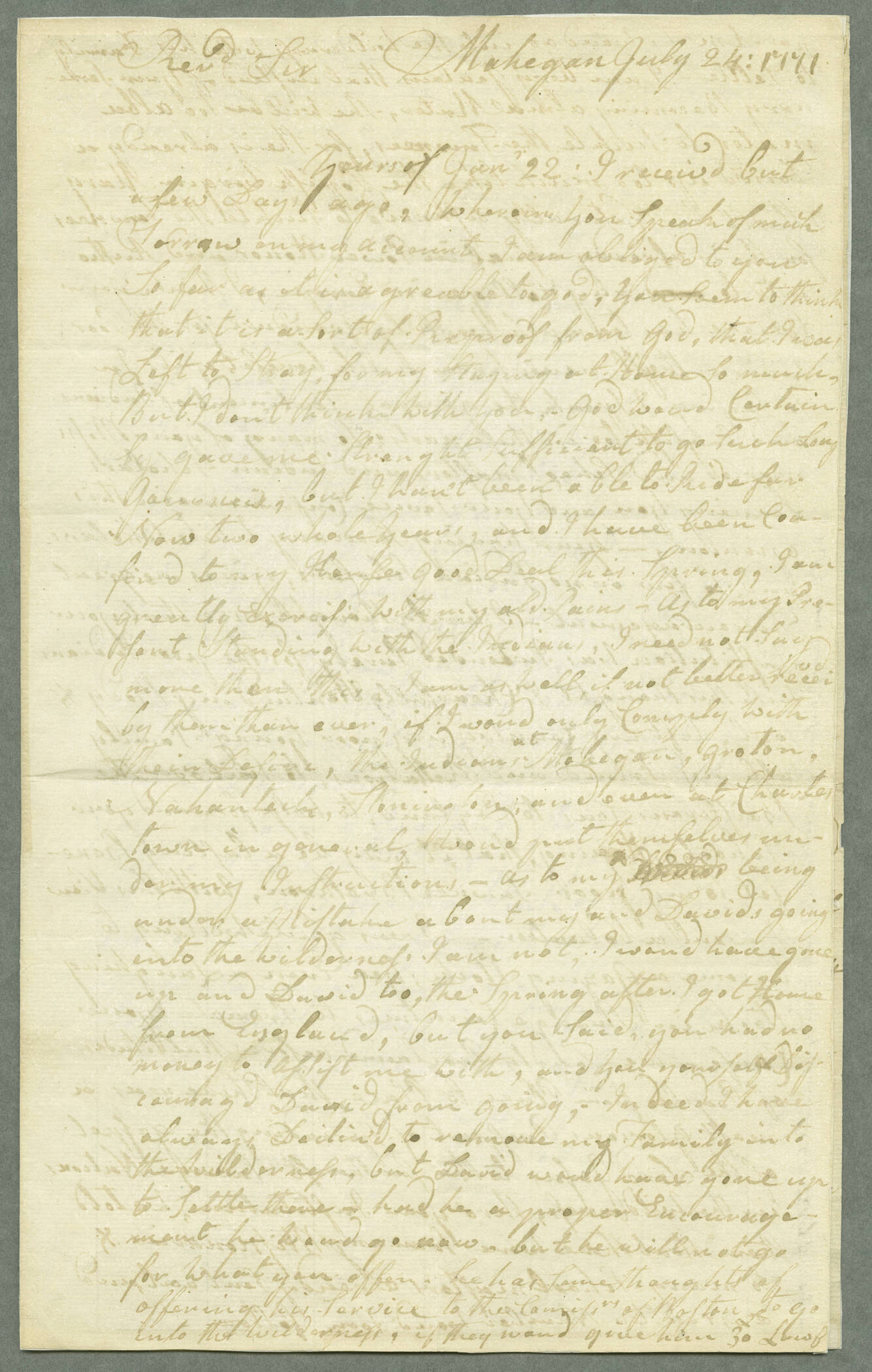 "Leaving you and your Service Confirms me in this opinion, Your having So many white Scholars and, So few or no Indian Scholars, gives me great Discouragement." -- Samson Occom, letter, to Eleazar Wheelock, 24 July 1771. 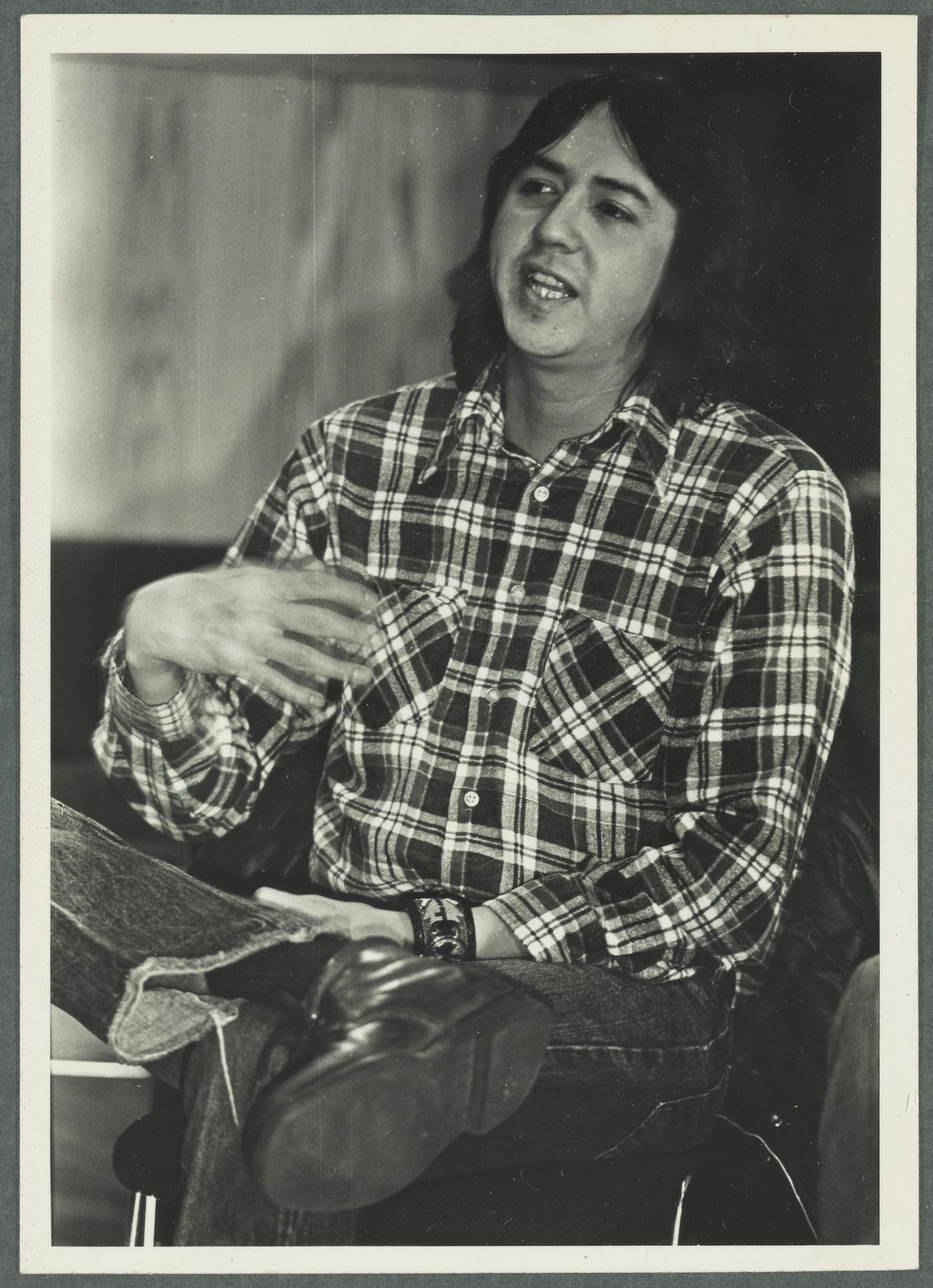 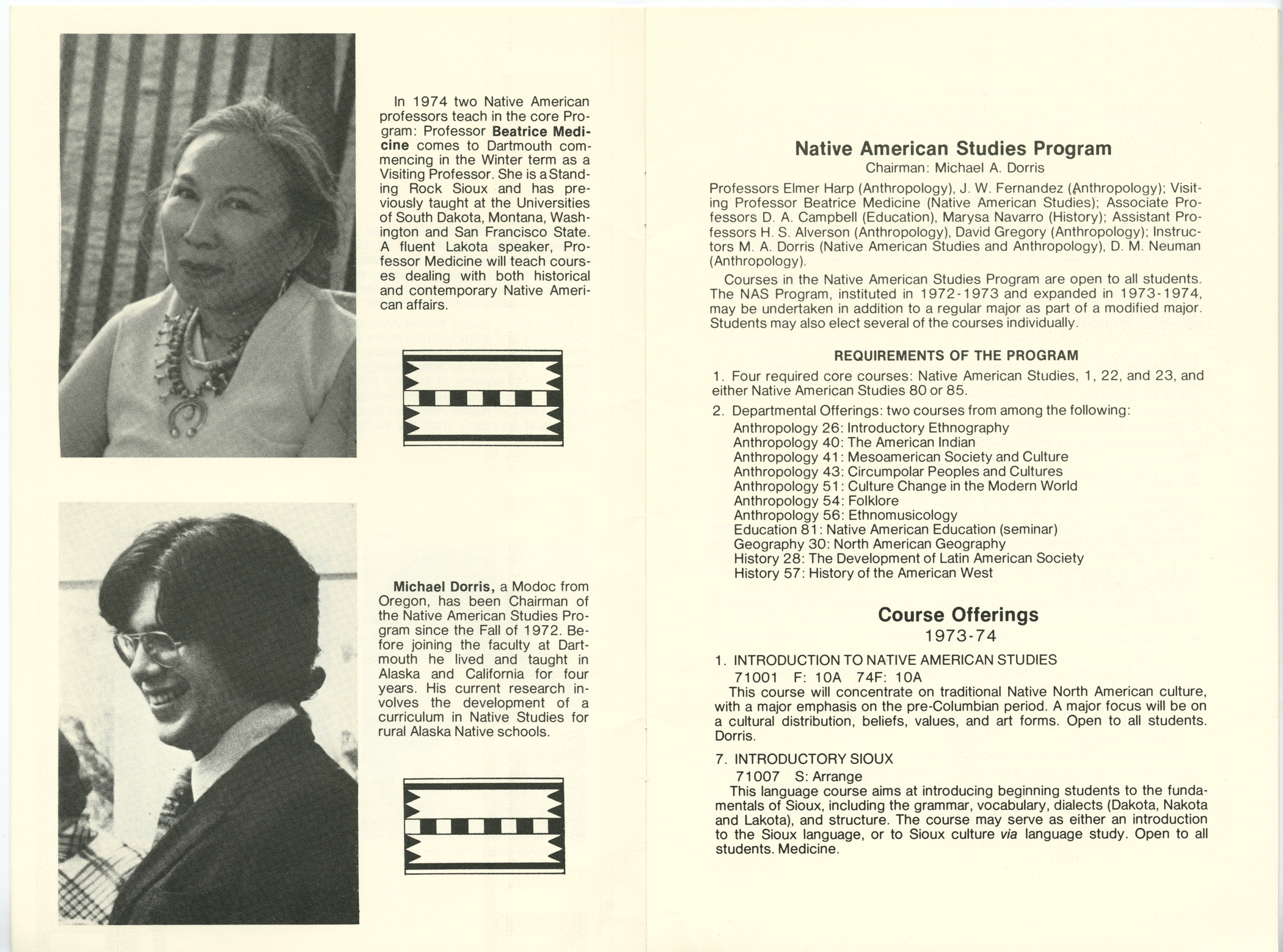 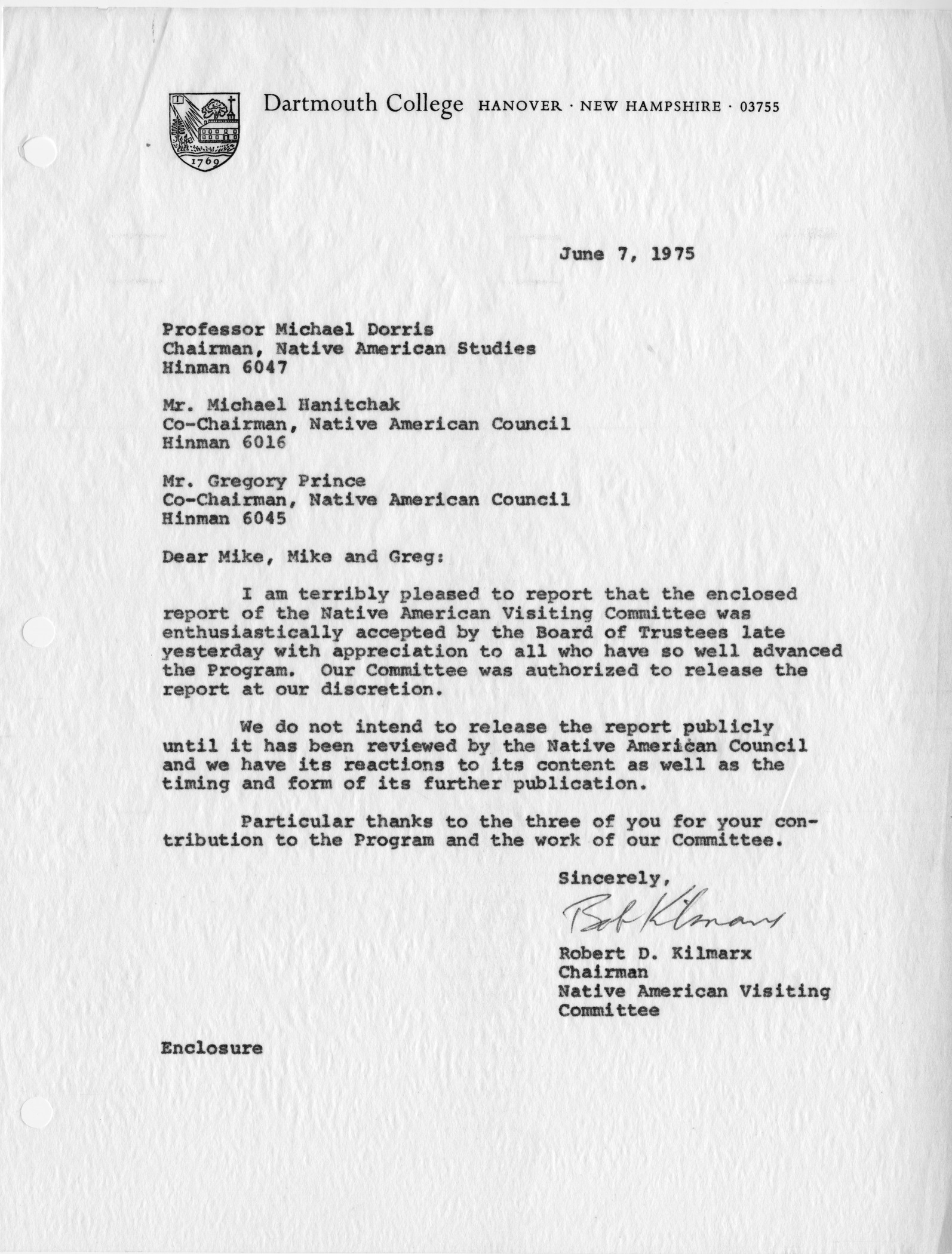