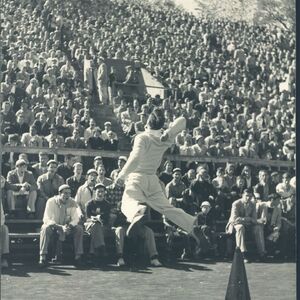 Balancing an intense curriculum with the physical demands of college sports can be a trial of spirit for anyone, especially in the early days of sports medicine and leather pads. Never limiting their adventures to the fields, tracks, and slopes, Dartmouth's scholar athletes emerge as key players in the struggle for civil rights and social justice.

1880s and 1900s: Admitted to Dartmouth based on academic merit, young African American men such as Champion Waring, Julius Haynes, and Matthew Bullock positioned themselves as diligent students. Yet, their ability as athletes largely overshadowed their scholastic achievements in the public eye. Overcoming these odds, Waring, Haynes, and Bullock all went on to establish careers in predominately white professions such as education, medicine, and law.

1940s: When the United States entered World War II, Dartmouth's skiers were prize recruits for the US Army's 10th Mountain Division, which saw intense combat on some of Europe's most treacherous slopes.

1970s: In 1972, with the passing of Title IX and co-education, the College's first official female athletes put on the Dartmouth green. In the same era, Native American athletes and students called for justice and the unofficial Indian mascot was finally retired after nearly 50 years of use.

2010s: With more than 75% of all students engaged in sports, Dartmouth's athletic community continues to reflect the spirit of the College's student body. In the spirit of acceptance and equality, the College has celebrated the end to discrimination in public spaces, such as locker rooms, for all individuals, including the LGBTQ community. In 2018, the College welcomed the first known female Division I football coach, Callie Brownson.

Previous: "Joy in Learning" -- Next: "No Very Good Reason for Not Doing This" 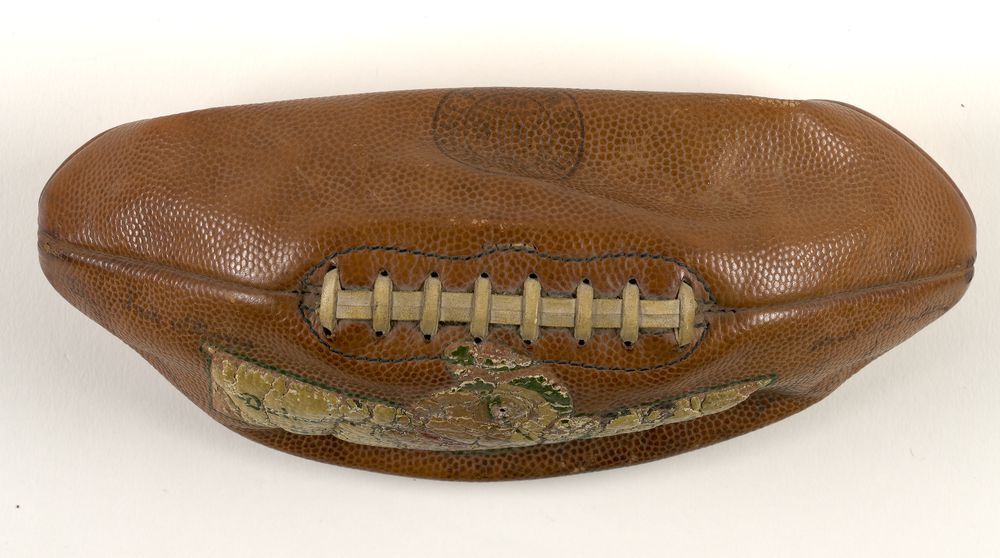 A sporting souvenir, this Dartmouth football game ticket is pasted on a piece of the goal post. 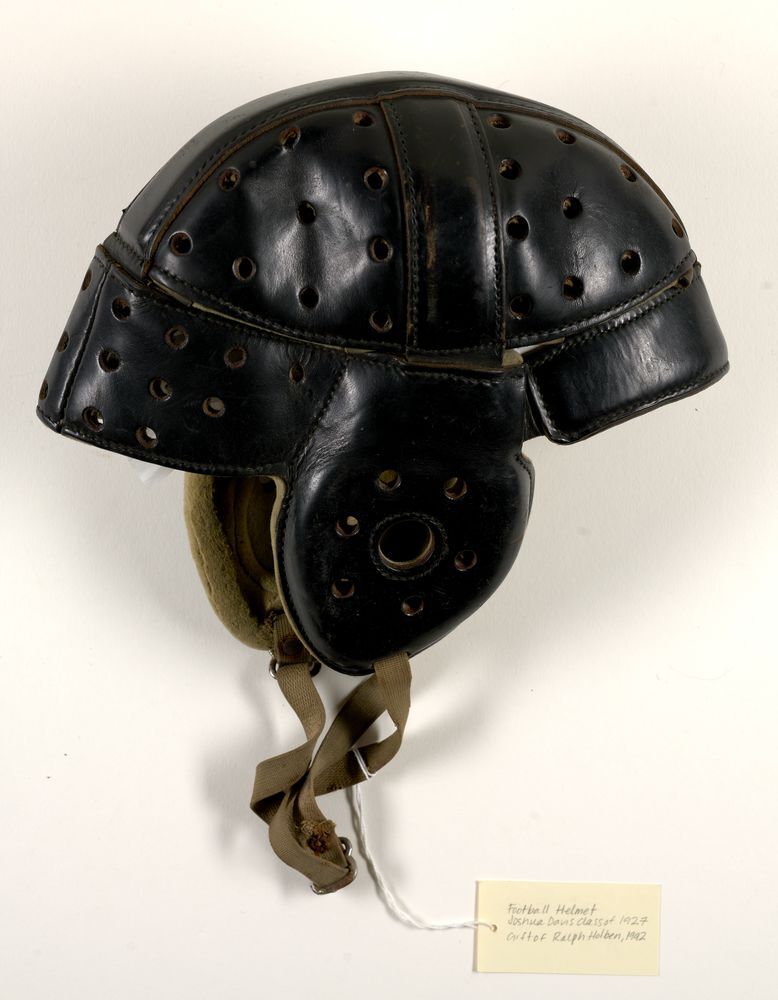 Early athletic gear left much to be desired, especially safety. This helmet is made of stiched leather and minimal padding. 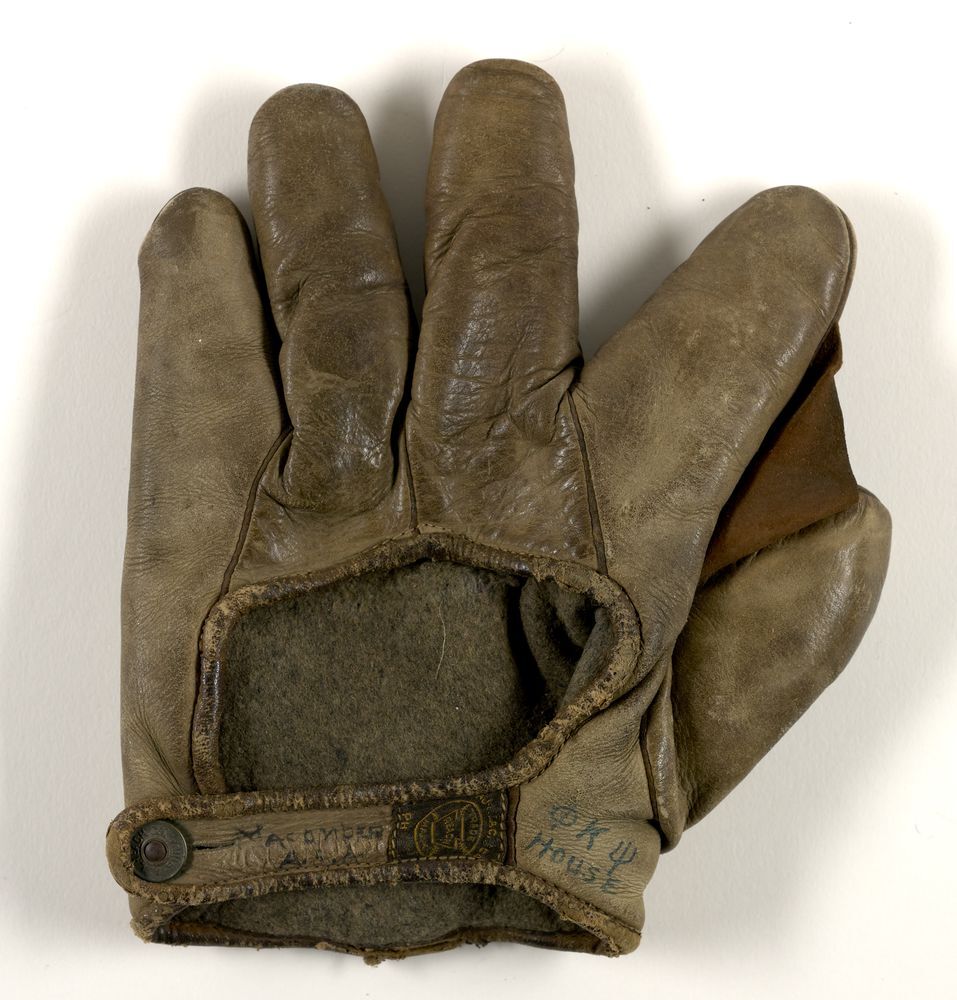 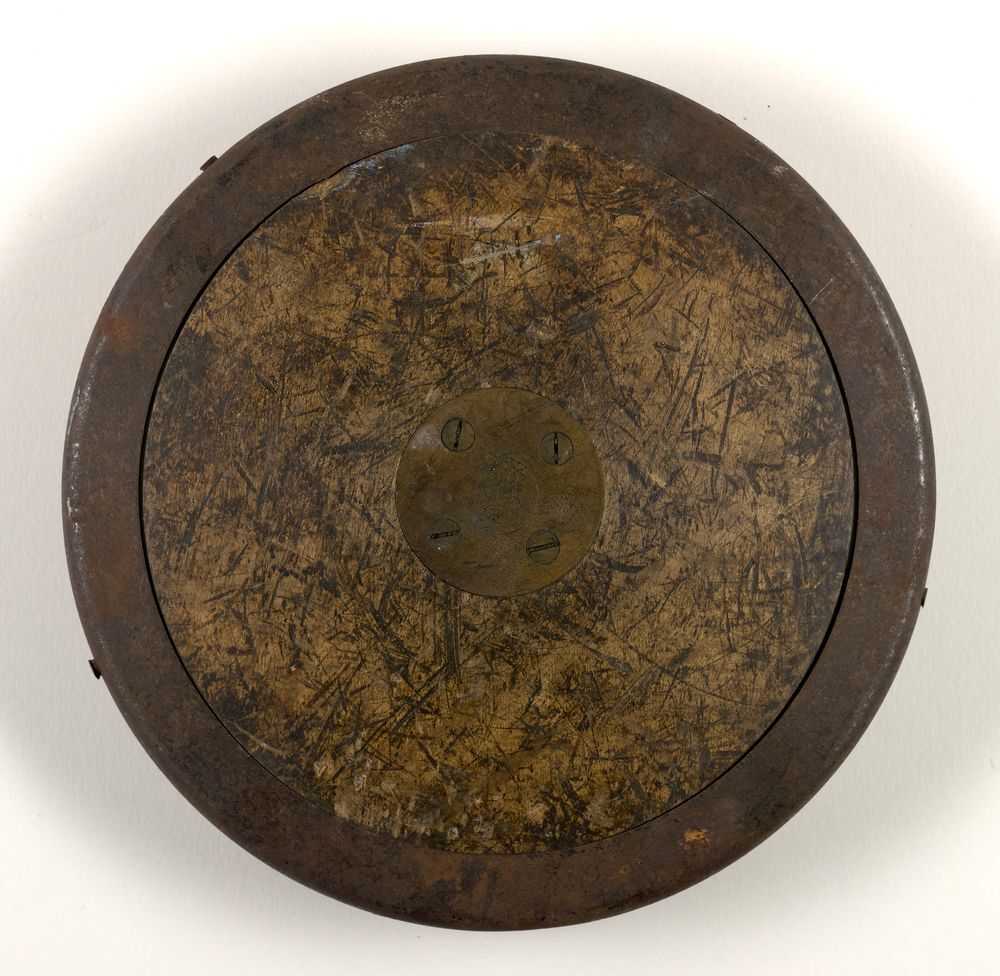 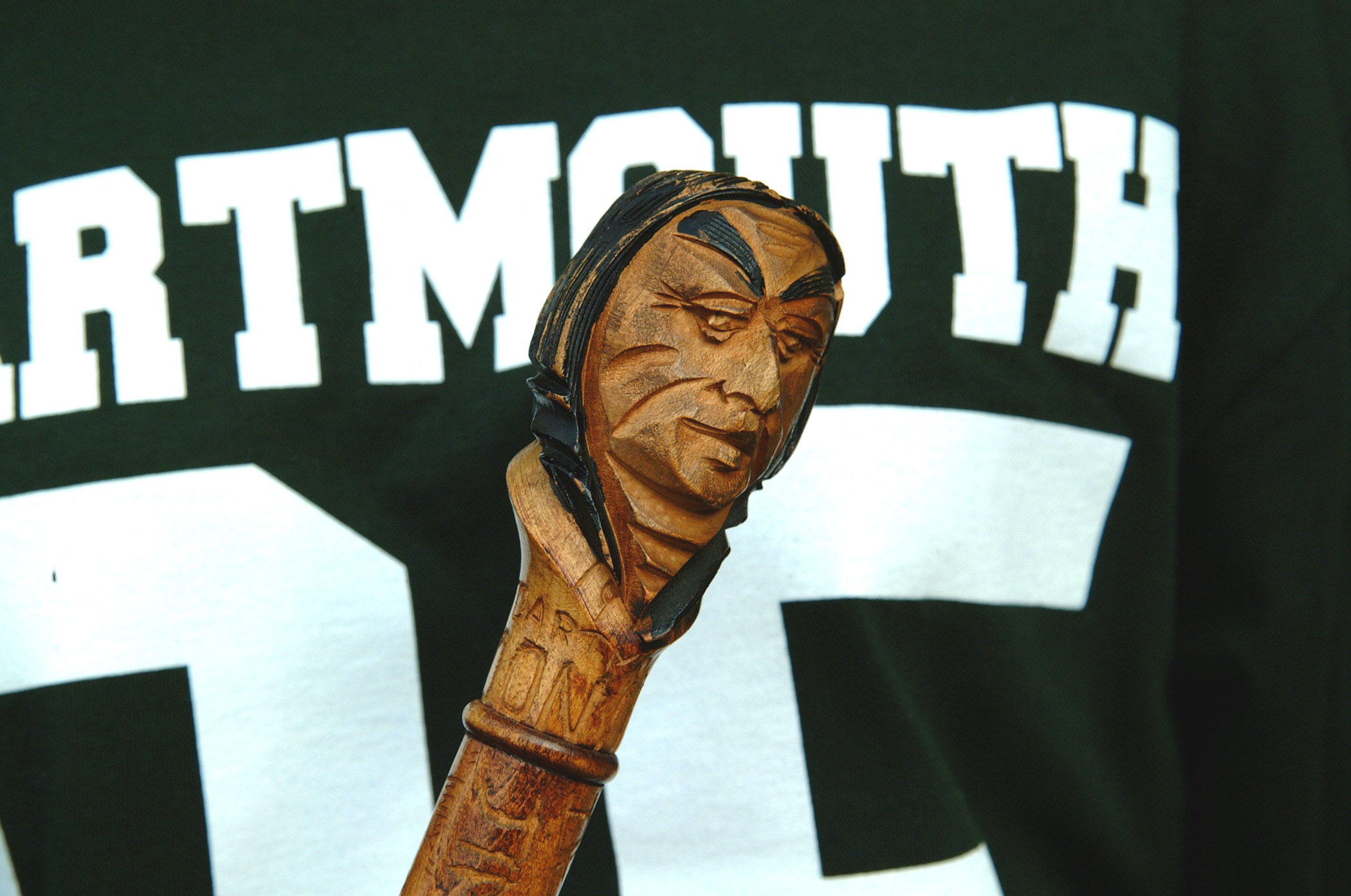 The Indian head symbol unofficially represented Dartmouth athletics for over a century. In response to student protests, the College officially banned the use of the symbol in 1970. 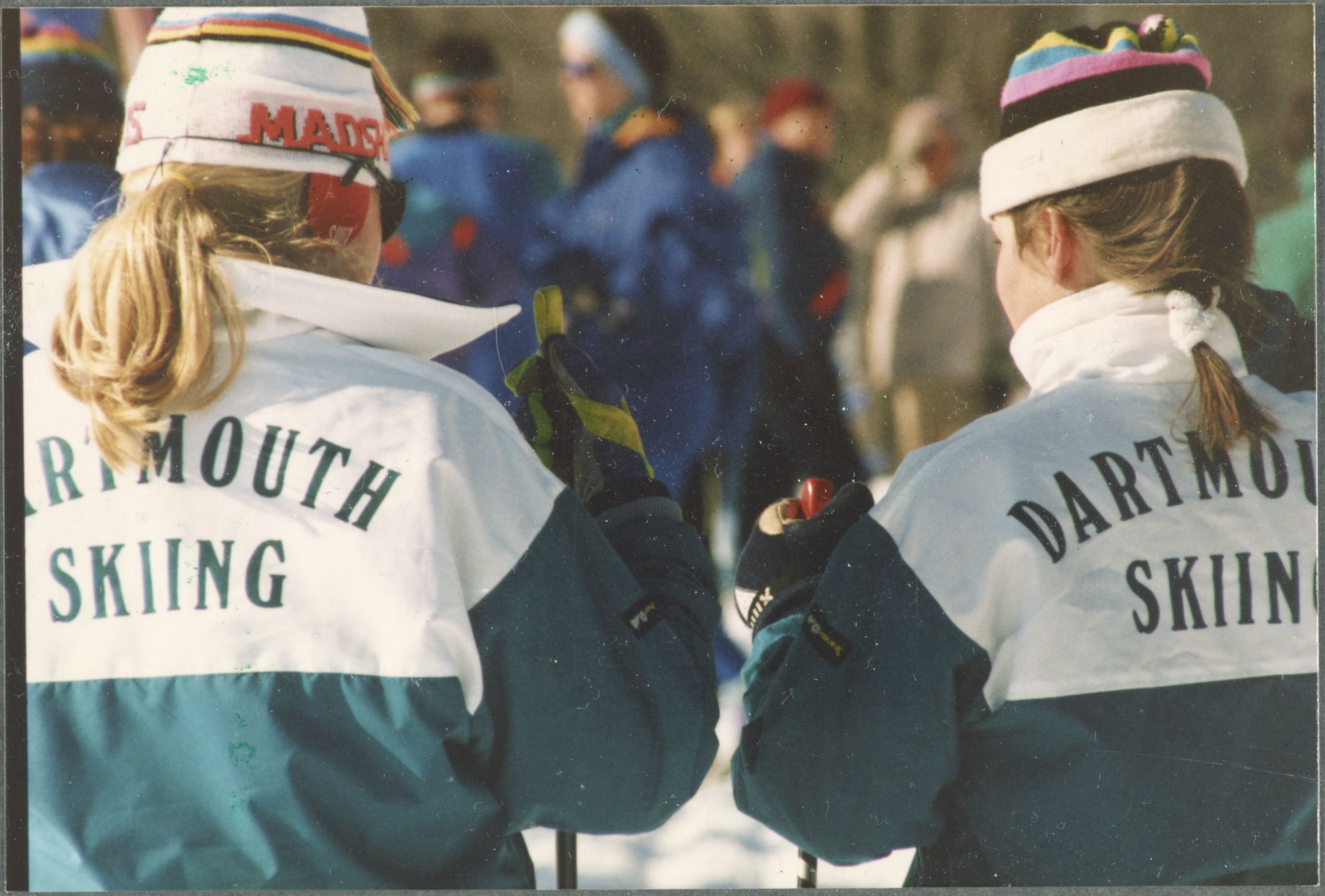 Skiing has played a pivotal role in Dartmouth's history. The women's ski team was one of the first female athletic teams created by the College.

Champion James Waring graduated from Dartmouth in 1883. Waring went on to become a Chicago lawyer and owned his own practice. 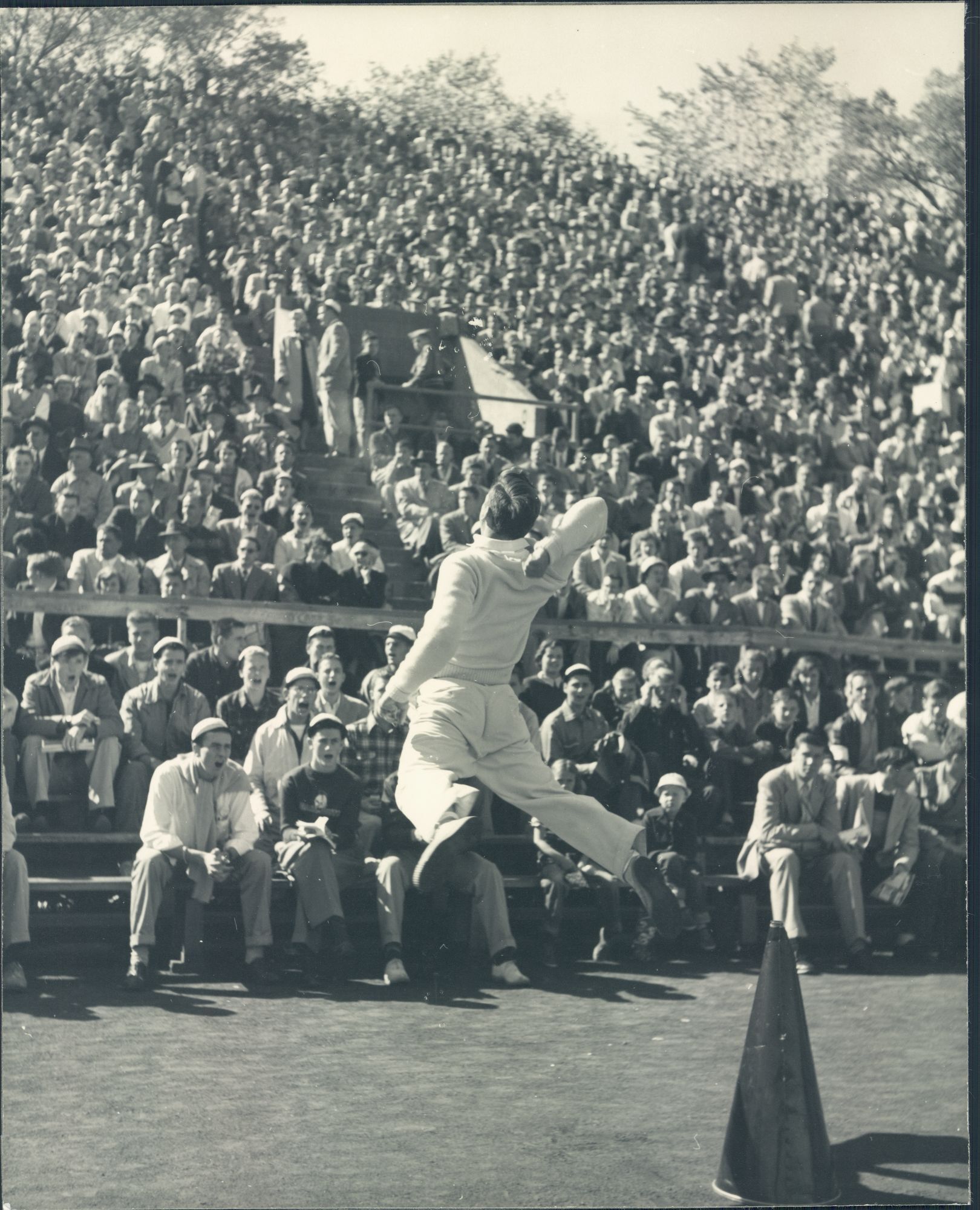 "Dartmouth is noted for the loyalty of its alumni group. Part of that loyalty stems from fall afternoons in the stands at Memorial Stadium, watching the games and cheering the teams playing against a backdrop of vivid hills decked in autumn colors." 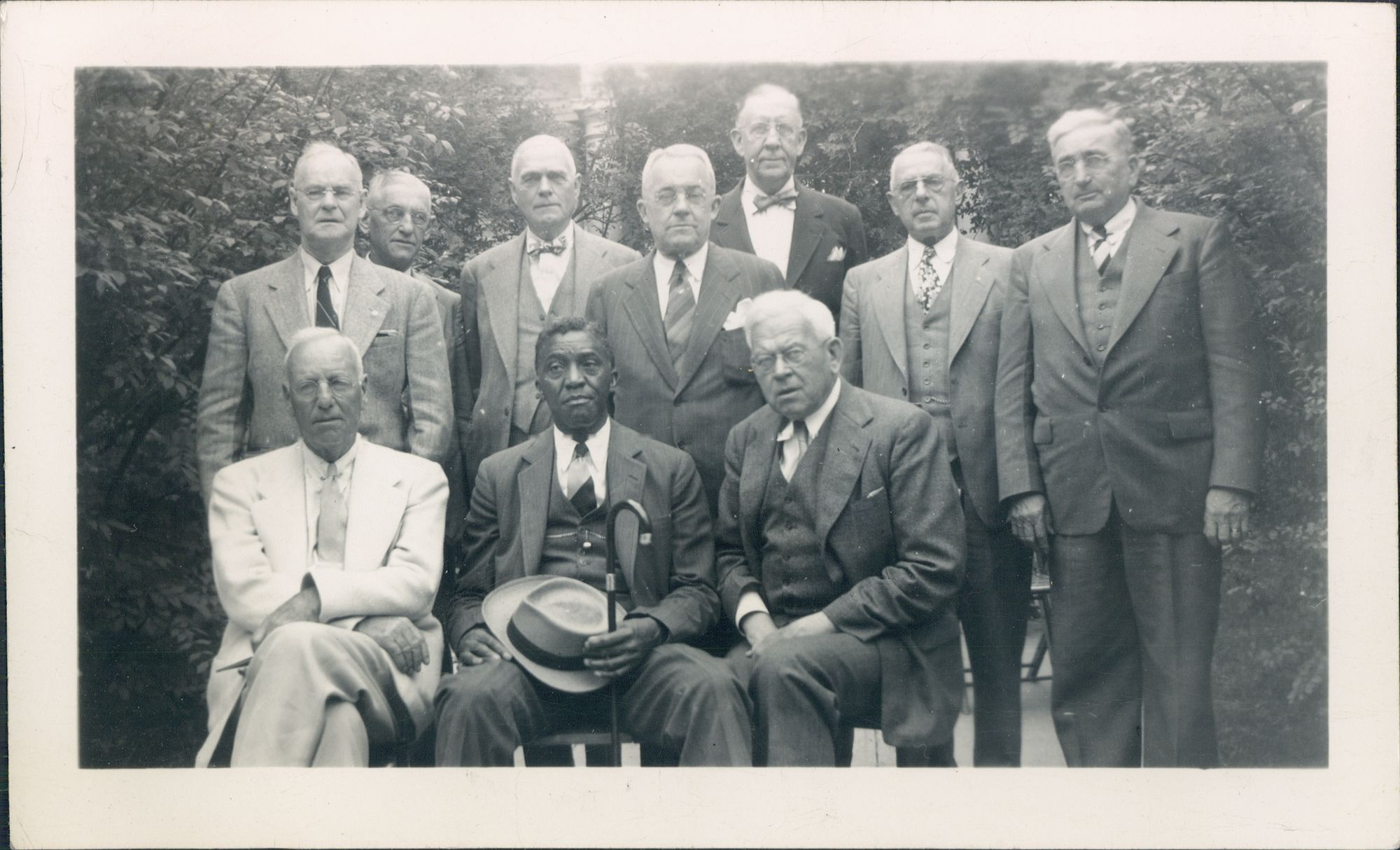 The social impact men like Bullock helped to create lasted long after they had hung up their cleats. After graduating from Dartmouth and Harvard, Bullock spent the next 50 years advocating for prison reform and racial equity. 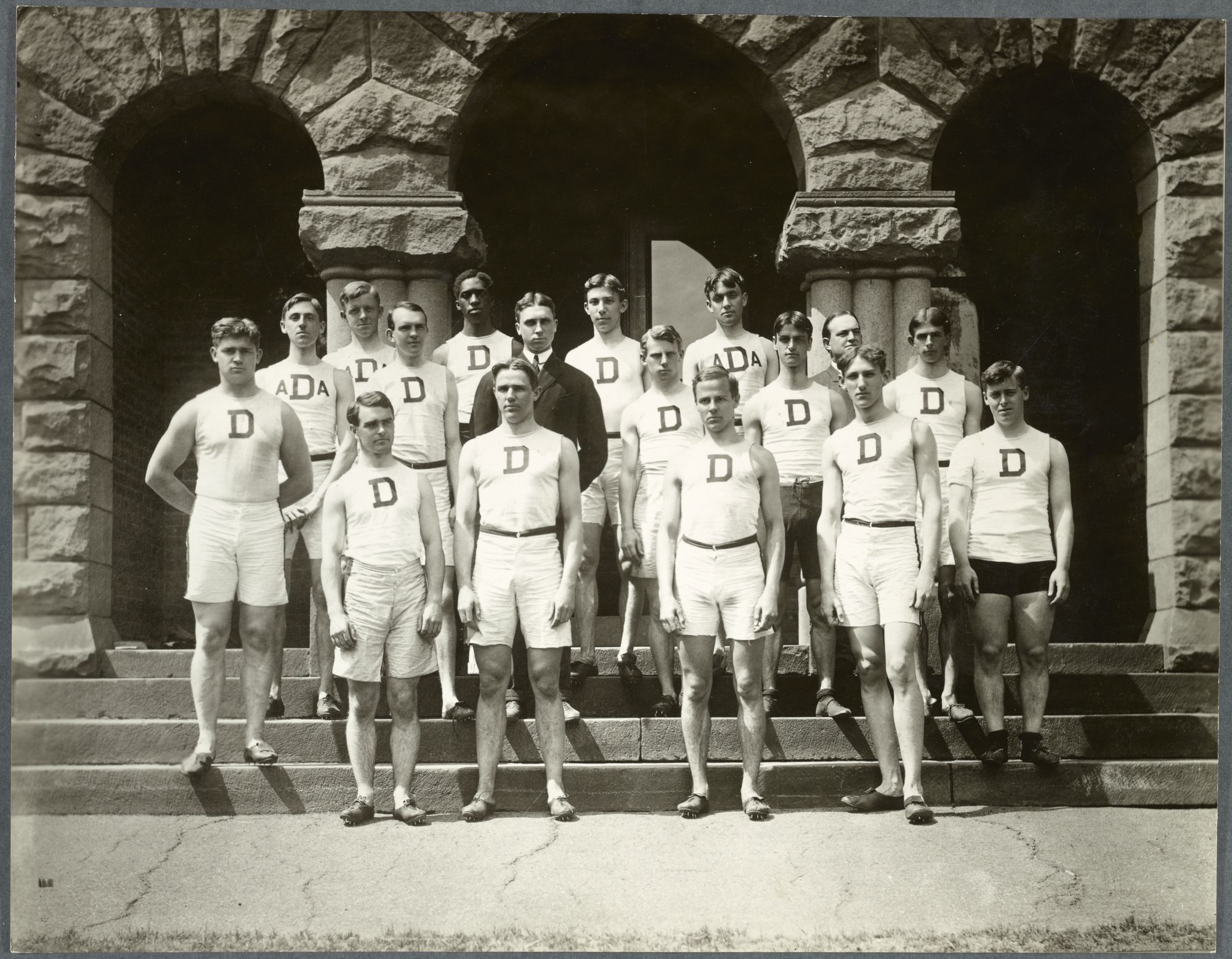 Matthew Bullock was a man of many talents. In addition to being the first African American to play on the Dartmouth football team, he also sang in the Glee Club, and was the Associate Editor of the Aegis.