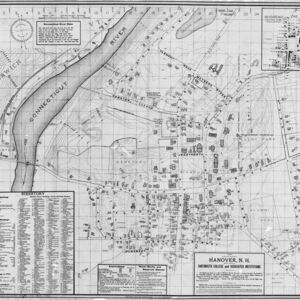 In the summer of 1770, Dartmouth’s founder, Eleazar Wheelock, traveled to Hanover to set up his new College named for the Earl of Dartmouth. Wheelock, who owned at least eighteen enslaved people during his lifetime, brought seven of them with him on the journey. When they arrived in Hanover, they found the “Hanover Plain” covered in massive white pines that are reported to have stood more than 200 feet tall and were as much as five feet in diameter. The enslaved people, with the help of Wheelock’s followers, set about clearing the land. They left one of these trees, the Old Pine, which despite its imperfections (which probably saved it), became a symbol of the College. Over the next 100 years, the College existed primarily on the small hill to the east side of the Green, but as the 20th century approached, the College began, like the universe, to expand, slowly taking over the northern part of the town. Today, that reach extends deep into the southern part of Hanover to the point where it is hard to determine where the College ends and the town begins.

Next: Home Away from Home: Life in the Dorms 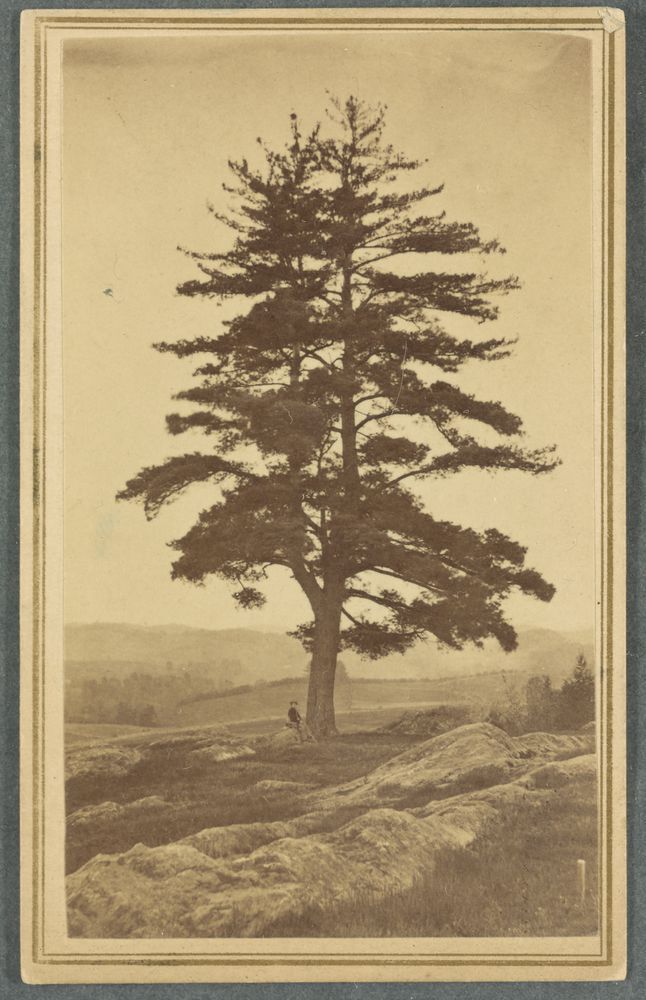 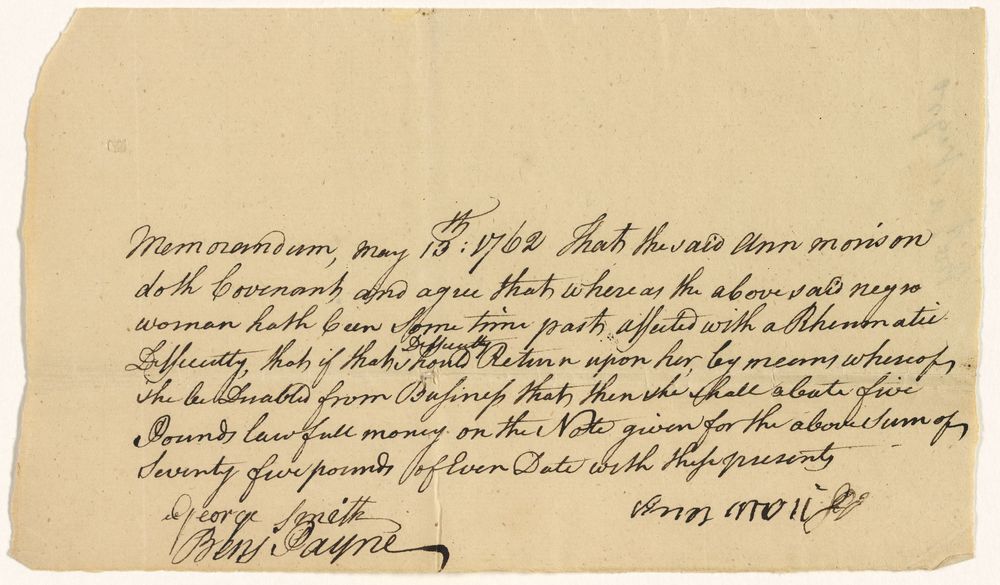 Deed of Sale for Exeter, Chloe and Hercules, Anne Morrison to Eleazar Wheelock

This document details the sale of Exeter, Chloe and Hercules to Eleazar Wheelock in 1762. It is accompanied by a memorandum that is essentially a warranty that, should Chloe be troubled by “rheumatic difficulty,” Anne Morrison will refund Wheelock five pounds. 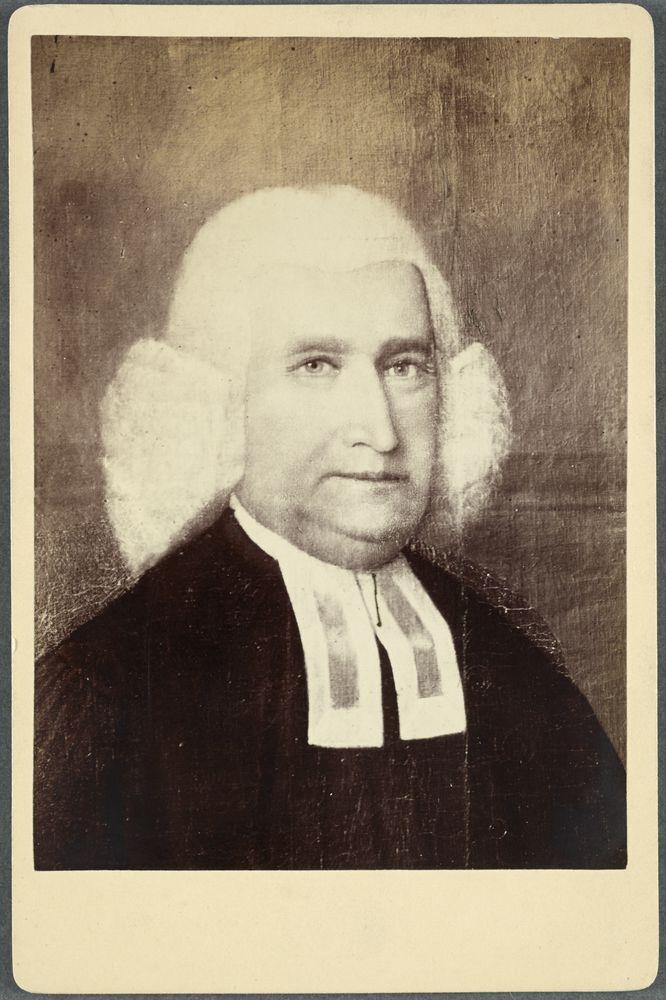 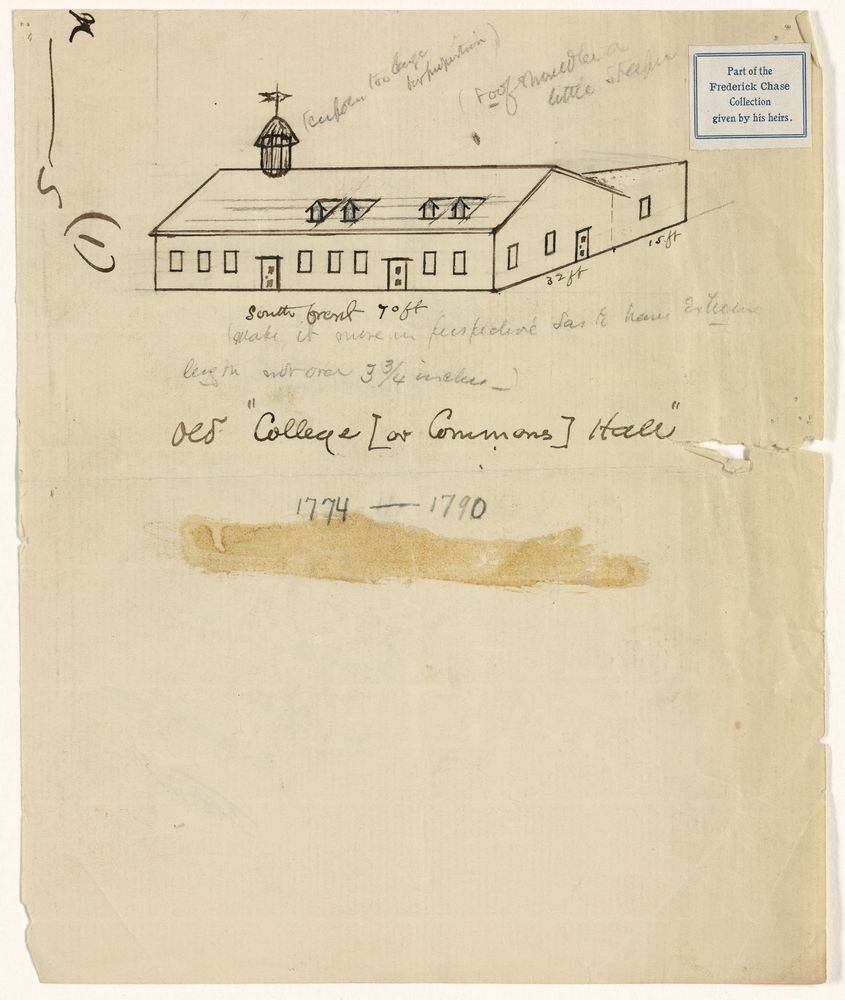 College Hall was the first College building and stood close to the southeastern corner of the Green. 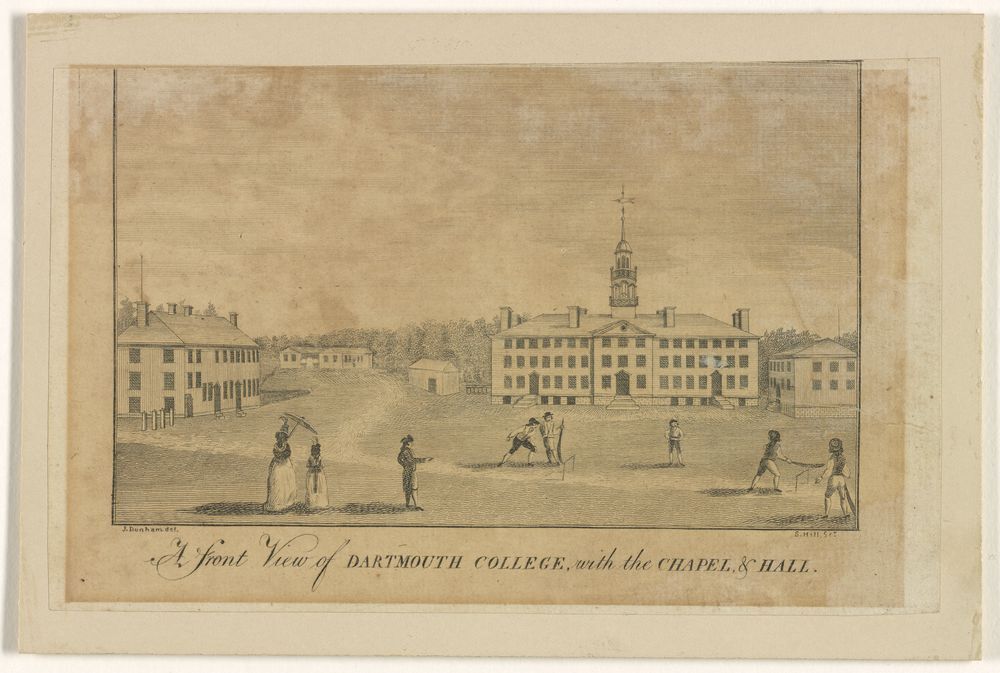 A front view of Dartmouth College, with the chapel & hall, by Josiah Dunham

This is thought to be the earliest view of Dartmouth College. Note the group of students in front of Dartmouth Hall playing an early form of stick ball that looks more like cricket than baseball. 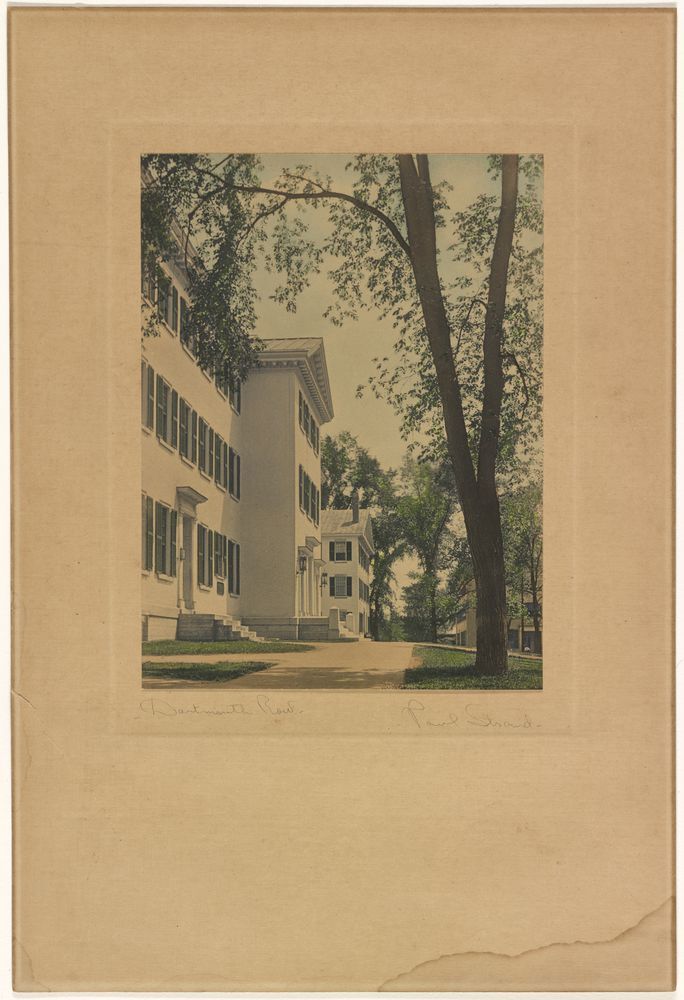 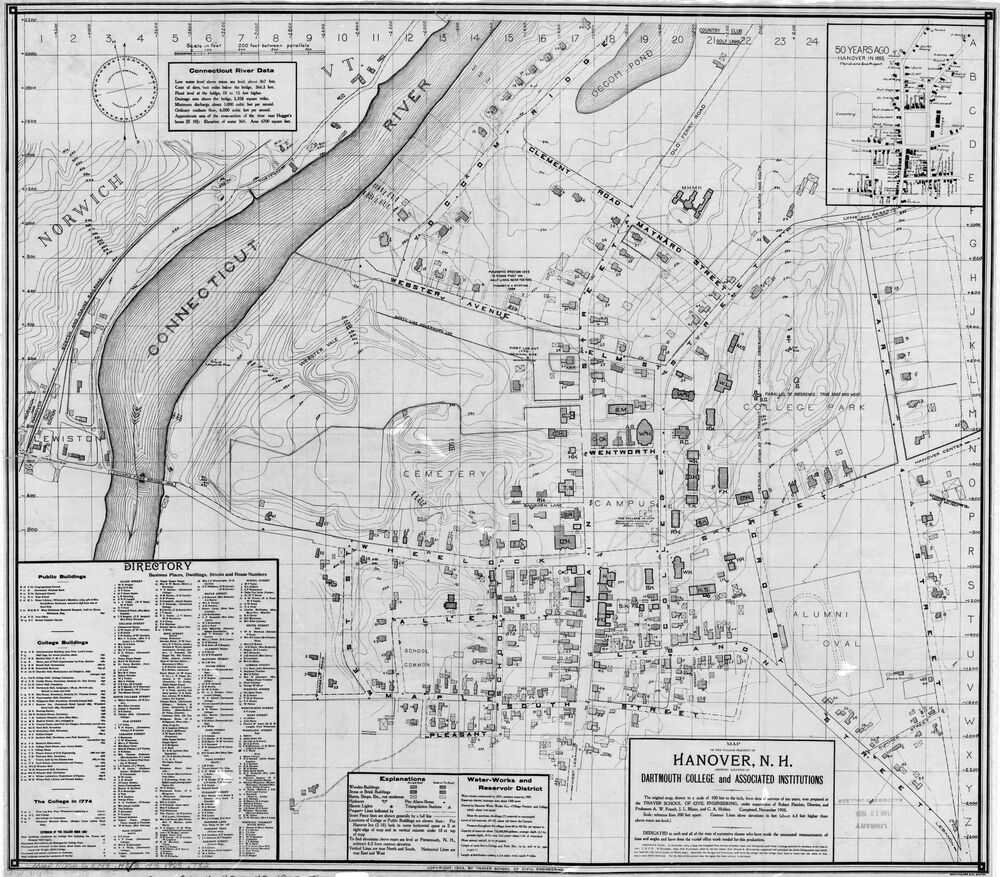 Map of the village precinct of Hanover, 1905 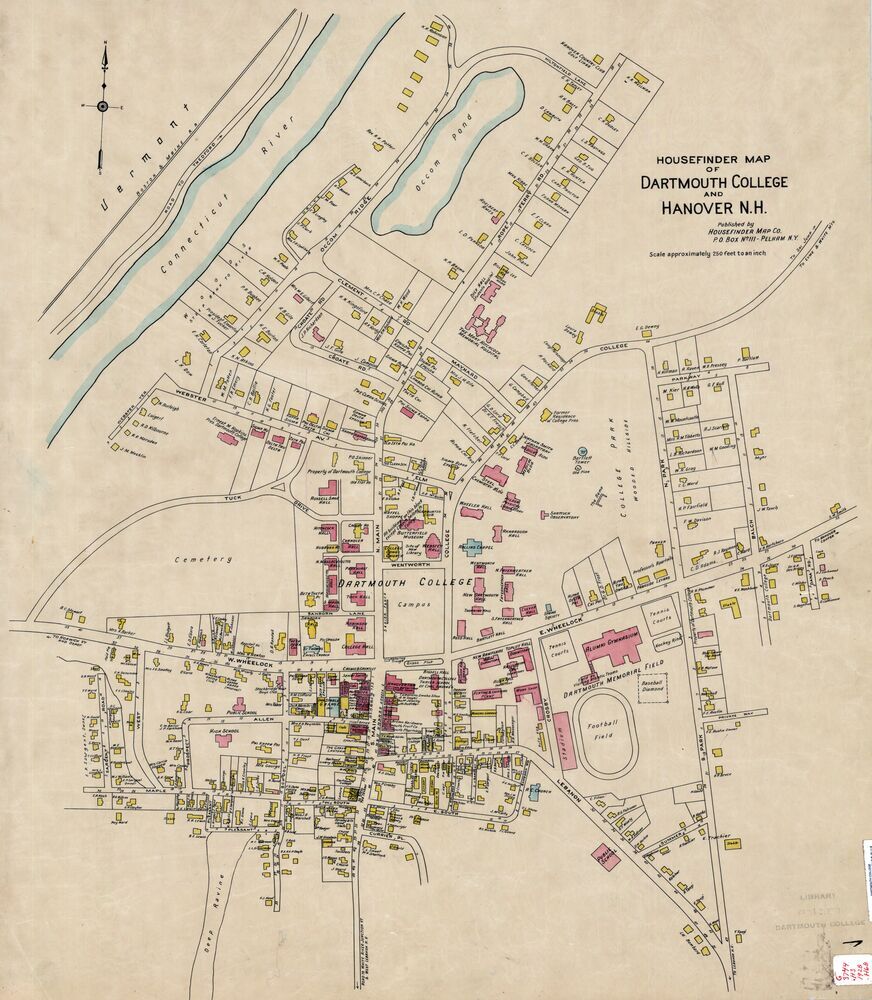 Comparing this 1928 map of the town to the 1851 map, you can see how both the town and College have grown, but particularly how the College on the Hill has crept out and now encompasses most of the northern part of the town.