Home away From Home: Life in the Dorms 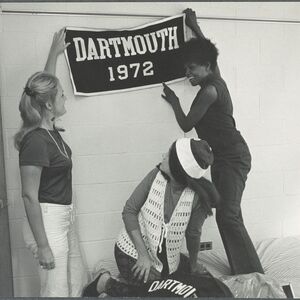 The freshman dorm—your roommate will either be the bane of your existence or become one of the closest friends you’ll ever make. If your roommate doesn’t suffice, someone else on the floor, or perhaps the whole group, will fill in. Communal living does that. Pull a bunch of eighteen-year-olds away from everything they know, and most of them will find their communities.

With the D-plan, the campus is always shifting and new alliances are constantly being forged, but in the early 20th century, students would lay claim to a room for several years running. The rooms, only marginally furnished, would take on the personalities of their occupants. They would also help to define your status on campus: nicer rooms cost considerably more, so social bifurcation was blatantly on display.

But dorm life wasn’t for everyone. In the 19th century, many people of color were excluded from the dorms and were forced to seek alternative housing. In the late 1940s, veterans returned from the war, many married, and Married Student Housing was created. And in the 1970s, rebellion caused one fraternity, Foley House, to reject both the Greek life and the dorms. It split off to become one of Dartmouth’s many affinity houses.

Previous: The Expanding Campus -- Next: Dislocation 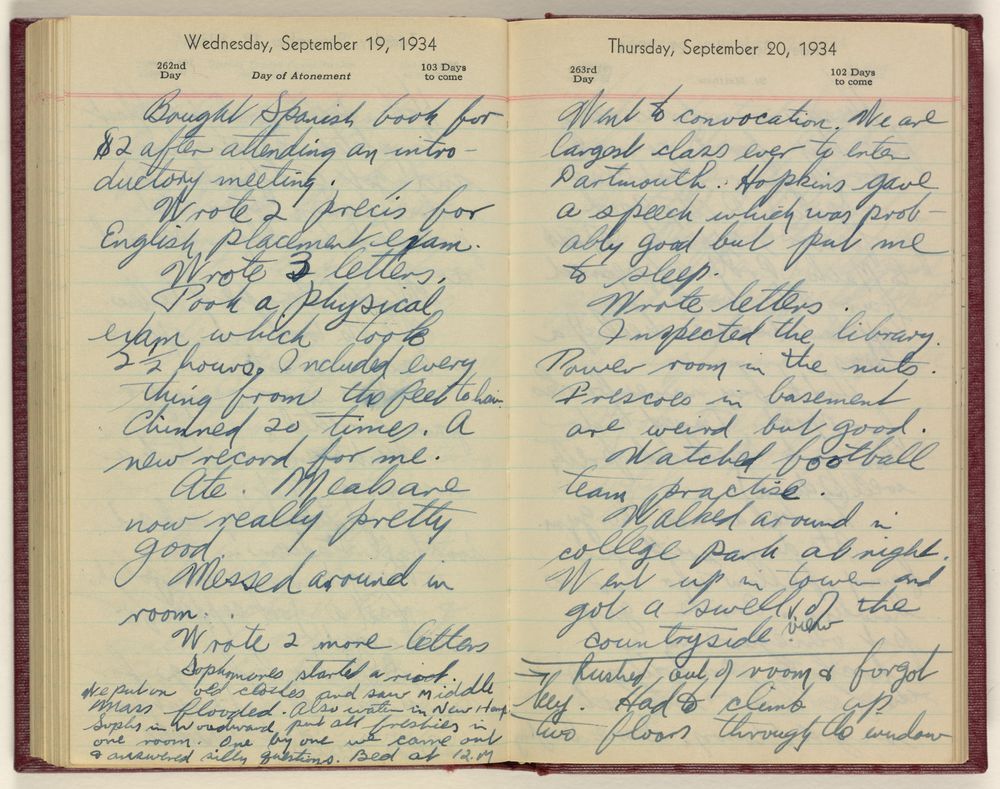 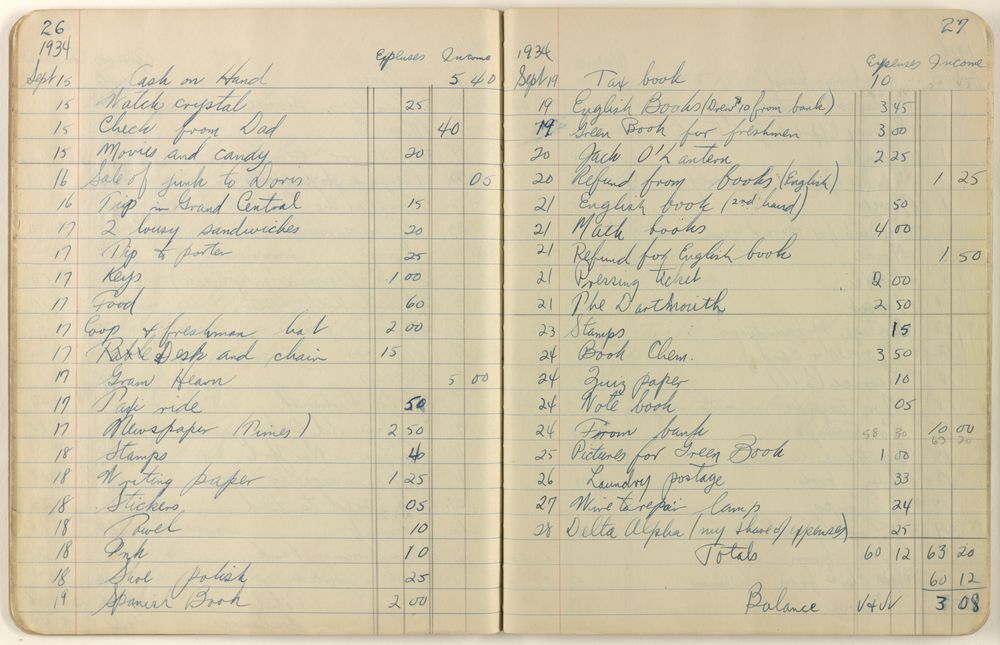 When Frederick Baker moved into his freshman dorm in 1934, he had to pay $15.00 for a desk and chair. His account of his first days at Dartmouth show an odd mix of boredom and excitement.

Perhaps to get his bearings in the first days of college, young Clifford Orr, Class of 1922, sent a hand-drawn map of campus home to his mother. 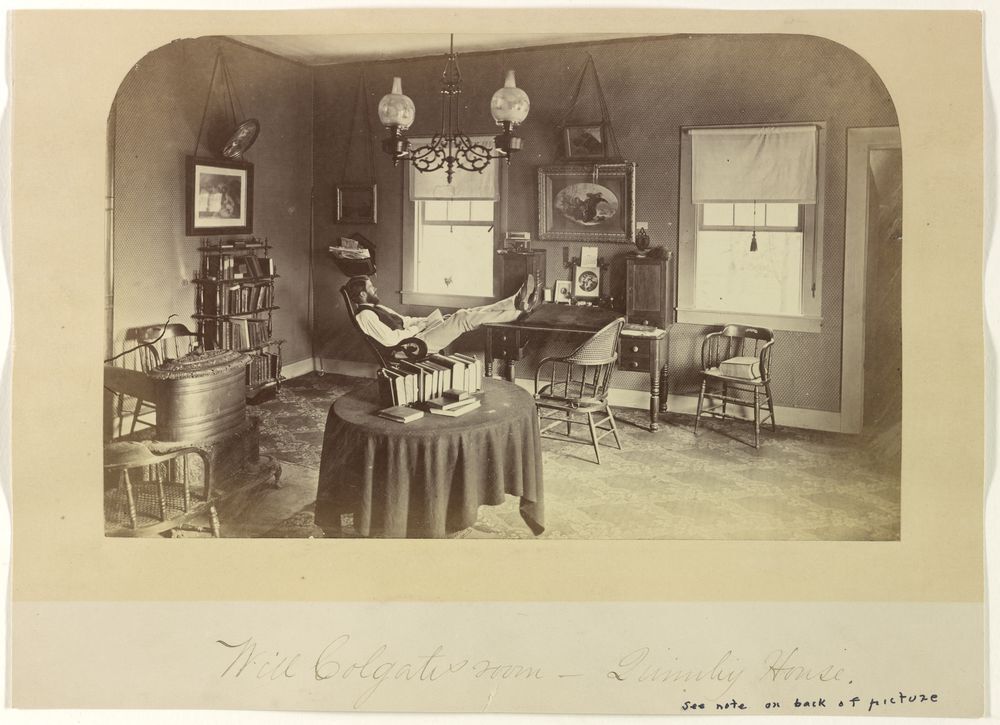 Dorm Room of Will Colgate, Class of 1870 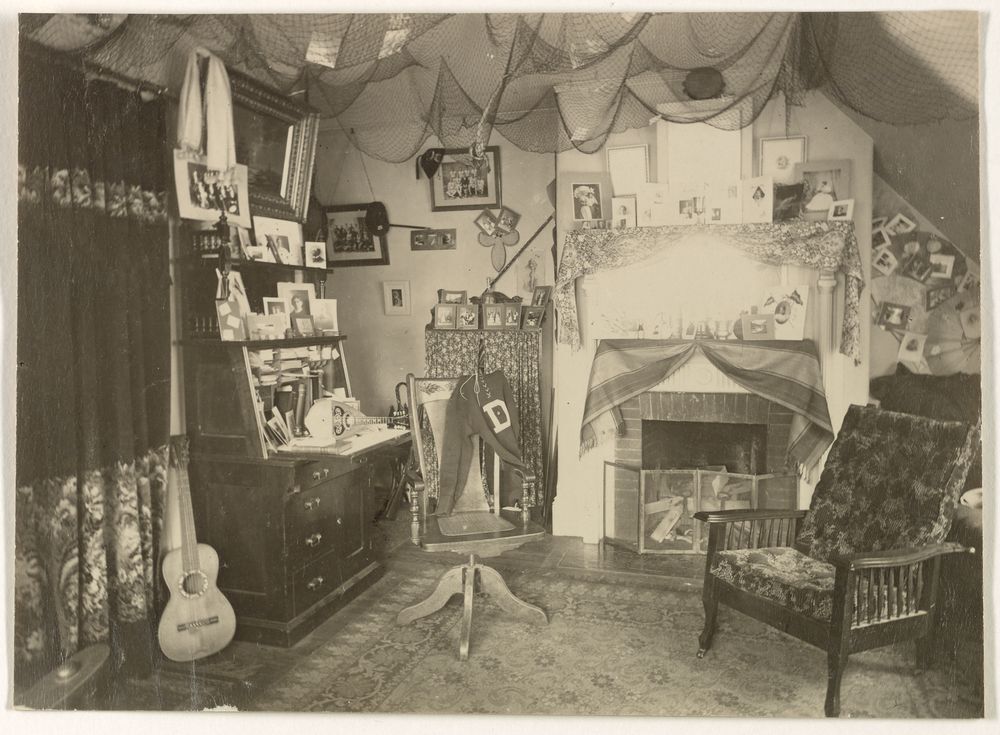 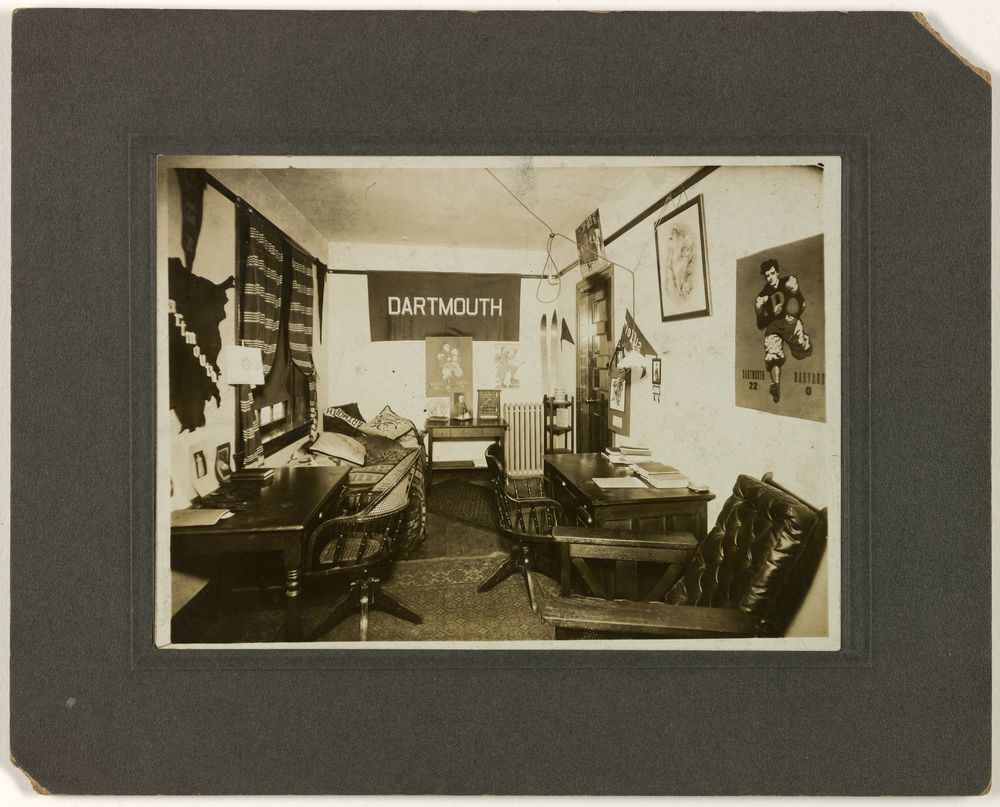 Students could customize their rooms. This room in Mass Hall was featured in House Beautiful. 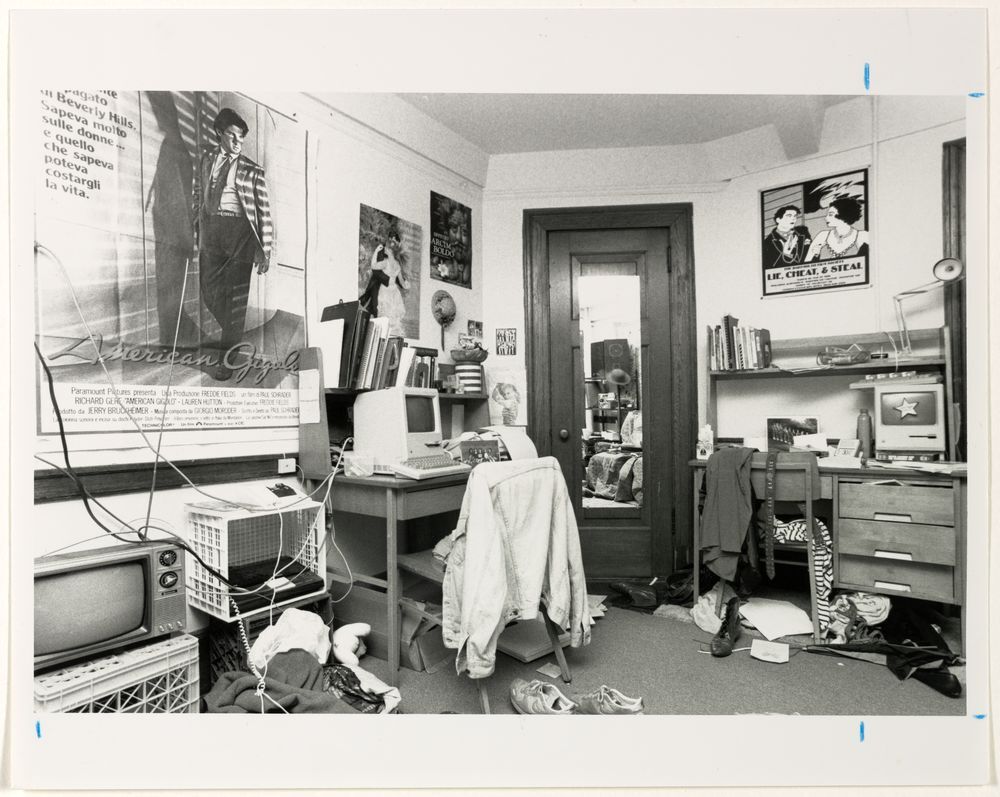 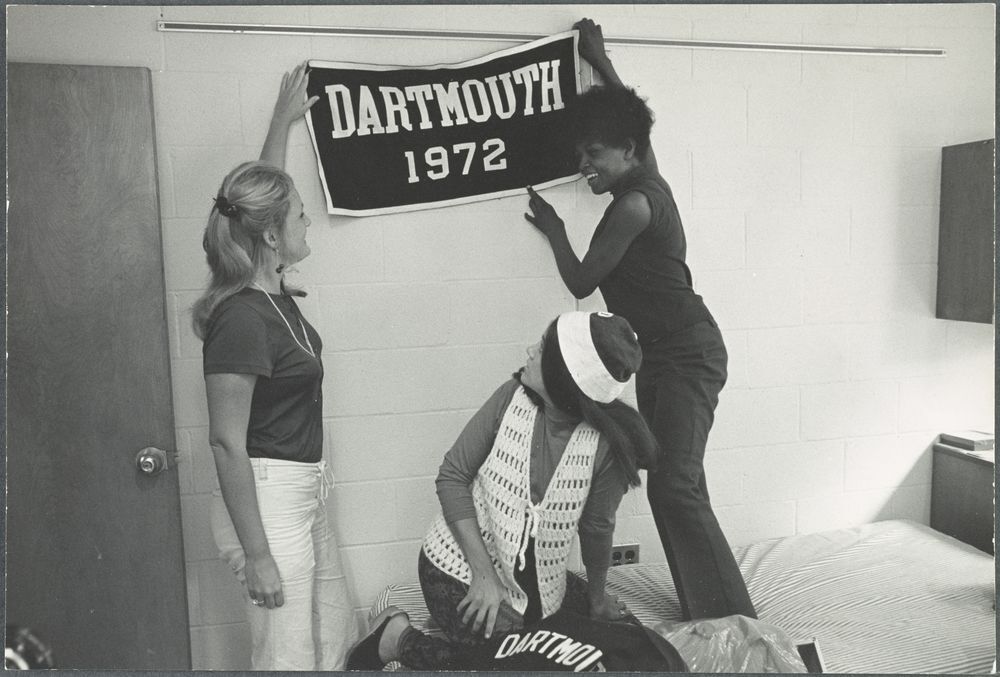 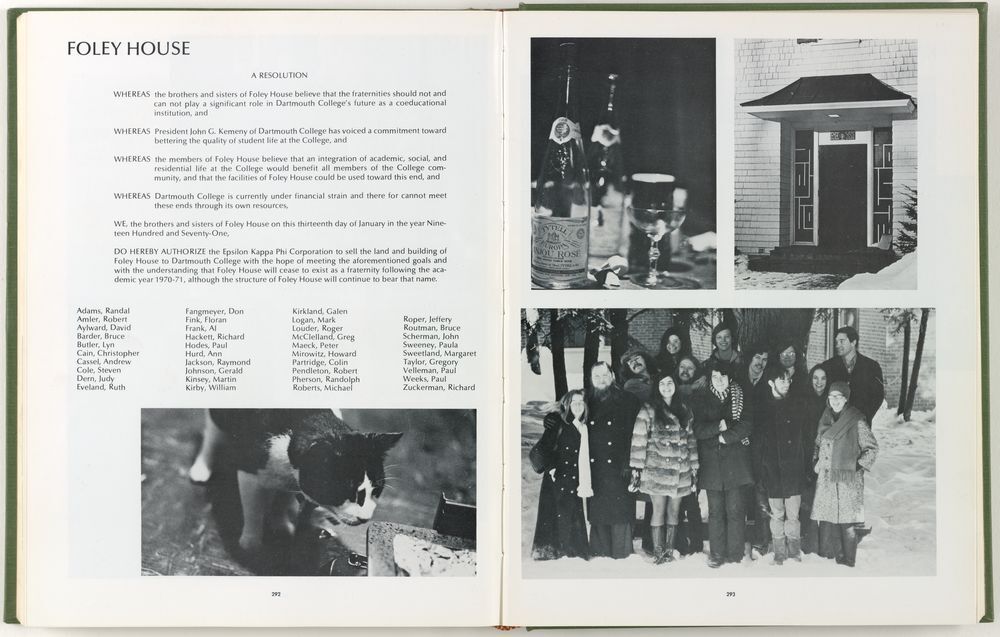 Foley house not only “sunk” women before Dartmouth went co-ed, its members also asserted their independence from what they saw as a doomed Greek system. Foley House is now part of the College’s affinity housing system. 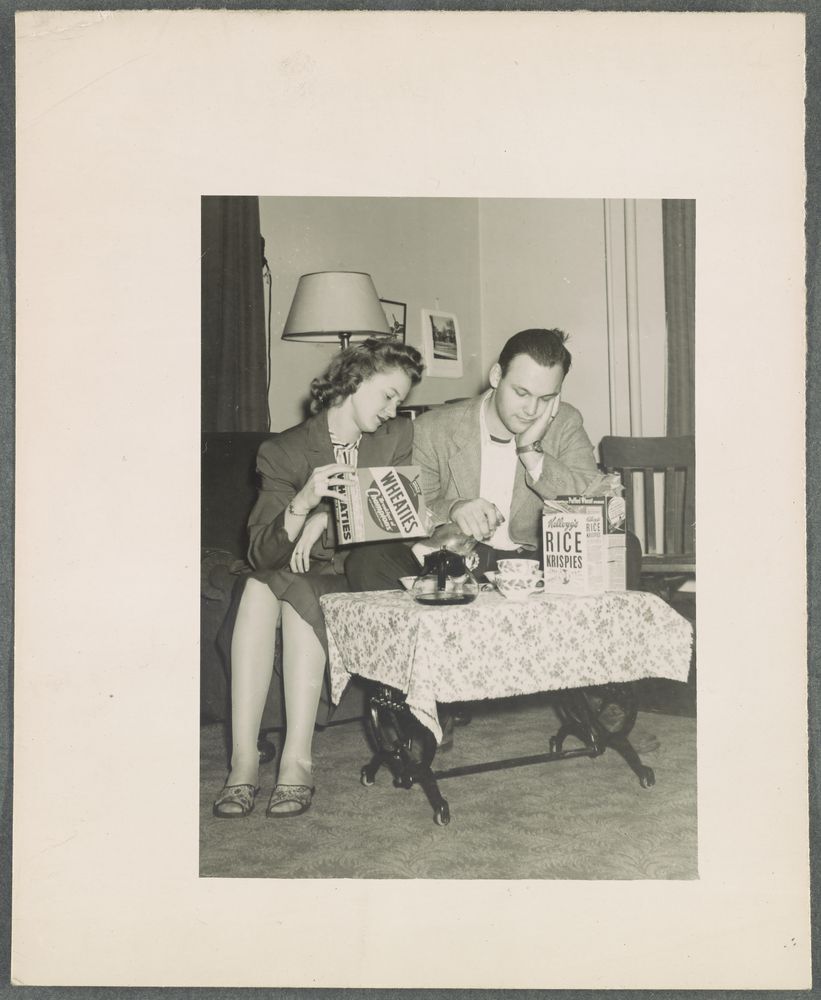 As GIs returned from World War II, the College had to scramble to create housing for married couples.