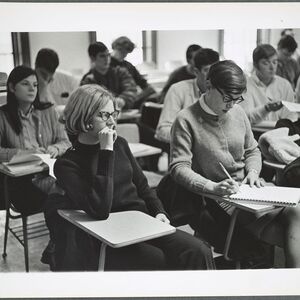 What Dartmouth strives to be—a community devoted to intellectual pursuit to create new research and the leaders to change the world—depends to some extent on its physical plant, but also on a broader sense of space. That space is amorphous, and not in any way confined to the classrooms. It is funny, when people reflect back on their college experiences, the classroom, the most basic space devoted to learning, is often pushed aside by other memories. It is the space viewed more broadly that defines the intellectual world of Dartmouth. From the classroom, to the dorm, to the disk space on a server, and the space between the covers of a book, the intellectual life of the College is dispersed across the community. 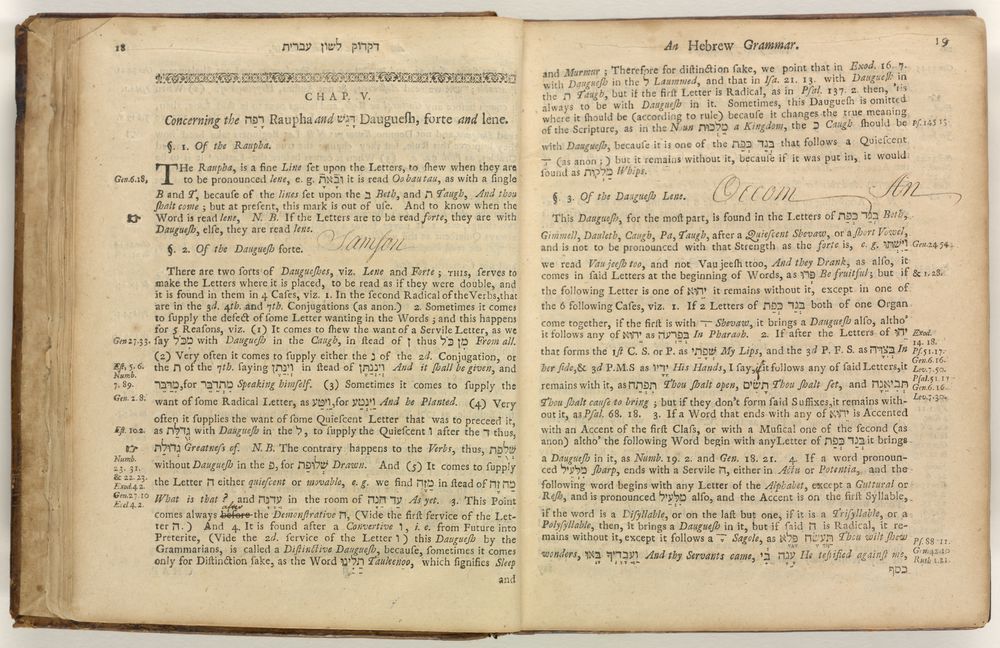 This was Samson Occom’s copy of the first Hebrew grammar printed in America. Occom lovingly inscribed his name and identity across the pages. He was Wheelock’s star pupil and de facto co-founder of Dartmouth College. 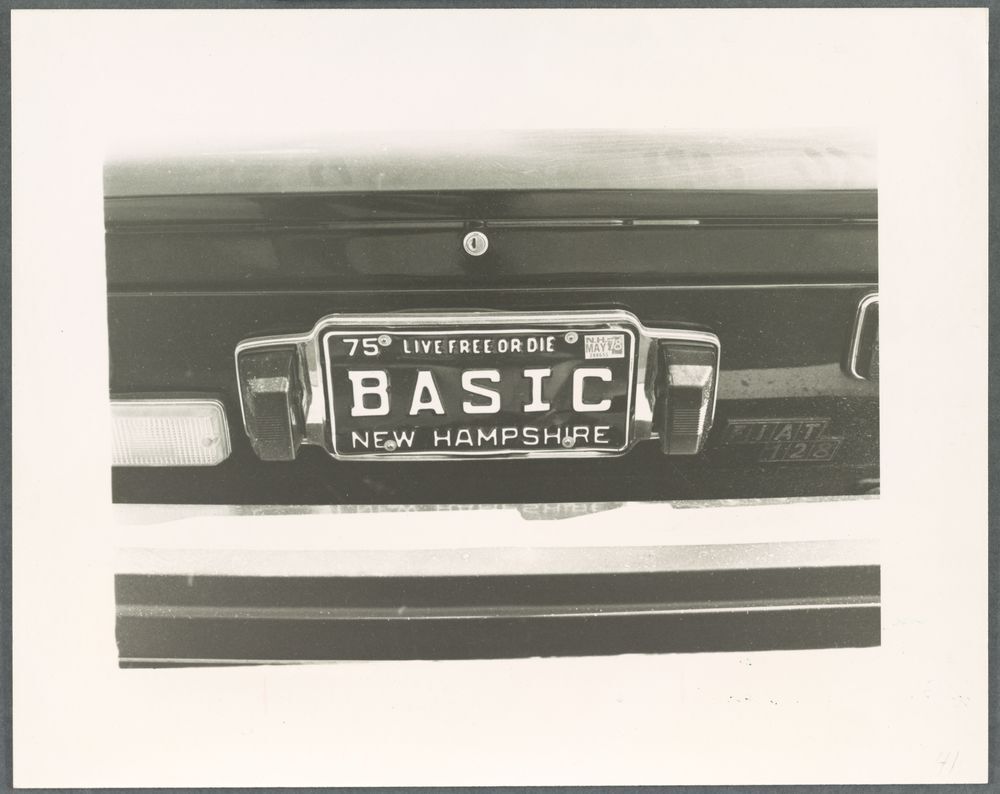 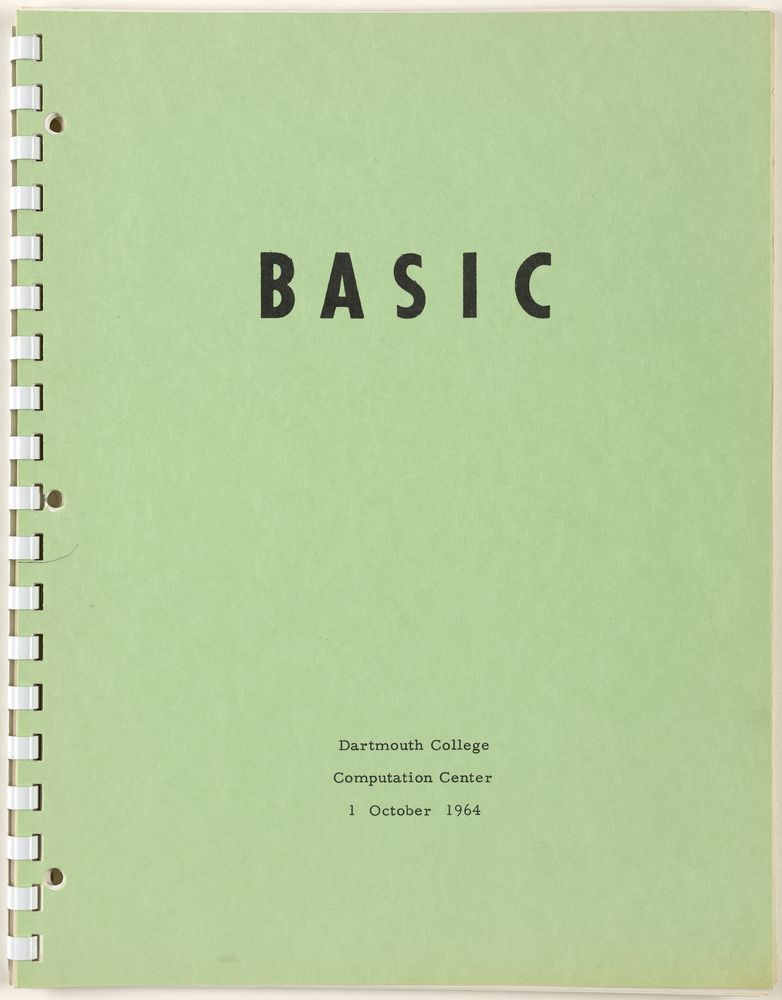 BASIC: A Manuel for BASIC, the Elementary Algebraic Language Designed for use with the Dartmouth Time Sharing System 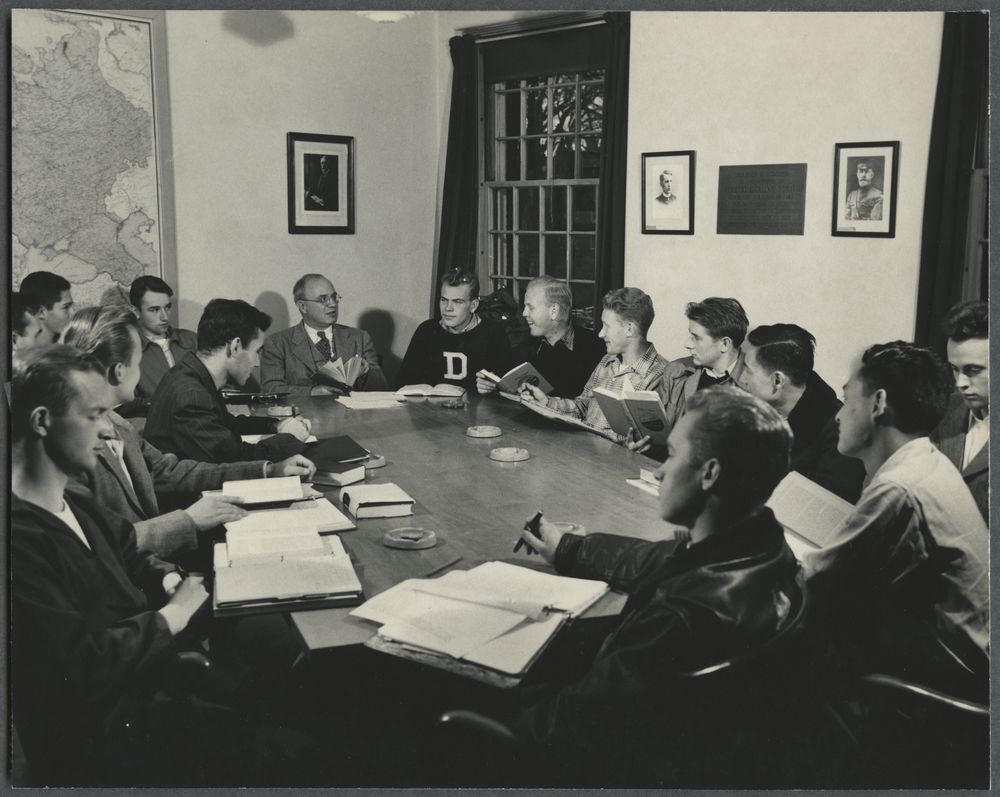 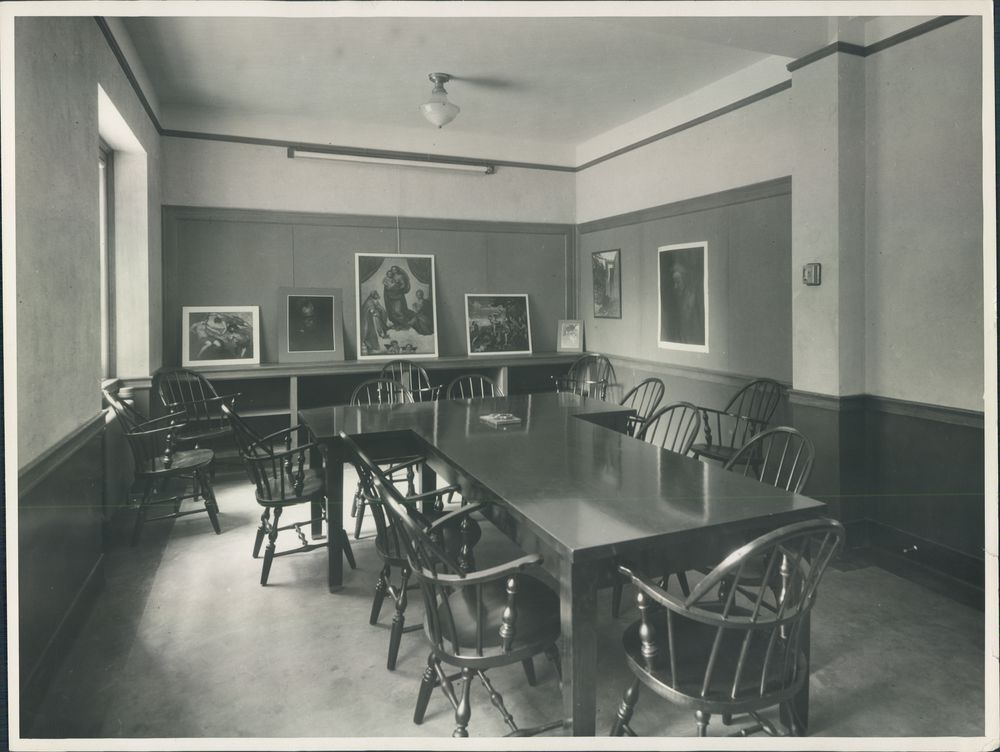 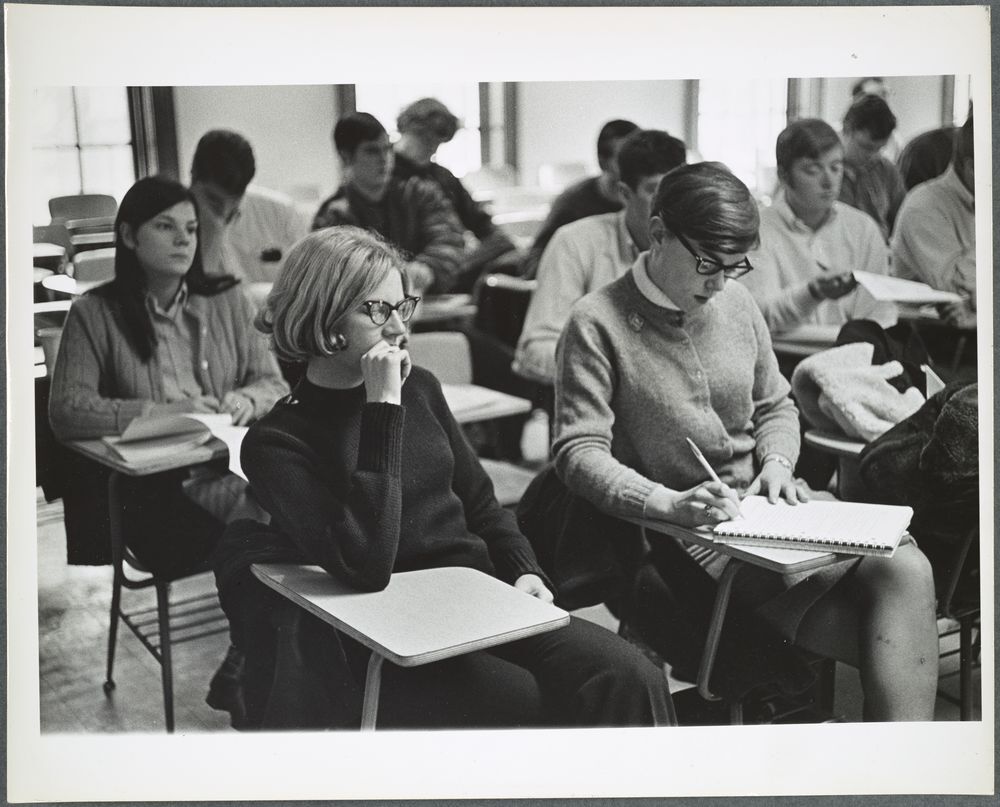 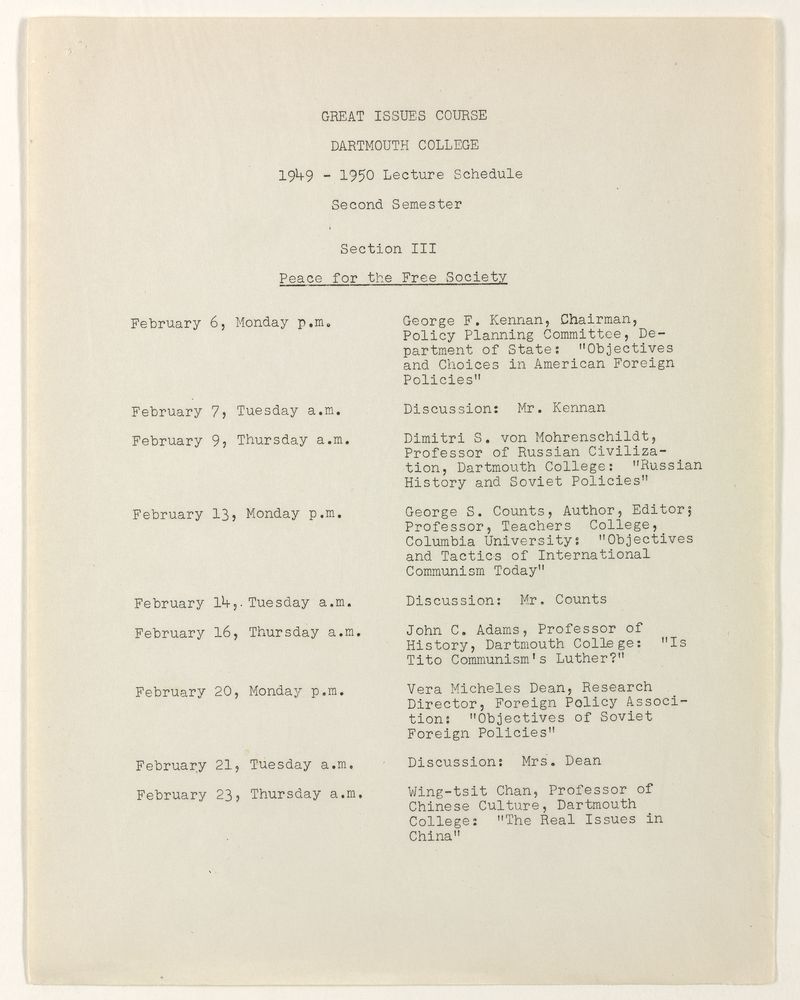 Kicking off the second semester of the 1949-1950 Great Issues course was George F. Kennan of the State Department. Just two years earlier, Kennan had written the notorious “X Article” that laid out the U.S. Cold War strategy of containment. 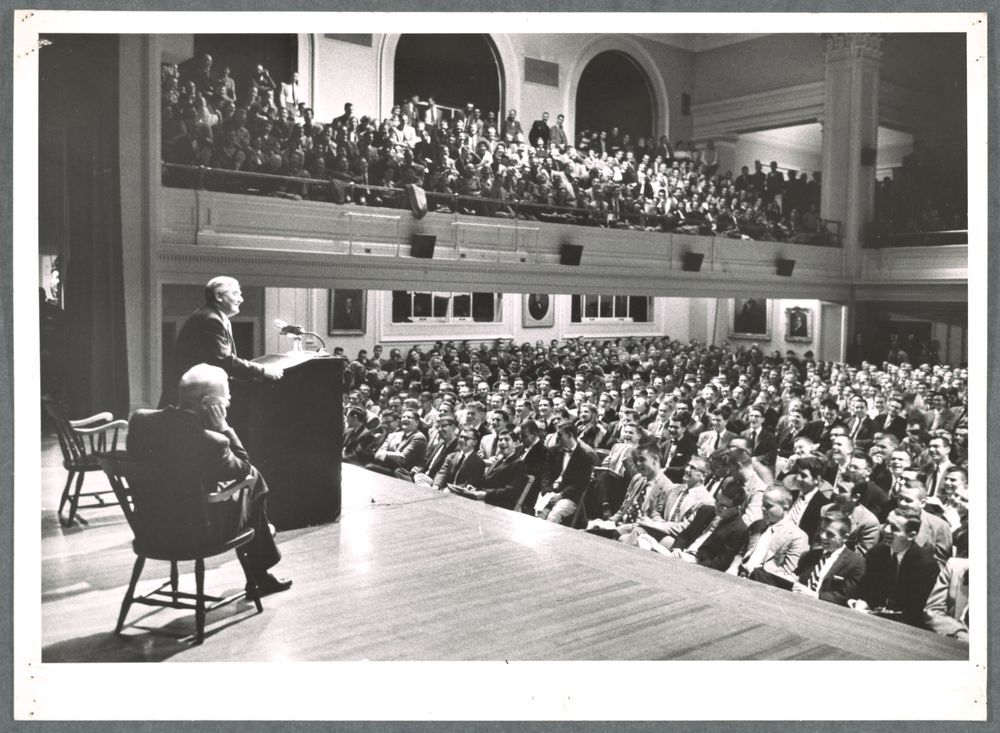 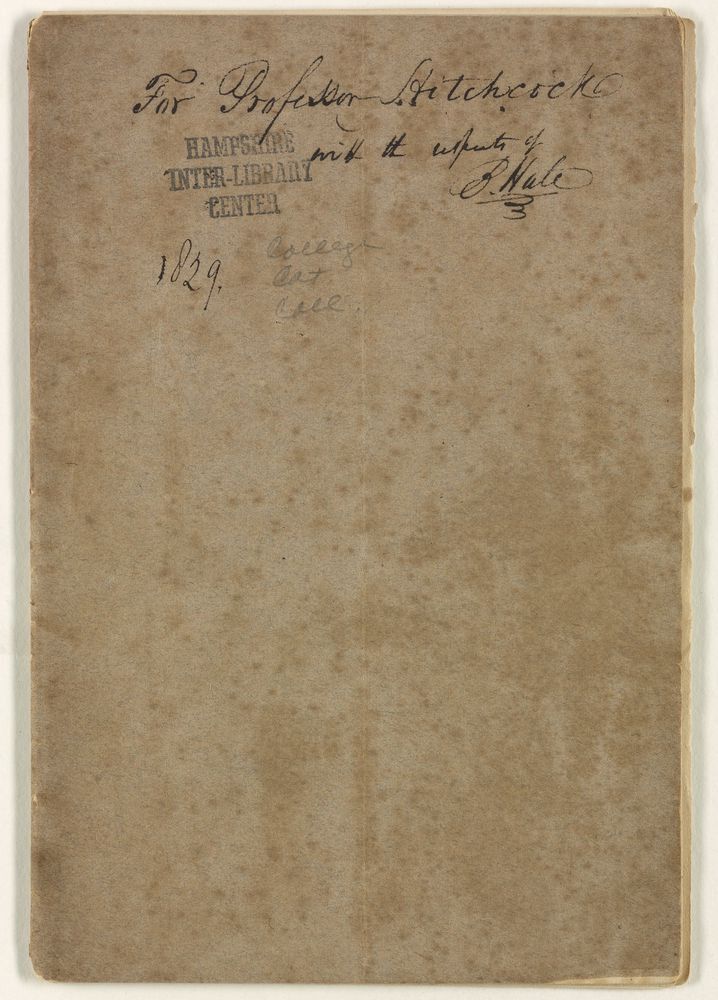 In 1829, every student would have moved through the same set course of study. No modern languages, and no modern literature. 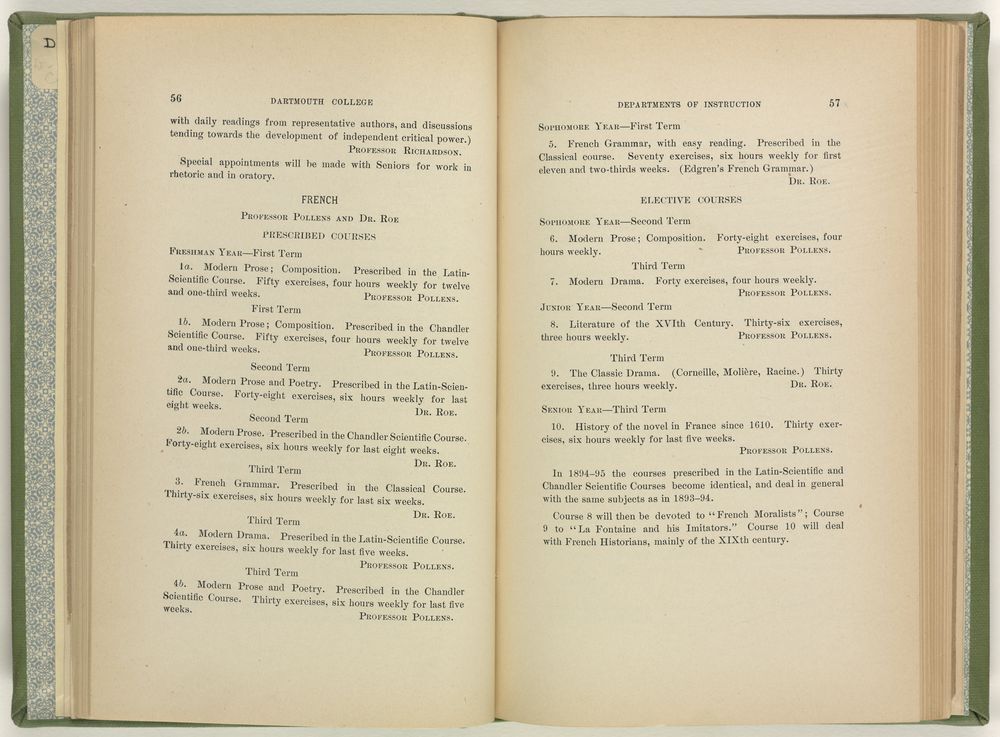 By 1893, the Dartmouth curriculum had shifted to emulate the German university system. Specialized fields of study, electives, and even modern literature arrived in Hanover.