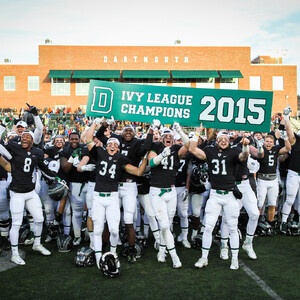 For decades, the College’s sports teams were often referred to unofficially as “the Indians.” In 1971, a group of Native Americans at Dartmouth released a statement declaring that “various traditions and symbols used by the Dartmouth Community are based upon insensitivity to the culture of Native American Peoples.” They requested that the College stop using all variants of the Indian symbol and provided a list of recommendations for ways in which the College might better support Native American students. The College subsequently removed the Indian symbol from athletic uniforms and equipment and discouraged its use.

Today’s more inclusive team identity is “The Big Green,” named for the College’s athletic uniforms on which green has been a primary color since the nineteenth century. Generations of students have competed as athletes on Dartmouth teams and cheered them on. Over 75% of undergraduates are involved in sports – including varsity, club, and intramural – and outdoor exploration is a major part of the student experience. Students represent Dartmouth at national championships and Olympic Games; maintain the Appalachian Trail and the Second College Grant; and participate in first-year trips and Winter Carnival. 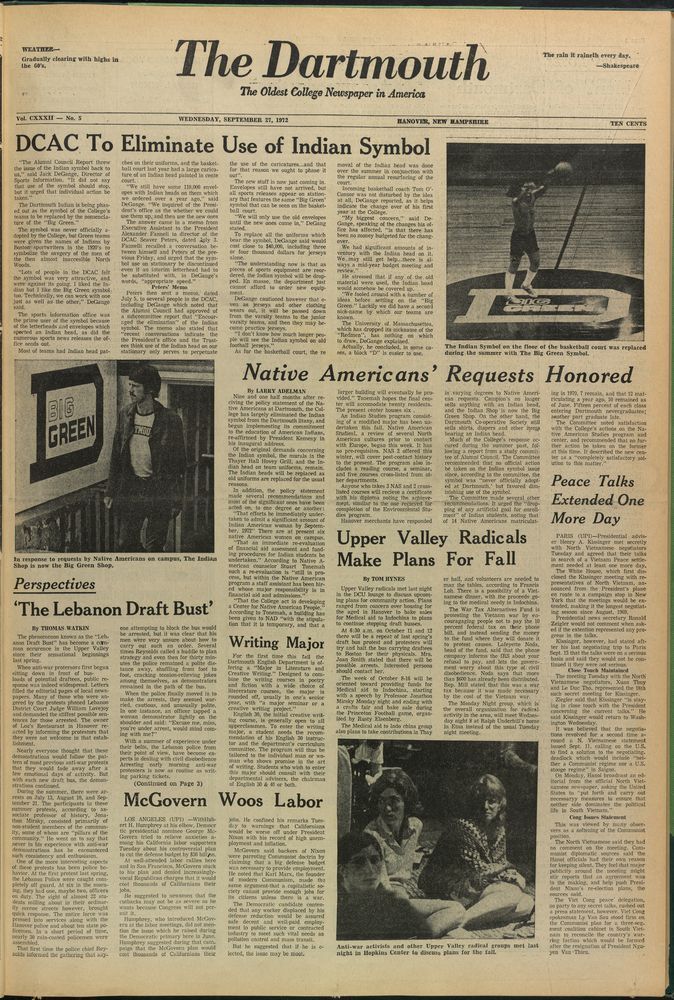 DCAC To Eliminate Use of Indian Symbol 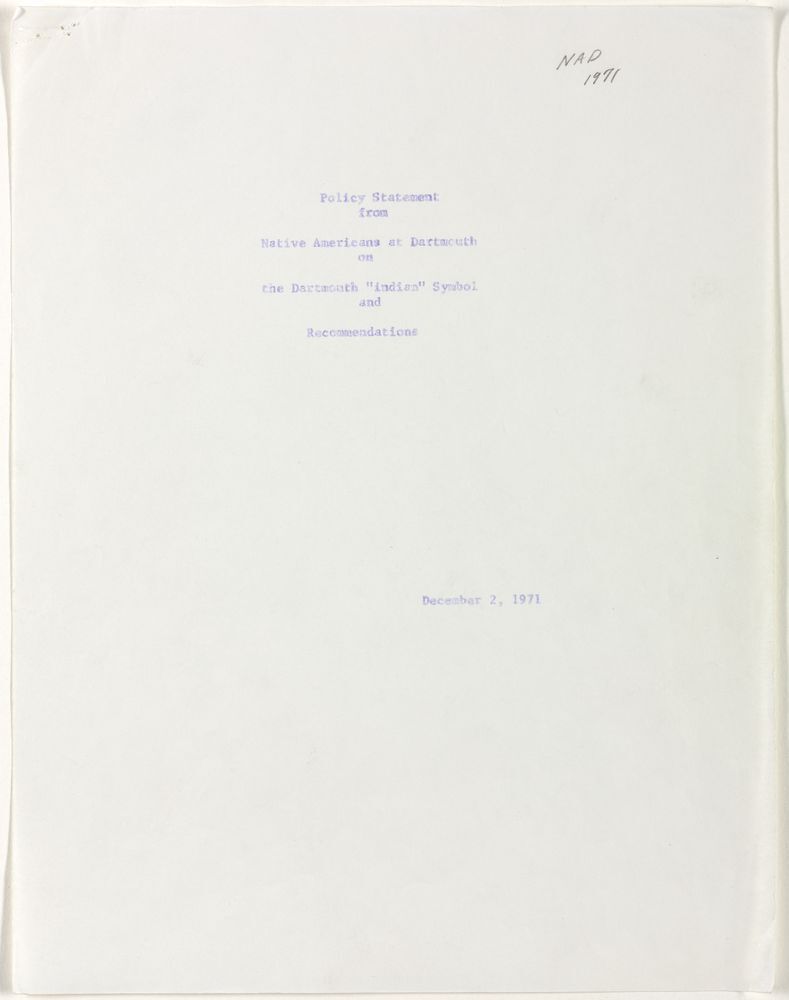 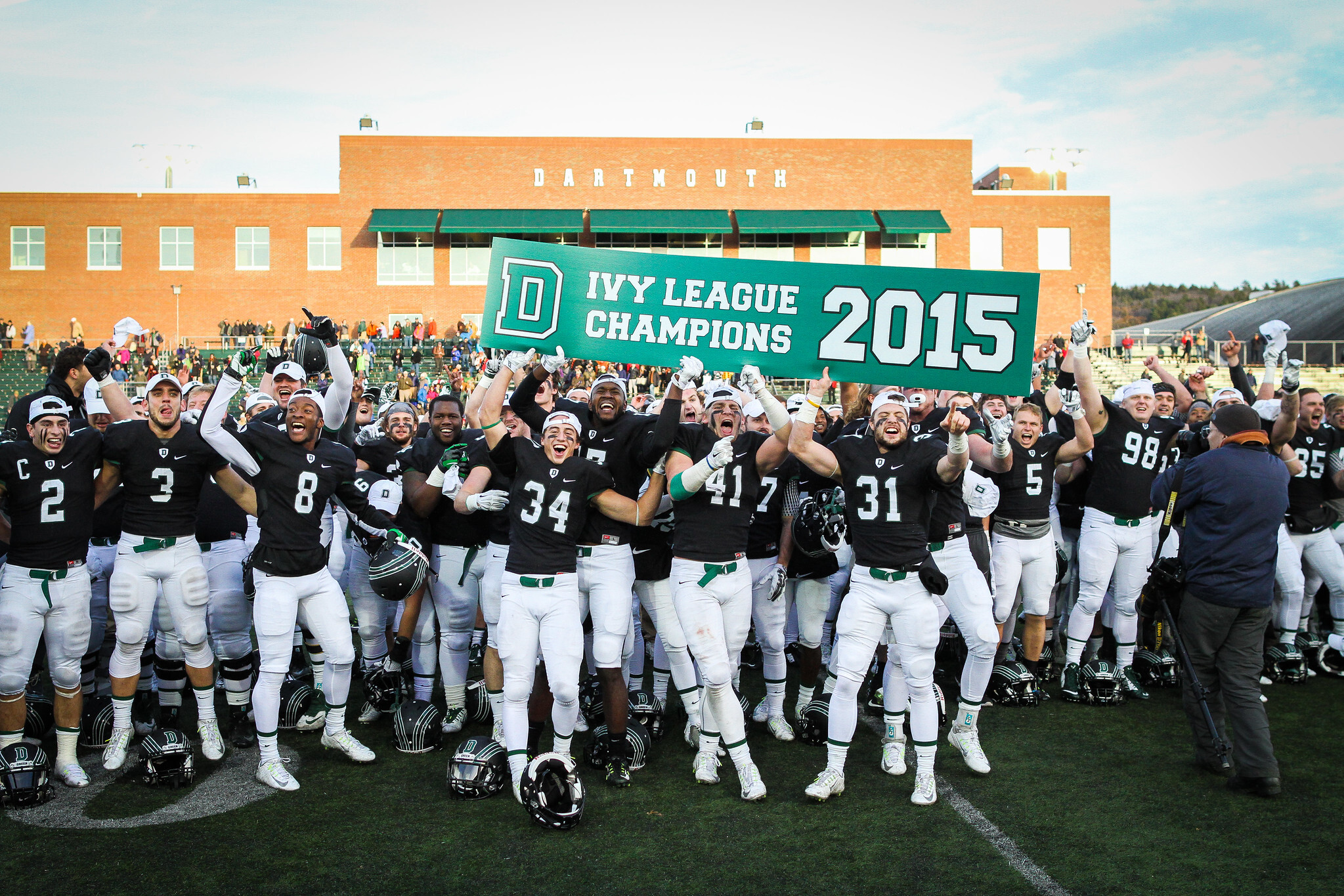 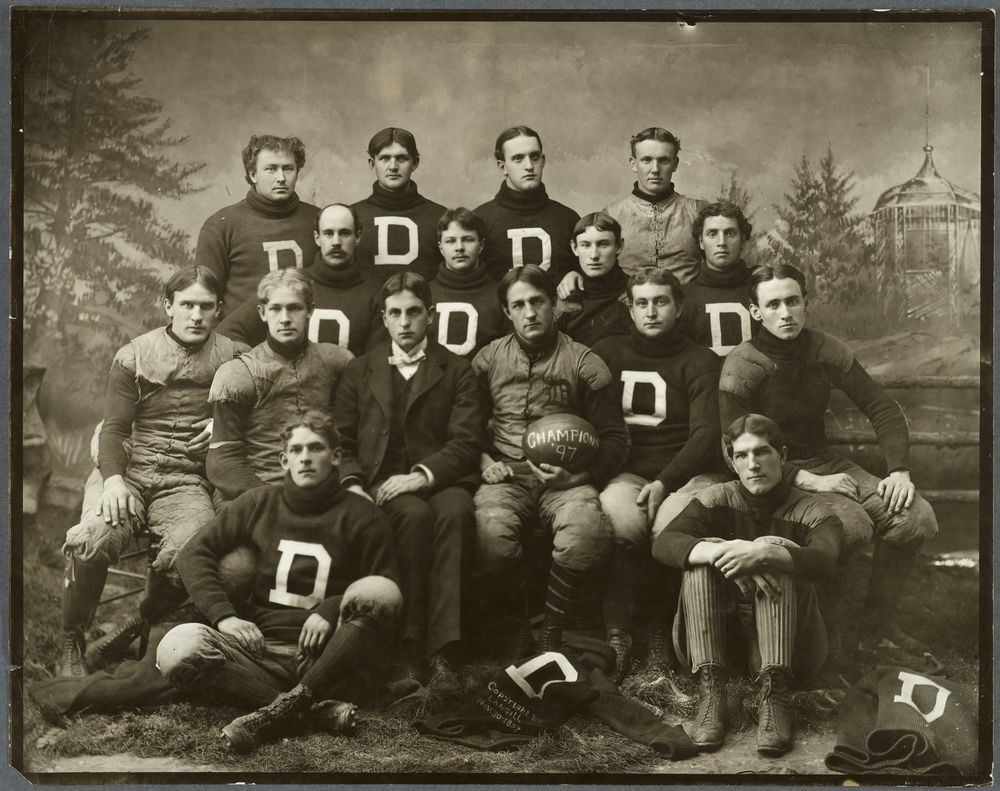 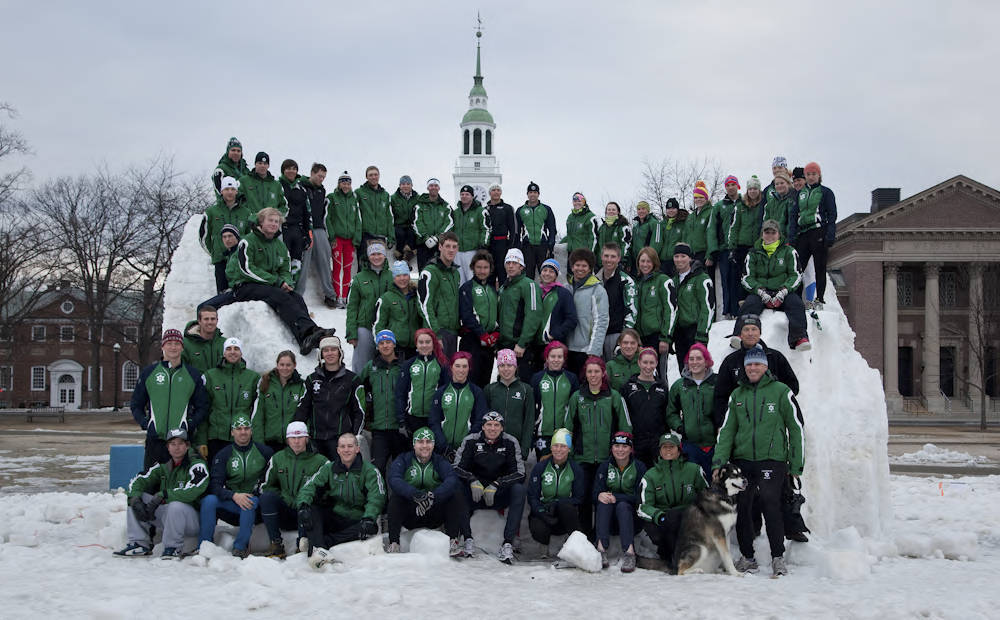 The Dartmouth men's and women's ski teams, on the Winter Carnival sculpture 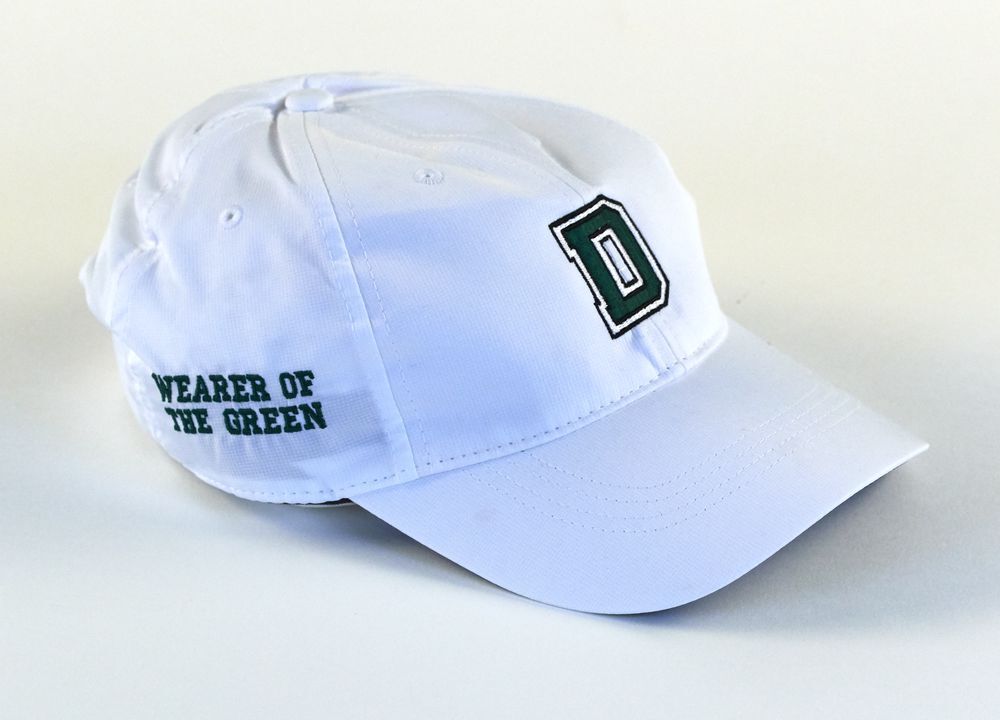 Wearers of the Green cap

The Wearers of the Green program honors alumni who have achieved athletic excellence in their sport. 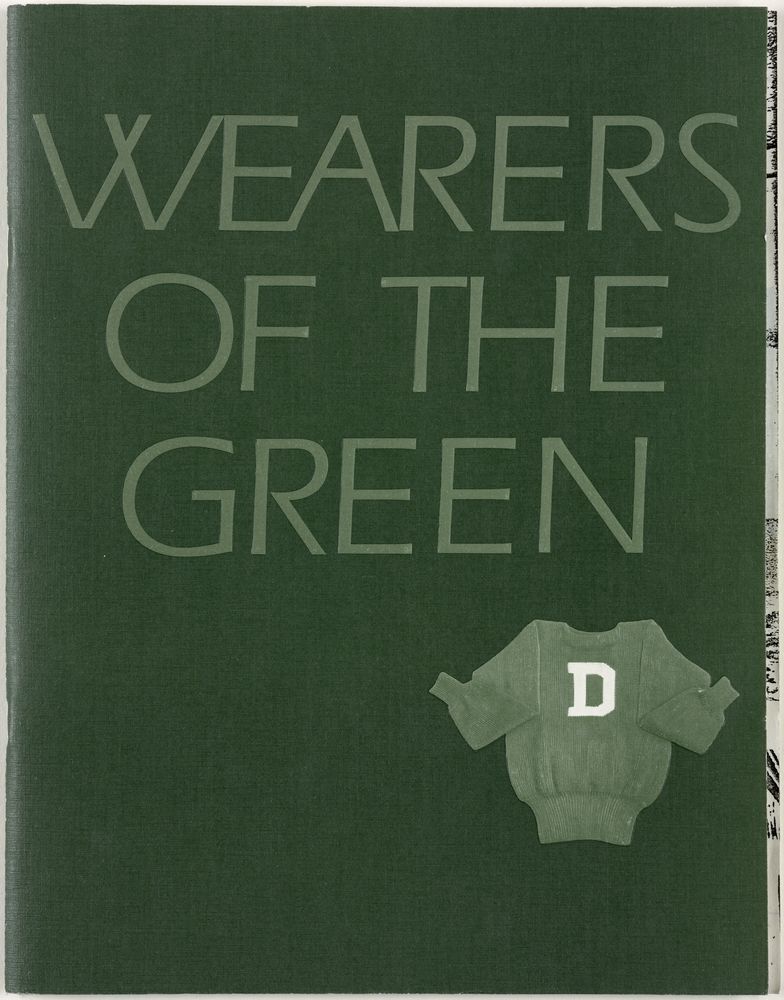 Wearers of the Green souvenir program 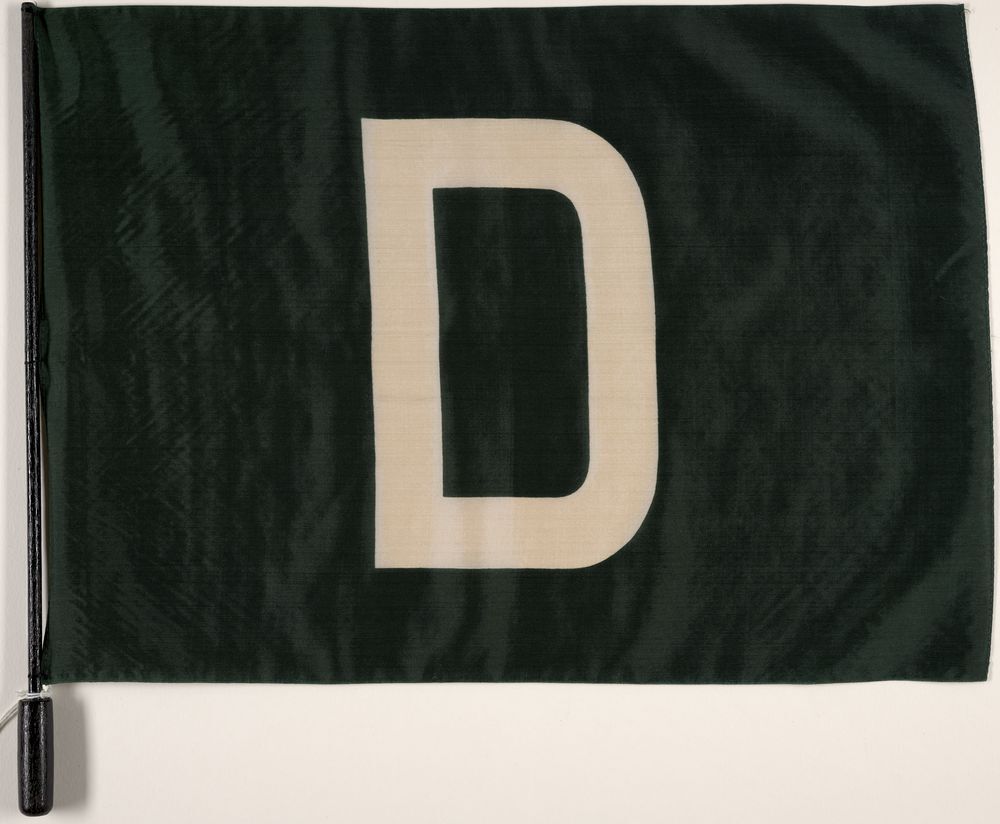 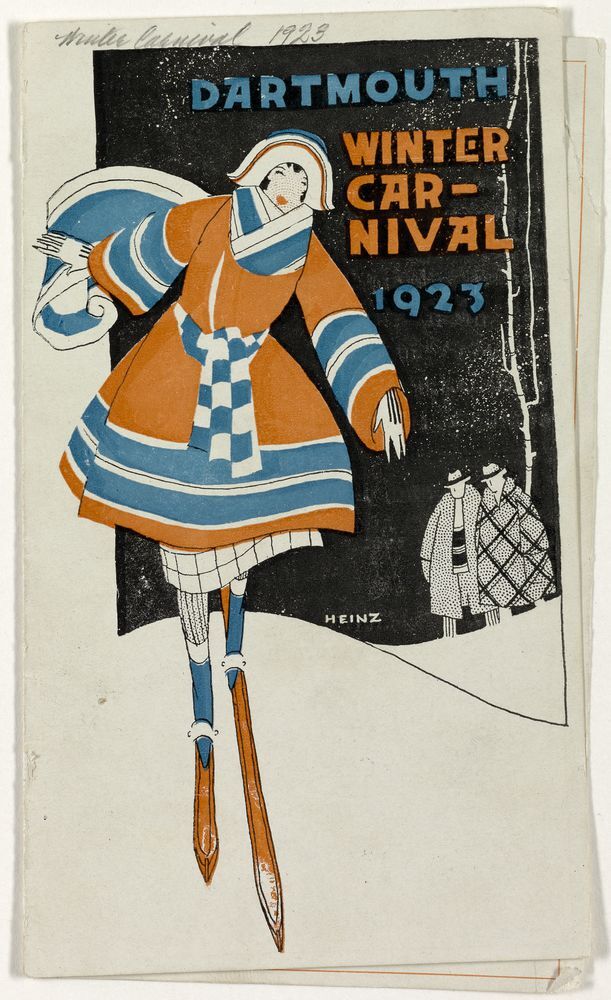 This 1923 program includes some condescending instructions “for the carnival girl.”

Memorial Field at Dartmouth College, No. 455

Individual contributions – such as this guarantee of $15 by James Norman Kittle ’24 – enabled the College to erect Memorial Field in 1923 in memory of the Dartmouth students and alumni who died serving in World War I.