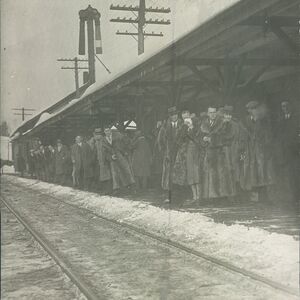 Dartmouth has always been a destination—think of the high school students preparing their applications and dreaming of an acceptance letter. But, in the days before Dartmouth went co-ed, the big “date weekends” were also a major draw. House parties, homecoming, Green Key, and, of course, Winter Carnival (aka, “the Mardi Gras of the North”) would see special trains and buses full of women arriving from Smith, Vassar, Skidmore, Wellesley, and Mount Holyoke.

The natural beauty surrounding Dartmouth draws thousands of tourists each year, including one Doris Benz who was so smitten with the location she left the Dartmouth College Library an enormous endowment to support its rare book and manuscript collecting.

The same remoteness that attracted some, turned off or straight-up excluded others. A student at Wellesley complained of the complete lack of anything interesting in Hanover and advised her fellow students not to worry if it rained when they visited because, “there is nothing to go outside for.” Admissions policies have always been the biggest determinant for inclusion in the community: quota systems, single-sex, and with an almost complete lack of commitment to inclusivity prior to 1972, the student body, and Hanover itself, was shockingly homogenous for much of Dartmouth’s 250-year history.

Previous: Dislocation -- Next: Outdoors as Classroom 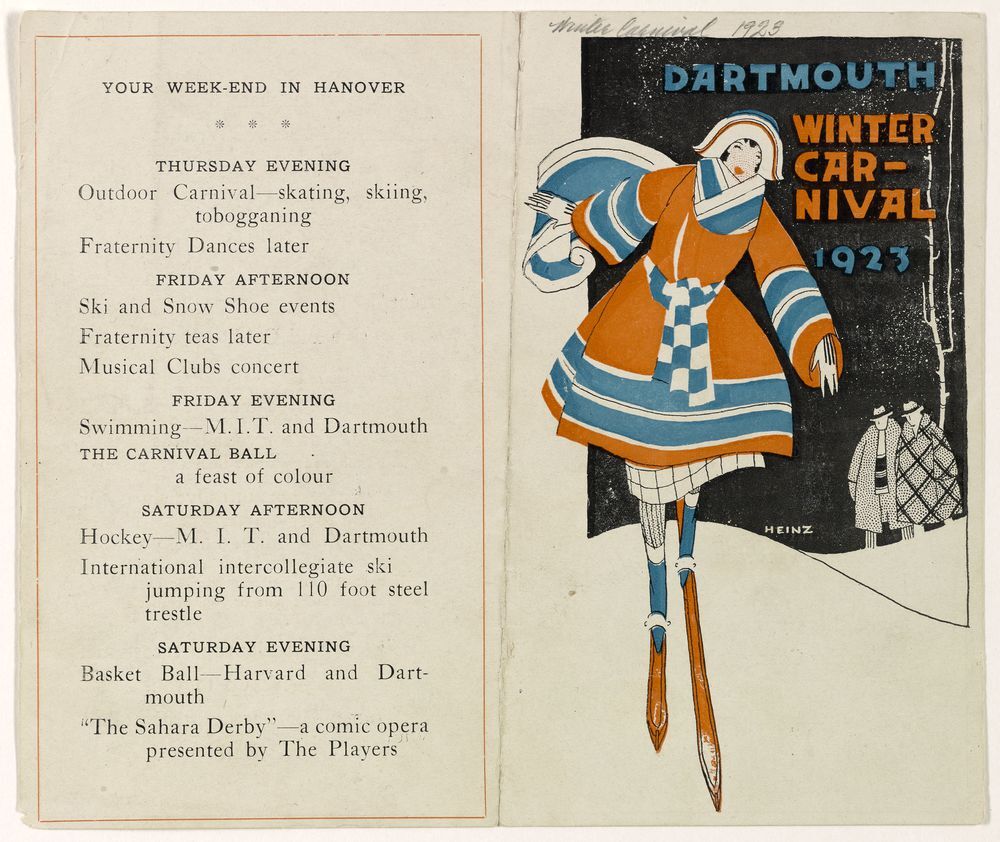 This flyer sent out to campus visitors has advice on dressing “For the Carnival Girl.” 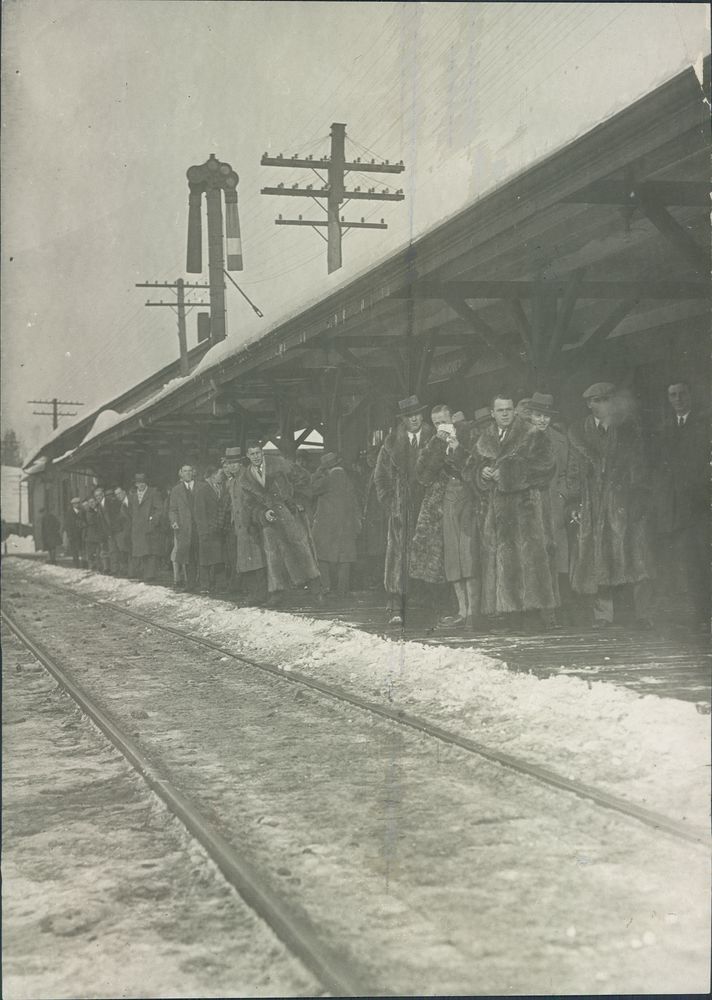 Awaiting the Train, Winter Carnival, circa 1920 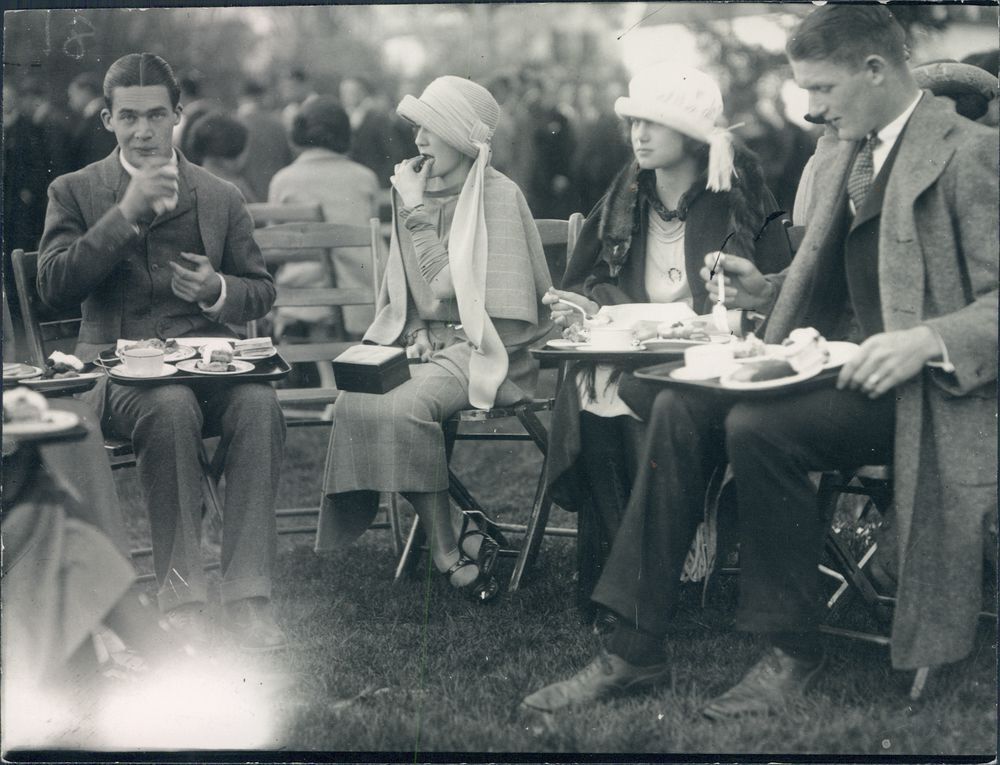 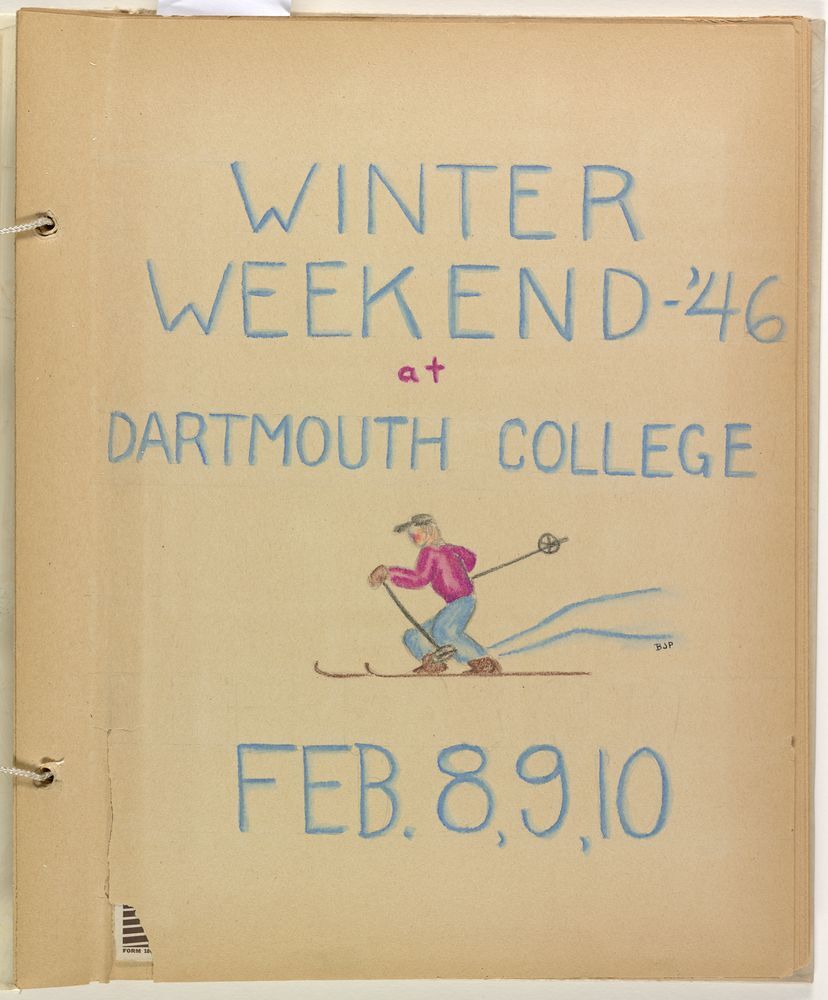 Scrapbook of 1946 visit to Winter Carnival

A rare bit of documentation showing a woman’s perspective on Winter Carnival, this scrapbook was lovingly assembled by Cornell student, Barbara Patric. Later that year she married her Winter Carnival date! 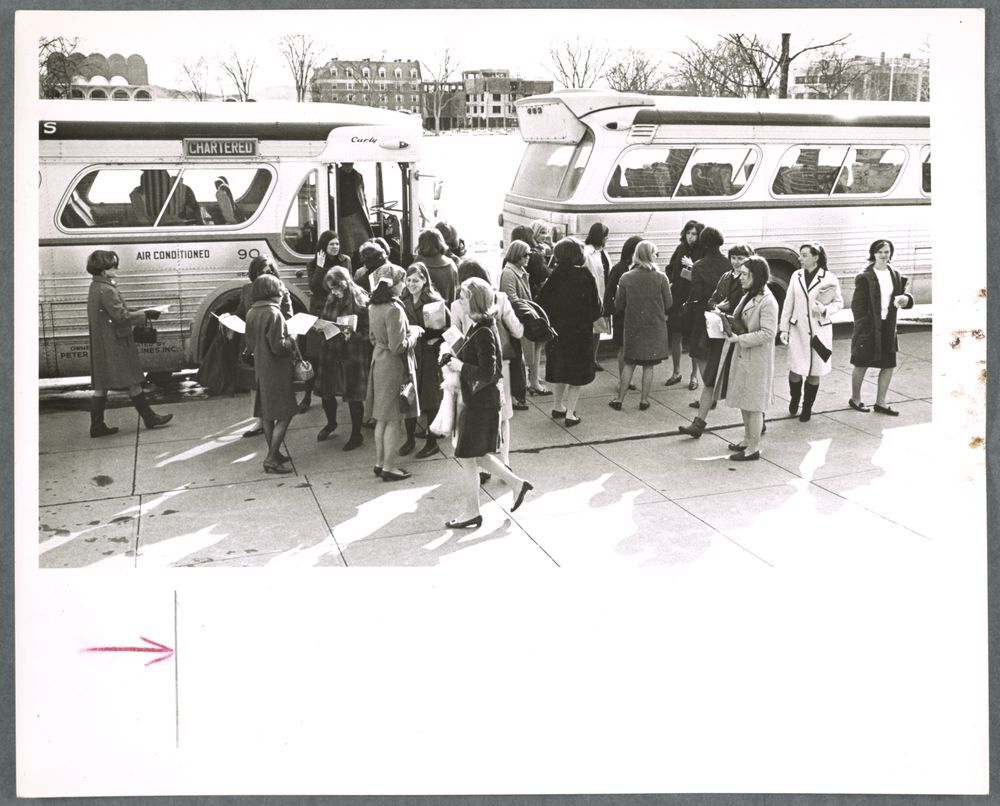 Students arriving for "The Great Day 1967"

In 1967, the freshman class organized a day of book discussions with students from nearby women’s colleges.  The point was to socialize with members of the opposite sex, but in an environment where intellectual engagement superseded the usual partying of the big date weekends like Winter Carnival or Green Key. This class would be the last to graduate before Dartmouth went co-ed in 1972. 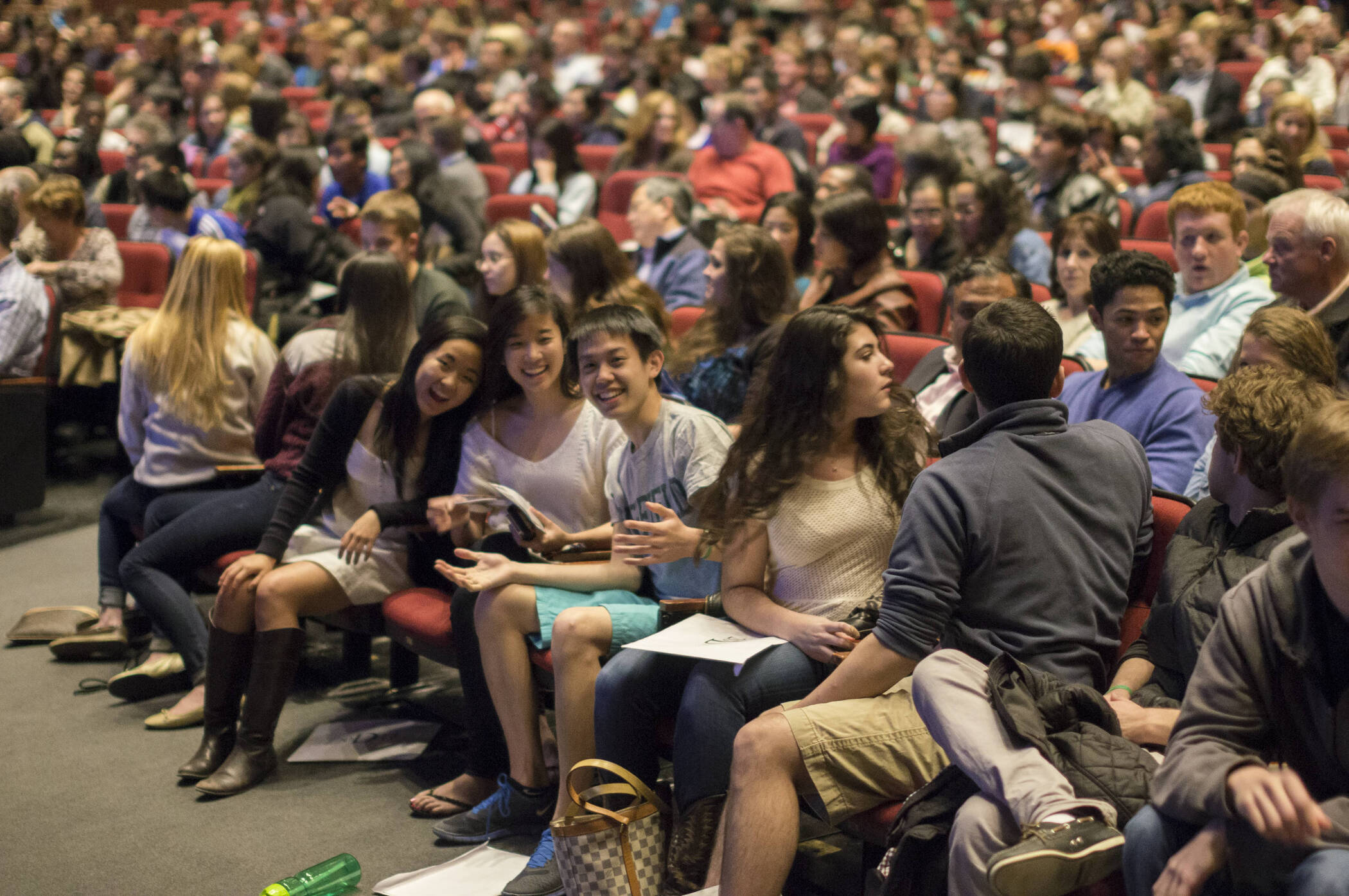 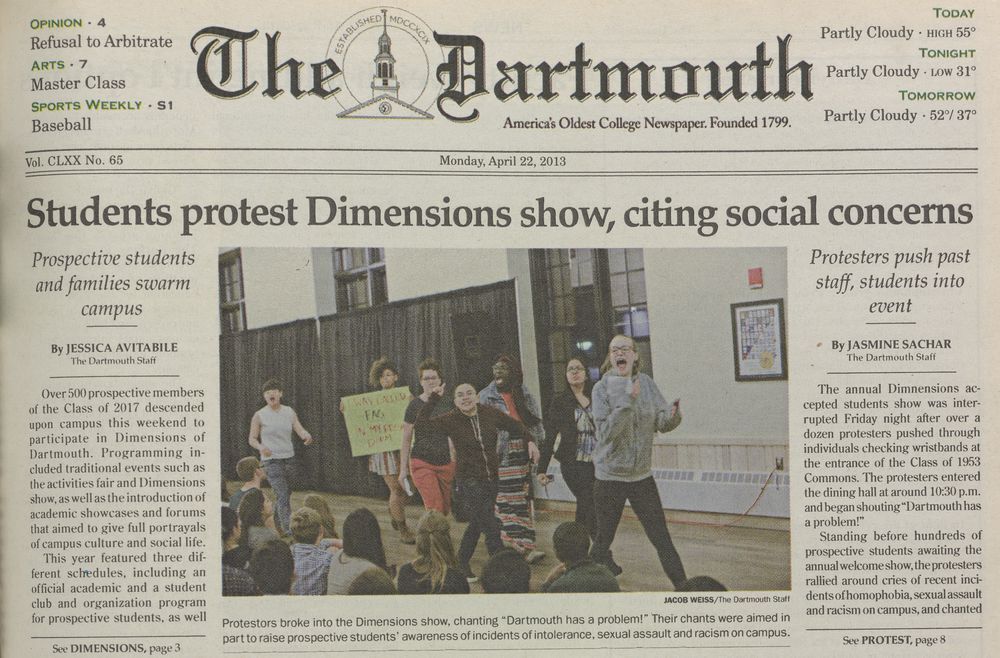 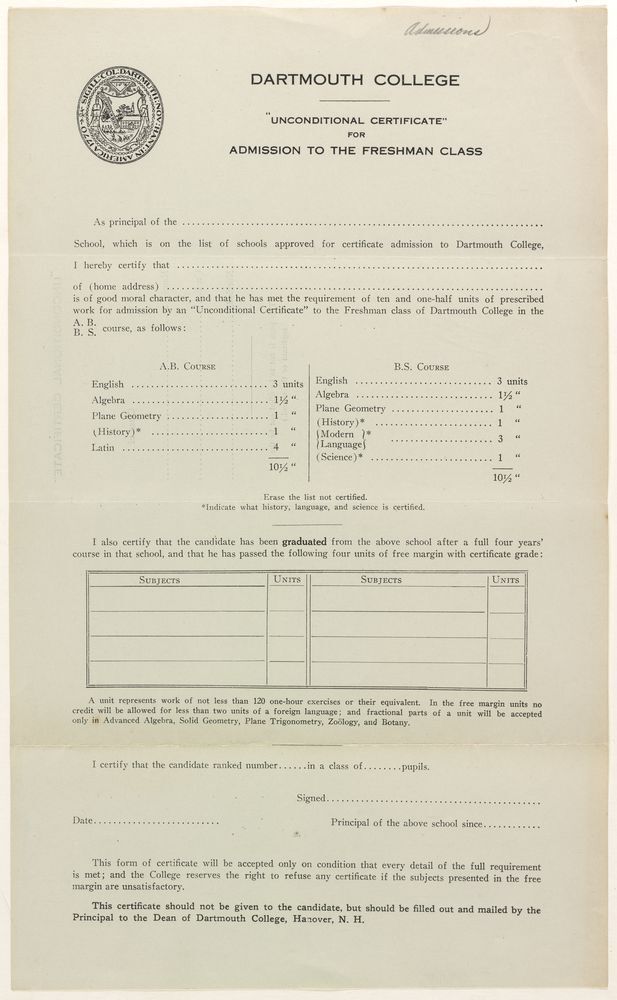 "Unconditional Certificate" for the Admission to the Freshman Class

There was a time when all you had to do to get into Dartmouth was go to the right prep school. The principal could then sign a simple form vouching for you, and you were in! 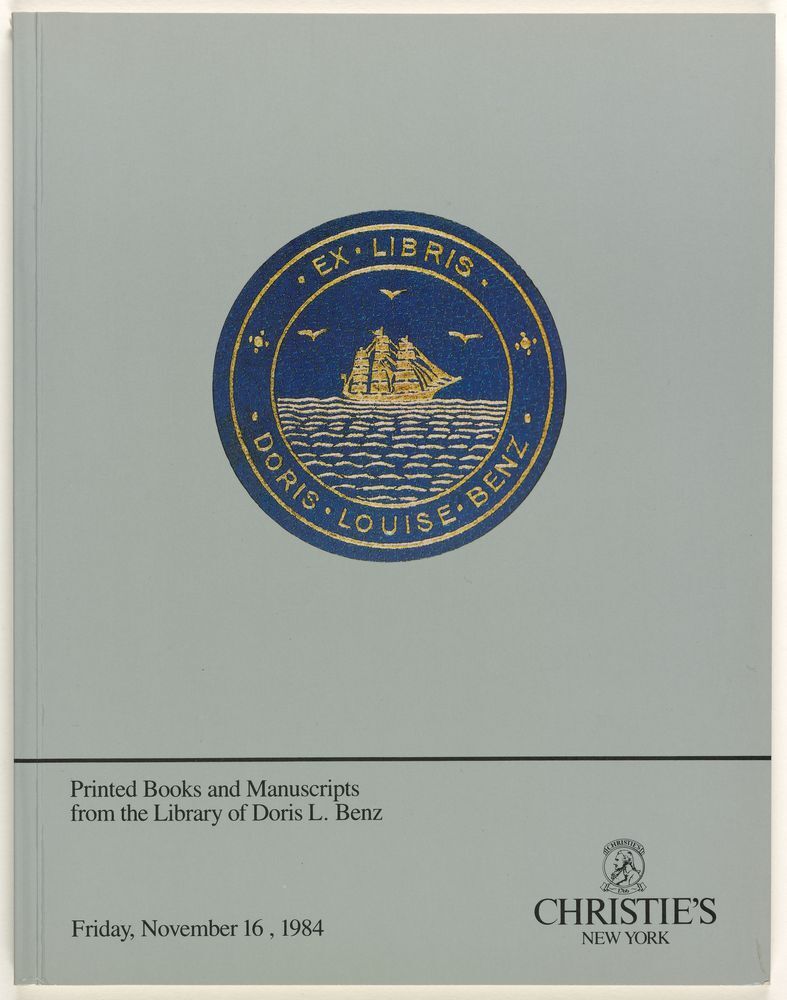 Printed Books and Manuscripts from the Library of Doris Benz

Doris Benz was a wealthy book collector from the Boston area who vacationed near Dartmouth. Much to the surprise of everyone at Dartmouth, her will directed her estate to auction her book collection with all proceeds going to Dartmouth’s Special Collections to create an endowment for the acquisition of rare books and manuscripts. It remains the largest endowment in support of Special Collections. 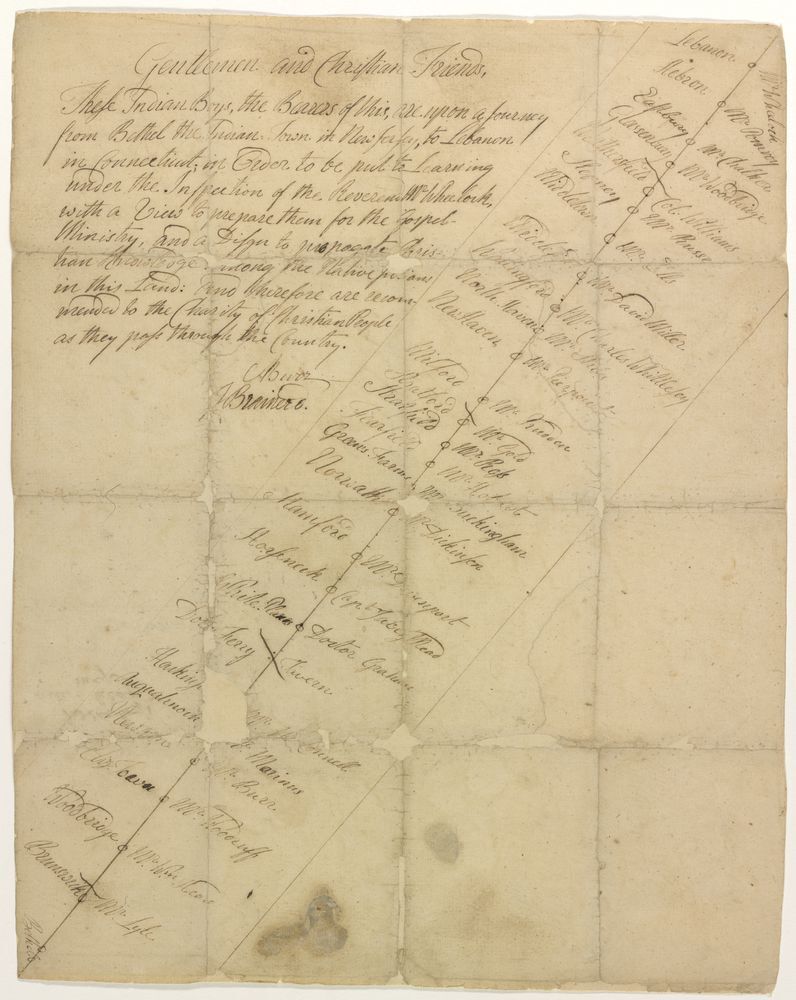 This document served as both a map and a kind of passport for a group of Native American students making their way to Eleazar Wheelock’s Moors Indian Charity School, the direct predecessor to Dartmouth College.